A Little Touch Of Schmilsson In The Night 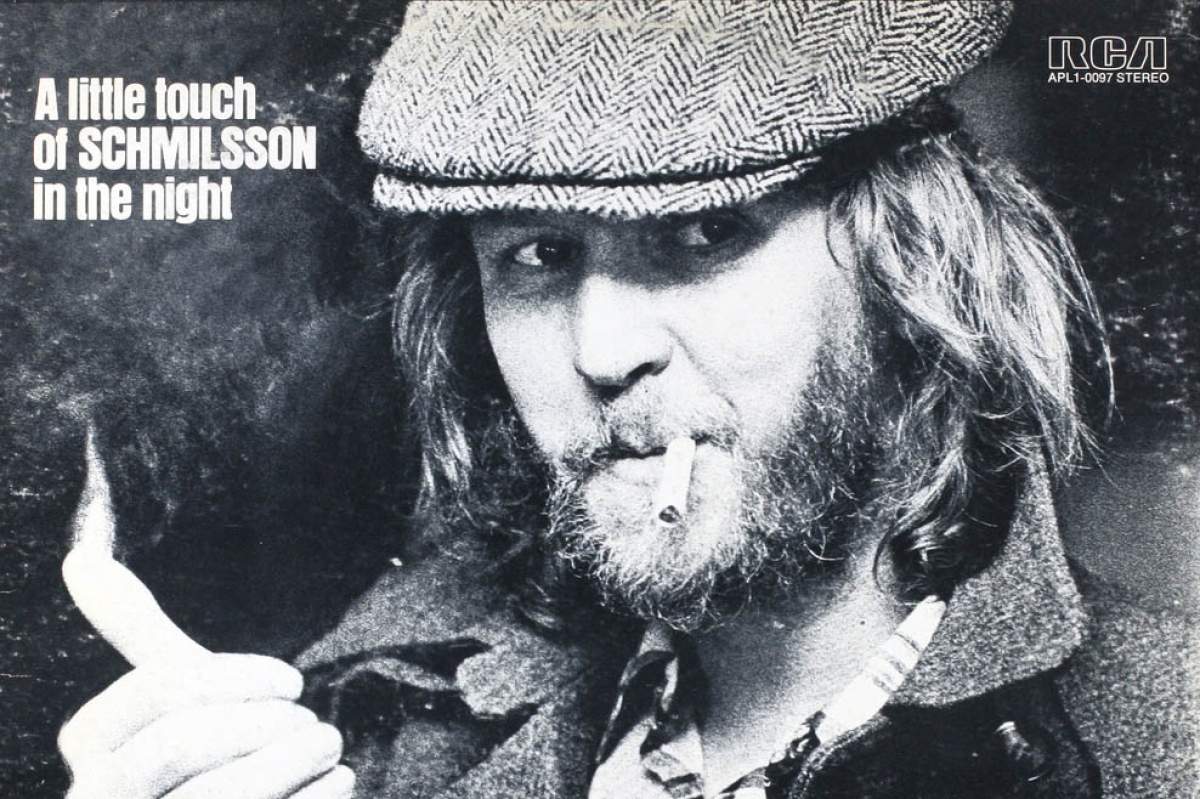 In 1973, singer-songwriter Harry Nilsson released an album of standards from the Great American Songbook-an adventurous and unprecedented move for someone in the height of their powers in the rock era. We're featuring that album on this episode, as well as examining Nilsson's musical career and hearing the work of the album's chief orchestrator and conductor, Gordon Jenkins.

Nilsson was a unique character in pop music. A multiple-Grammy award winner, championed by a host of musicians, including Lennon and McCartney, heÂ was a talented singer and songwriter who achieved success without ever having a major, live public performance. Before he became known as a notorious reveler in the late 1970s, Nilsson maintained three distinct and successful musical careers.

One, he was singer-songwriter, known for performing his own ironically-penned songs in styles that ranged from heartfelt ballads to raucous rock anthems ("Jump Into the Fire") to humorous novelty songs ("Coconut"). Nilsson had a gift for melodic invention as good as Paul McCartney or George Gershwin, but his songs were always imbued with detached irony that made him a bit of an oddball-perhaps no more evident than in "The Moonbeam Song" off of 1971'sÂ Nilsson Schmilsson.

But before he was a singer-songwriter, Nilsson started out his career as simply a songwriter who wrote for other artists. In fact, some of his best-known songs were performed by other artists, including Glen Campbell ("Without Her"), Fred Astaire ("The Wailing of the Willow"), Three Dog Night ("One (Is the Loneliest Number)"), and the Monkees ("Cuddly Toy").

Finally,Â Nilsson was also a skilled musical interpreter. Blessed with a delicate, angelic tenor, some of Nilsson's most well-known songs (including the songs for which he won Grammy awards) were his tender interpretations of other people's music, including Fred Neil's folk-heavy "Everybody's Talkin'" from Midnight Cowboy,Â Badfinger's power ballad "Without You," and an entire critically-acclaimed album of Randy Newman songs from 1970 calledÂ Nilsson Sings Newman.

When Nilsson decided to perform an album of standards in 1973, at the height of his musical influence and power, it was considered career suicide for an artist groomed in the rock era. And since Nilsson would often perform with his tongue placed firmly in cheek, no one was quite sure if this endeavor was a farce.

But Nilsson and his producer Derek Taylor (the Beatles' former press officer, who had never produced an album before) took the album very seriously. For this, they wanted to employ an arranger who could give the music an appropriate treatment-someone who they felt had the knowledge and the talent to support their project.

Their initial thought was Nelson Riddle, Sinatra's arranger for Capitol in the 1950s, although Taylor feared that his own left-wing politics wouldn't mesh with the older Riddle. Billy May was also considered, but his arrangements were too brassy for their vision. The duo settled on Gordon Jenkins, the man who arranged for Frank Sinatra, Ella Fitzgerald, and Nat King Cole.

Jenkins was the perfect fit. His arrangements were smart, lush with strings, and had the right delicate touch for the late-night album Nilsson was envisioning. Both Nilsson and Jenkins were Grammy winners too. Jenkins won in 1966 for his orchestral arrangement of "It Was A Very Good Year" from Frank Sinatra's youthful reflection album September of My Years.

It was a marvel the two ever got together in the first place, with Jenkins being of a completely different generation than Nilsson. But Jenkins was immediately impressed with Nilsson's musicianship, so he canceled his other engagements to jump at the opportunity. The sessions took some getting used to-Nilsson had to get used to singing with a conductor, and Jenkins had to get used to spending more time working things out in the studio. Nilsson even ending up singing one of Jenkins's own songs, the song "This Is All I Ask."

A Little Touch of Schmilsson

Nilsson wasn't the first artist from the rock era to consciously look back at the Great American Songbook. That distinction goes to Ringo Starr in 1970, whose album Sentimental Journey includes all standards, like Hoagy Carmichael's "Stardust" and Cole Porter's "Night and Day," featuring arrangements by Quincy Jones, Oliver Nelson, and Paul McCartney. With the weight of the Beatles' fame behind him, Starr could get away with an album featuring the music of his parents' generation-the whole album was a present for his mother, after all.

However, Nilsson's album-which followed very closely-should be considered the first valiant effort at an album of standards. Not only did he possess a vastly superior voice to Ringo Starr, but his decision to use Gordon Jenkins, an arranger for Sinatra and Nat King Cole, gave the album a certain pedigree.

One tip he did take from his years working in the late 60s rock scene was to unify the album with some musical cues. The whole album has a rough narrative arc, from infatuation, through courting, marriage, separation, and ending with old age. The opening track is the little known "Lazy Moon" by Bob Cole and J. Rosamund Johnson-but he includes a touch of the song "As Time Goes By," a theme that returns throughout the album.

The album's title comes from a play on words from Shakespeare. In the play Henry V, right before the Battle of Agincourt, the chorus gives some reassurance with the line "A Little Touch of Harry in the Night." Harry Nilsson gives it his signature ironic twist by adding his nickname from his previous albums Nilsson Schmilsson and Son of Schmilsson. The dreamy album is perfectly suited to late-night listening, so it all seemed to fit.

The track that might have inspired the whole album was "It Had to be You," the Islam Jones and Gus Kahn classic. Nilsson first performed the song during an outtake from the album session for Son of Schmilsson. Here, he ad-libbed a joke lyric about a very tall woman, which made it onto this album. That bit of humor is pure Nilsson and not Gus Kahn, despite what the original liner notes to the record say. The song also included a quotation of "Over the Rainbow"-another one of those unifying themes, but from a song that didn't make it onto the final cut of the album. The final track from the album, "As Time Goes By" which ends the album's journey from new love through old age. was the only cut that happened to get any serious radio play.

Reflecting back on the album years later, Nilsson remarked that A Little Touch of Schmilsson in the Night was his best work, despite the commercial risk. An earnest effort at the Great American Songbook didn't sell to Nilsson's younger fan base. Standards were old or novelty. (This was the era of Tiny Tim, after all.) But Nilsson was still happy he recorded it when he did. Shortly after, his personal life devolved into a cycle drinking and drugs, which placed a strain on his voice.That flexible angelic tenor that made him famous, was gone within a few years.