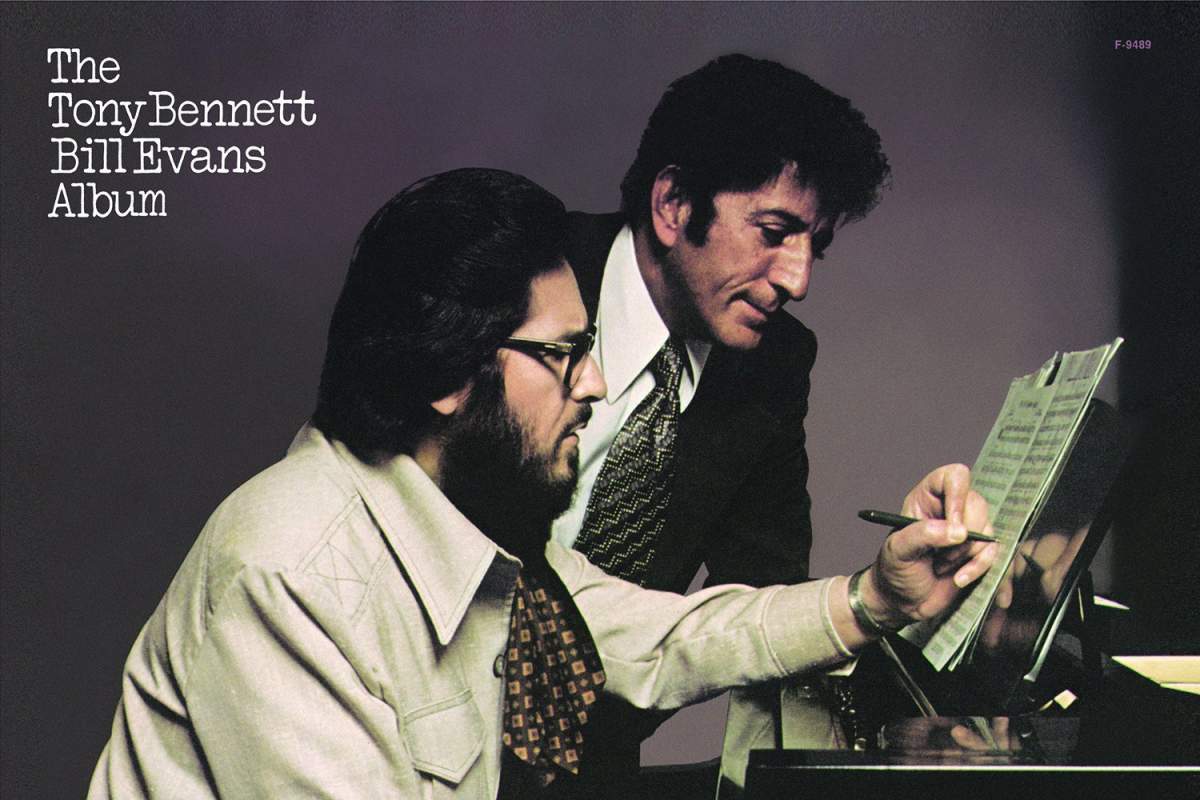 In 1975 and 1976, pianist Bill Evans and singer Tony Bennett teamed up for a pair of recording sessions which led to two legendary albums: The Tony Bennett/Bill Evans Album and Together Again. On this program, we'll feature several tracks from those albums, as well as one of the only other times that Evans teamed up with a singer, that was with Swedish singer Monica Zetterlund. We'll also bring you our usual mix of standards sung by Mark Murphy, Sarah Vaughan, and others.

Tony Bennett and Bill Evans seem like an unlikely pair: Bennett, the outgoing crooner and Evans, the introverted virtuoso. Their friendship goes back to 1962, when they were both on a bill to perform for President Kennedy at the White House (Bennett was performing with Dave Brubeck at the time). They respected each other's artistry and especially their commitment to performing quality songs - of course, it may have helped that Bennett was one of the first pop stars to record Evans's most famous composition "Waltz for Debby." In 1968, Evans even called Bennett his favorite singer in a touching tribute on the 20th anniversary of Bennett's career in show business.

Despite these years of mutual respect, their collaboration as artists only occurred with the encouragement of a mutual friend, singer Annie Ross. Evans's manager Helen Keane worked out a two-record deal, the first album The Tony Bennett/Bill Evans Album for Fantasy Records (where Evans was signed) and the second album Together Again for Improv Records (the new label that Bennett created). The duo toured together in between recording sessions as well, performing at the Newport Jazz Festival in 1976 and at Carnegie Hall.

The two sessions show the artists in complete collaboration. It's not the typical album featuring singer with accompaniment, but rather a duet between two great artists, not unlike the 1955 album Duet between June Christy and Stan Kenton. The first album was a rushed affair, recorded in about three days with little preparation. The two would decide on a tune, spend about 45 minutes figuring out the arrangement, and then put it on tape with the engineer. For the second album, the duo had the luxury of performing together in the interim, so the arrangements are more nuanced.