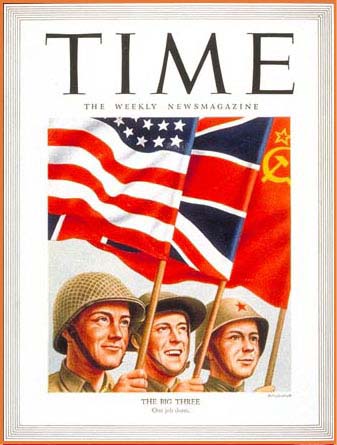 Afterglow marks this holiday weekend with a program that looks at the tragic, triumphant, and ultimately uncertain year of 1945.

News clips, interviews with historian Jim Madison and American home-front civilians, and the music of Bing Crosby, Frank Sinatra, Louis Armstrong, Charlie Parker and others retell the story of 12 months that saw the death of president Franklin Delano Roosevelt, the discovery of the Nazi death camps, the dropping of the atomic bomb on Japan, the end of a six-year-long conflict that had claimed 60 million lives--and the changes and expectations that Americans experienced in the aftermath.

Watch a newsreel highlight film of the events of 1945:

Watch Perry Como reprising one of 1945's biggest hits, "Till the End of Time," on an early television appearance: