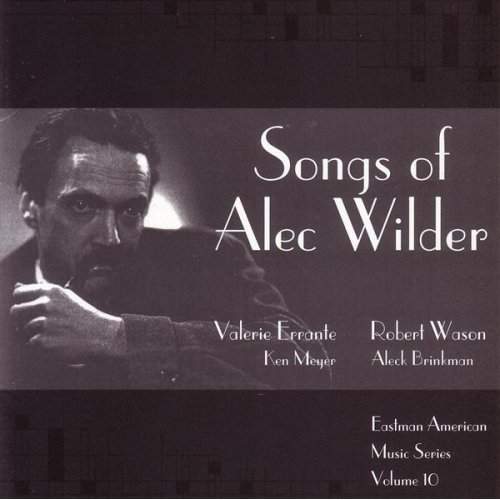 This week on Afterglow it's "The Alec Wilder Songbook," in honor of the composer's centennial.

Writer of "A Child Is Born," "I'll Be Around," "Who Can I Turn To," "While We're Young," and many other songs that have achieved status as minor classics in the Great American Songbook canon, Wilder was also the author of the book American Popular Song , a study of the great songwriters of the 1900-1950 era.

Wilder was often described as a sort of rumpled, East-Coast-academic looking fellow, and he was part of the Algonquin crowd in New York City; in addition to songs, he also wrote quite a few classical compositions.