Swingin' on the Moon 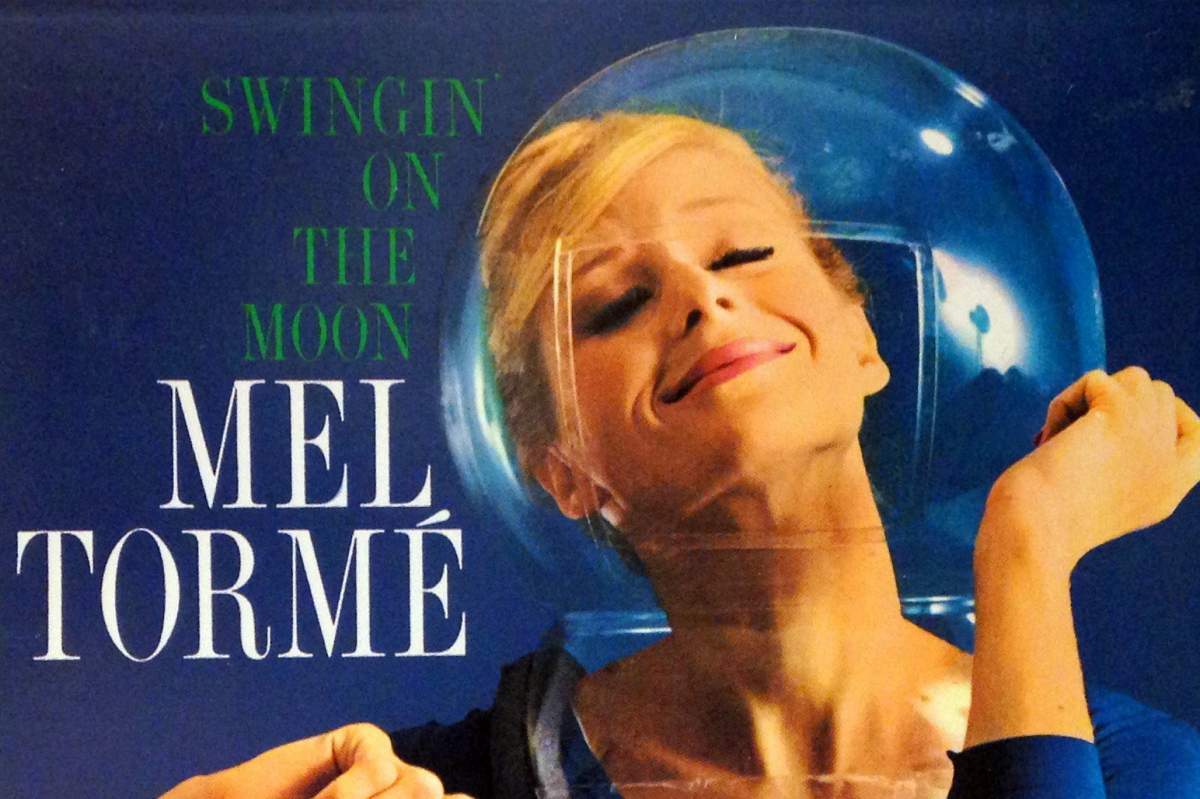 Nine years before Neil Armstrong took one small step onto the moon, Mel TormÃ© was busy singing, or rather, swinging about our lunar companion. His 1960 Verve album Swingin' on the Moon is a concept album of sorts, featuring twelve moon songs from the Great American Songbook interpreted by the legendary crooner, with some swinging arrangements by the Russell Garcia Orchestra.

Of course, in 1960 with Sputnik having recently took off and the Mercury Space Program in full swing, the moon was on many people's minds. The cover of TormÃ©'s album actually features a very hip-looking young woman sporting a space helmet. It's also funny how these moon songs are such reflections of their time. In a song like "I Wished on the Moon," written in the 1935, the moon is a romantic symbol, almost like an imaginary place to hang your dreams upon. But for the title track of TormÃ©'s album, "Swingin' on the Moon," a song written in 1960 by TormÃ© himself, the moon becomes a real place you can can go to. The lyrics even include references to a "space-commuter" and a "rocket."

On this show, we'll feature several tracks from TormÃ©'s album, along with a host of other moon songs-ranging from Jimmy Van Heusen's "Polka Dots and Moonbeams" to Van Morrison's "Moondance"-performed by Sarah Vaughan, Carmen McRae, Bobby McFerrin, and others.