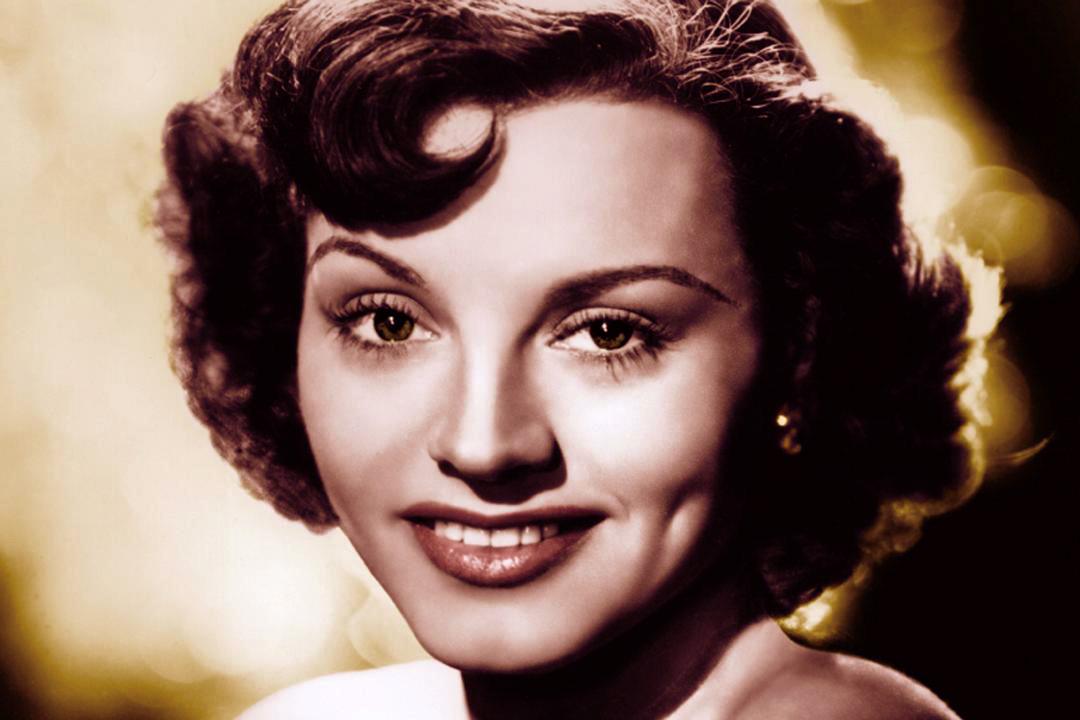 Kay Starr was a pop star for Capitol Records throughout the 1950s and 60s, but could also sing jazz, country, and blues. (Credit: Album Cover)

On this week’s program, I turn the spotlight on one of the greatest jazz voices of the 20th century, Kay Starr. Starr got her start in the 1940s, combining a country twang, a blues style, and a swing sensibility into a voice that was fresh, fun and inviting. I’ll feature a number of Kay Starr’s recordings from the 1940s, 50s and 1960s, focusing on one aspect: her infectious sense of swing. We’ll hear Starr performing such uptempo numbers as “Them There Eyes” and “The Best Things In Life Are Free.”

Charlie Barnet and His Orchestra

Kay Starr is a hard singer to define. She was a pop star, and some her biggest hits were basically country songs, reflecting her Oklahoma and Texas roots. But at the same time, Billie Holiday once said that Kay Starr was “the only white woman who could sing the blues.”

The thing that ties most of Starr’s singing together is her infectious sense of swing. Whether she was singing jazz, pop, country or blues, Starr had rhythm coursing through her veins. Starr got her start right in the middle of the swing era. When she was still a teenager, she was singing in the big bands of Joe Venuti, Bob Crosby, Glenn Miller and Wingy Manone. Her first significant partnership however was with saxophonist Charlie Barnet.

She joined his group as their “girl singer” in 1944, when she was 21 years old, and stuck with him for a year. In that time, she recorded a number of sides, including “You Always Hurt the One You Love” and “Into Each Life Some Rain Must Fall.”

With Barney Bigard, Nat King Cole and Others

Starr left Barnet’s group after about a year, when her voice gave out from singing too much. After she recovered, she moved around a bit for the next two years, making small appearances on a variety of labels. One of those labels was the Lamplighter Label, based in California, where she recorded a number of jazz standards with clarinetist Barney Bigard, including “St. Louis Blues” and “Stardust.”

During this time in the mid 1940s, she also sat in with an all-star jazz session for Capitol Records called the Capitol International Jazzmen, featuring Nat King Cole on piano, Benny Carter on alto saxophone, Bill Coleman on trumpet, Coleman Hawkins on tenor sax, and Max Roach on drums. Not long after this, Kay Starr would be signed as a solo artist on Capitol. With this all-star group, she recorded songs like “Stormy Weather“ and “If I Could Be With You.“ Not long after, Starr was signed to Capitol as a solo artist.

Right after recording with the Capitol International Jazzmen and Barney Bigard, Kay Starr made a few recordings with trumpeter Billy Butterfield and his Quintet. This was late in 1947 and early in 1948. She was still only about 25 years old, but her bluesy jazz style was even more mature. Her versions of Maceo Pinkard’s “Them There Eyes” and Styne/Cahn’s “It’s A Great Feeling“ are standout recordings from these sessions.

In the late 1940s, Starr also recorded a large number of radio transcriptions, songs made not for distribution but rather only for radio airplay. She mostly did these for the Standard Transcription company out of Hollywood, recording with different bands, including Joe Venuti’s and Buzz Adlam’s orchestra.

These Standard Transcriptions, which have been released on CD recently, are among her best jazz recordings, and feature excellent renditions of “It’s A Good Day,” “You’ve Got To See Mama Ev’ry Night (Or You Can’t See Mama At All),” and “The Best Things In Life Are Free.”

In 1947, Starr was signed as a solo artist with Capitol Records. Over the next decade, she would become one of the biggest selling artists on the label, but not by singing the same jazz standards she had been performing in the 40s. Those well-known jazz tunes usually went to Peggy Lee or Jo Stafford, more established artists on the label.

Instead, Starr found success doing rarer tunes, either brand new songs with a country sound like “Wheel Of Fortune” or “I’ll Never Be Free,” or forgotten tunes from the early 20th century, like “Side By Side,” the traditional fiddle tune “Bonaparte’s Retreat,” or this one, “I’m The Lonesomest Gal In Town.” She did record several blues pop records as well, including the blues number “Kay’s Lament,” which she made with the vocal group The Lancers in 1952.

When Starr first joined Capitol in 1947, the label did have her record a single jazz session with arranger and saxophone player Dave Cavanaugh. Nothing happened with this session—most of the songs were unissued, and Capitol pushed her a new direction as a pop singer soon after. But the session includes songs like “Believe It, Beloved” and “Between A Kiss And A Sigh,” showing off Starr’s incredible ability to keep up with some of jazz’s best.

In the mid 1950s, Kay Starr made a brief jump to RCA Records, recording a couple of albums and some hit novelty songs like “The Rock and Roll Waltz.” But then in 1959, she returned to Capitol, where she recorded several albums in different styles. This included a collection of heartbreaking ballads on the standout record called I Cry By Night, plus a few authentic country albums.

But, Capitol also had Starr return to her swing roots. Her first swing revival record was the 1959 album Movin’, featuring arrangements by Van Alexander and produced by her old friend Dave Cavanaugh (now a big shot at Capitol). On this record, she recorded upbeat numbers like “On A Slow Boat To China” and “Swingin’ Down The Lane.”

Starr followed up Movin’ the next year with the similarly titled album Movin’ On Broadway, also arranged by Van Alexander and produced by Cavanaugh. This album, as you may have guessed, featured uptempo numbers all from the Great White Way, like Comden and Green’s “Just In Time” or Cole Porter’s “C’est Magnifique.”

That same year, Starr teamed up with Van Alexander yet again to create a jazzy album appropriately titled Jazz Singer. The album mostly consists of early jazz and blues tunes from the 1920s like “Hard-Hearted Hannah,” featuring Starr in full blues shouter mode plus the addition of an electric organ by Alexander.