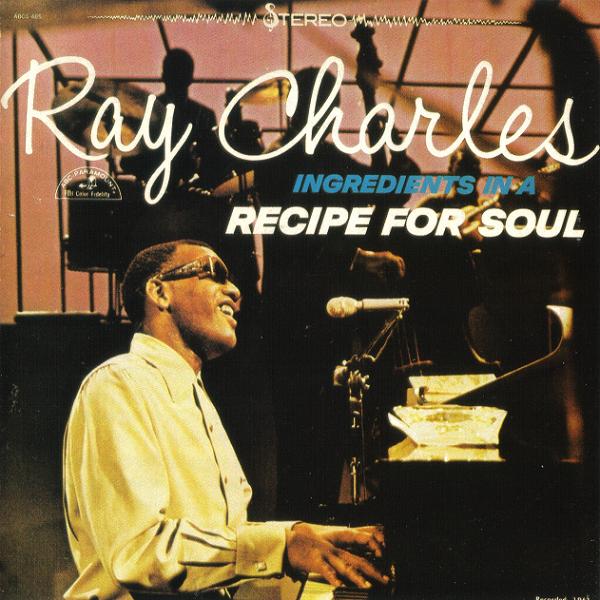 James Brown, the Godfather of Soul, singing Sammy Cahn and Jule Styne's ballad "It's Magic"? Diana Ross of the Supremes crooning Vernon Duke and Ira Gershwin's "I Can't Get Started"? As jazz writer Francis Davis has pointed out, waxing American songbook sides was a far from unheard-of practice as the R and B genre began to become popular. Soul and rock â€˜n roll artists would often throw in a standard or two on their LPs, and singers who had come up in the world of the 1940s, 50s and 60s and who gained R and B fame then or later had almost had to have cut their teeth on standards, working in supper clubs and other venues. Here are some of the artists featured on the show:

Diana Ross recorded what became a "lost album" in the early 1970s, not long after she'd finished playing Billie Holiday in the movie Lady Sings the Blues. Ross had left the Supremes in 1970, and her casting as Holiday proved to be controversial. The lost album, titled Blue, was done in addition to the soundtrack she did for the movie, and it too consisted of the kind of material that Holiday had sung. But the album was shelved-perhaps, according to some accounts, because it was intended for release if Ross won an Oscar for the movie, which she did not. Blue finally came out in 2006, and it gives us a great opportunity to hear the Supremes' former star singer in her prime paying tribute to the Great American songbook.

Lou Rawls' Road Through the Standards

Lou Rawls is a singer who's generally categorized as R and B or soul, but with a lot of jazz and blues in his style as well--evidence that these categories are somewhat artificial. Like many African-American performers his youthful musical training was grounded partly in church singing, and he was a member of the gospel group the Pilgrim Travelers. In 1962 he signed with Capitol Records, the start of his path to eventual success as an R and B singer, but early on he made a couple of albums in jazz settings, including Tobacco Road, a 1963 collaboration with the underrated West Coast arranger Onzy Matthews. We'll hear several standards from it, including the Gershwins' "Summertime" and the Harold Arlen-Ted Koehler classic "Stormy Weather."

Gladys Knight is well-known to many listeners as the lead singer of Gladys Knight and the Pips, which got its start on Motown Records in the late 1960s and scored a number of soul hits in the 1970s such as "Midnight Train to Georgia." In 2006 Knight released a jazz standards CD she called Before Me, and in the liner notes she talked about listening to, seeing, and working with great jazz-vocal artists such as Ella Fitzgerald, Lena Horne, and Sarah Vaughan when she'd been coming up as a singer herself. "They set the pace, they set the standard, and the bar is very high," Knight wrote. "I wanted to pay homage to these great people, but also to this extraordinary music that they made popular. This is music that will never die."

Listen to Aretha Franklin sing "What a Difference a Day Made":