The Songs Of Razaf And Waller 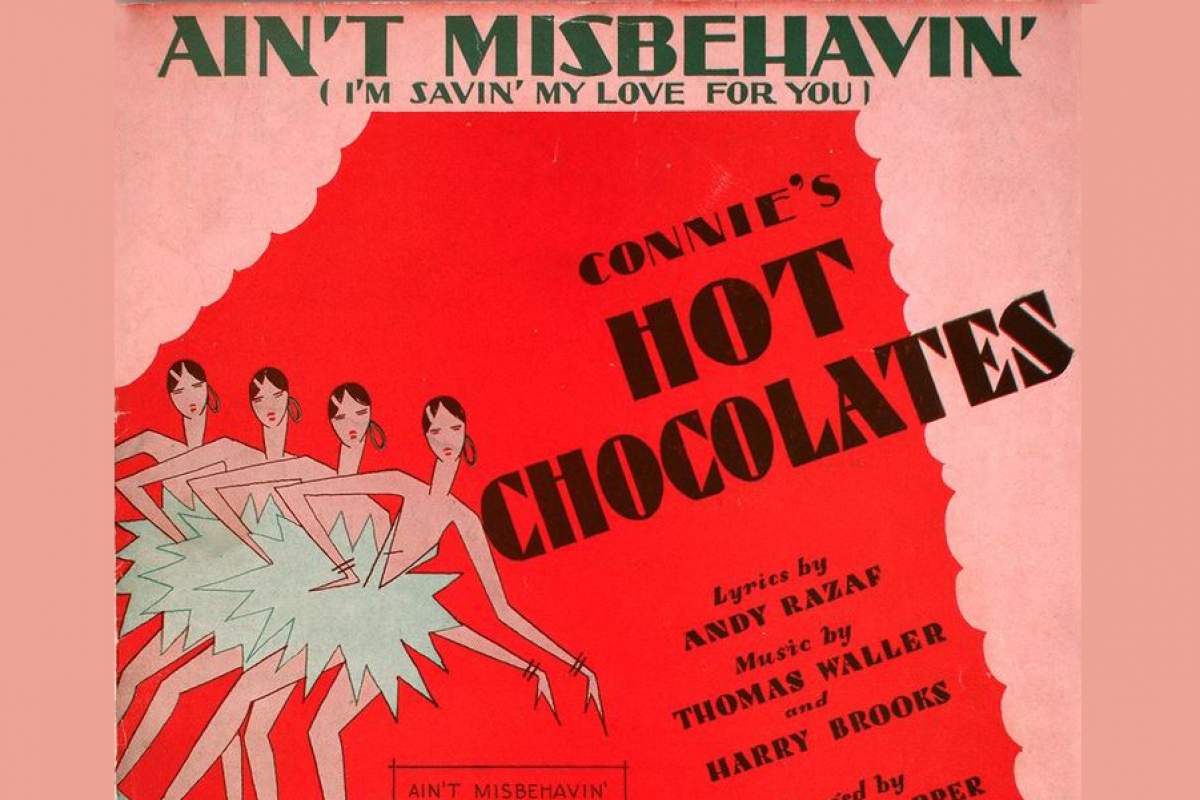 “Ain’t Misbehavin'” was one of the many songs by Andy Razaf and Fats Waller featured in the Broadway musical “Connie’s Hot Chocolates.”

On this program, I feature the music of two songwriters: one was born Harlem, the other born into a royal family from Madagascar. But together they created some of the most beloved songs of the Great American Songbook, like "Ain't Misbehavin" and "Honeysuckle Rose." Andy Razaf and Fats Waller were African-American trailblazers who worked against discrimination in the early days of Tin Pan Alley songwriters. We'll hear their music as performed by Louis Armstrong, Sarah Vaughan, and more.

Songwriter Andy Razaf was born Andreamentania Razafkeriefo in Washington D.C. in 1895. He was a descendent of an actual royal family from Madagascar, but a refugee in the U.S. His mother moved him to Harlem when he was young, and as a teenager he worked in a Tin Pan Alley building as an elevator operator. Soon, he began to write his own songs (under the easier to pronounce pseudonym Andy Razaf). But he quickly gained more attention as a budding Harlem poet.

Eventually, this budding Harlem poet crossed paths with the budding Harlem pianist Thomas "Fats" Waller. Waller was a personality with a penchant for drinking, and different from the more conscientious Razaf in many ways. He was a preacher's son, and he learned stride piano (against his parents' wishes) from the Harlem piano master James P. Johnson. Razaf and Waller found an unlikely kinship in one another, and set off together to enter the hectic fray of the songwriting industry in the 1920s.

One of the first songs that Waller published was "Squeeze Me"  in 1925, a tune based on a racy blues number called "The Boy In The Boat." In the cutthroat world of songwriting, Razaf and Waller often never got proper credit for songs they wrote. The lyrics to "Squeeze Me," for instance, are credited to music published Clarence Williams. Although Razaf claimed years later that he actually wrote the song's lyrics.

These kinds of disputes were rampant in Waller and Razaf's early years as songwriters. As two African-American songwriters in the early 20th-century, their disenfranchisement was more pronounced than your average songwriter. Often, they would sell songs for a flat fee to more successful songwriters. That's likely the case for the song "I Can't Give You Anything But Love." In interviews, both Waller and Razaf have claimed the song, but its official credit goes to Jimmy McHugh and Dorothy Fields.

The duo's success in the early years was buoyed by Louis Armstrong, who was among the first to perform their songs. In 1927, Armstrong at his Hot Seven recorded the Waller and Razaf instrumental tune "Alligator Crawl." He would go on to record many more by the duo in the next few years, including "S'posin," ""Black And Blue," and "Sweet Savannah Sue."

Louis Armstrong also played a key role in Waller and Razaf's first bit of superstardom as a songwriting pair. The duo had begun writing musical revues for the Harlem nightclub Connie's in the late 1920s. One of those revues moves from Harlem to Broadway under the new title Connie's Hot Chocolates. This show made history in 1928 when Armstrong emerged from the pit orchestra to perform the Waller and Razaf tune "Ain't Misbehavin," a move that made Armstrong a household name.

Connie's Hot Chocolates was the source of many of Waller and Razaf's biggest early hits, including "Ain't Misbehavin'," "Blue Turning Grey Over You," and "(What Did I Do To Be So) Black And Blue." Hot Chocolates was a big success on Broadway, but amazingly Waller didn't make much money from it. He still earned most of his money as a pianist and singer. He sold the rights to all of his songs from Hot Chocolates to publisher Irving Mills for a flat fee of $500.

Nonetheless, after Broadway, the musical itself was revived in Harlem at Connie's nightclub where it first premiered, and Waller and Razaf contributed more songs to the revival. One of those tunes was a throwaway dance number called "Honeysuckle Rose," which ended up being a big hit for the duo, when it was performed by Benny Goodman, Dinah Shore, and Waller himself.

Keeping Out Of Mischief

After the success of the Broadway musical Hot Chocolates, Andy Razaf and Fats Waller only worked together sporadically over the next years as a songwriting duo. They wrote a few more tunes together, like "Keepin' Out Of Mischief Now," "Ain'tcha Glad?," and "It's You." Instead, in the 1930s Waller focused mostly on performing, while Razaf focused mostly on songwriting, writing songs with a variety of partners.

Razaf contributed to a number of famous jazz standards over the years, including the lyrics to the Benny Goodman and Chick Webb tune "Stompin' At The Savoy," and the songs "S'posin'," "You're Lucky To Me," "Memories Of You," "Knock Me A Kiss," "Gee Baby, Ain't I Good To You," and "Christopher Columbus," with songwriters like Don Redman, Leon Berry, Paul Denniker, Mike Jackson, and more.

Waller, on the other hand, mostly abandoned songwriting to focus on performing. He was a gifted stride pianist and a vibrant, larger-than-life comic singer. He had a string of success recordings for RCA throughout the 1930s, and even appeared in films like Stormy Weather. His performing and songwriting career was cut short in 1943, when Waller died of pneumonia at the young age of 39.