After a strange summer last year, this year, it looks as if we may be returning to something a little more normal. So in that spirit, I’ll be returning this week to an Afterglow tradition, saluting the warm weather with a songs of the season episode for Summer.

This hour, we’ll hear some summertime favorites from the Great American Songbook, both familiar and less familiar. Coming up, I’ll have some odes to the heat from Mel Torme and Ella Fitzgerald, a song each about June, July, and August, and other tunes from Nat King Cole, Nancy Wilson, Frank Sinatra, and more.

It’s Songs of the Season: Summer, coming up next on Afterglow

Mark Chilla here on Afterglow. It’s an Afterglow tradition this week, saluting yet another changing of the season with some songs about summer. The songs of summertime in the Great American Songbook are generally breezy, wistful, and generally easy and carefree, not unlike the season itself.

Of course, summer is also hot. So we’ll kick off this set with Cole Porter song all about a frequently heard summertime complaint. This is Mel Torme in 1960 with “Too Darn Hot,” on Afterglow.

Heating things up, that was Ella Fitzgerald in 1958  with Irving Berlin’s “Heat Wave,” and Mel Torme in 1960 with Cole Porter’s “Too Darn Hot.”

Heat is not the only weather phenomenon of the summer. You might get a summer storm or two, or possibly some abundant blue skies <clip> But there are also other kinds of summer weather that songwriters have written about.

Here’s one from Johnny Mercer and Heinz Meier (mayer) that became a Billboard hit for Frank Sinatra in 1966.

This is Sinatra with “Summer Wind,” on Afterglow

Some songs about summer weather. We just heard Bing Crosby and Peggy Lee in 1952 with their single “Watermelon Weather,” a song by Hoagy Carmichael and Paul Francis Webster. We heard Frank Sinatra before that with “Summer Wind.”

Summers are usually known for their long, sunshine filled days. But here are two songs about those shorter (but still warm and romantic) summer nights. I’ll start with a song by Harry Warren and Al Dubin. This is singer Helen Carr with “Summer Night,” on Afterglow.

June Christy—an appropriate name for the summer—with the Andre Previn and Milton Raskin tune “Lost In A Summer Night.” That comes from her album Gone For The Day, recorded in the summer of 1957 and arranged by Pete Rugolo. Before that, Helen Carr in 1955 with “Summer Night,” by Harry Warren and Al Dubin.

We’re bringing you our annual salute to summer on this episode. Since we just heard from June Christy, let’s explore some songs about each of the summer months: June, July, and August.

I’ll start with another song written by Hoagy Carmichael and Paul Francis Webster.

This is Johnny Mercer with nothing’s half as nice as “Memphis In June,” on Afterglow.

A little trip around the summer calendar. We kicked things off with Johnny Mercer and “Memphis in June,” followed by Helen Forrest with Artie Shaw and his Orchestra and “The Last Two Weeks In July,” and just now we heard Julie London from her album Calendar Girl with “Time for August.”

We’ll have more songs of summer in just a bit.

Welcome back to Afterglow, I’m Mark Chilla. We’ve doing one of our songs of the season episodes this time around on the program, saluting the lazy, hazy, crazy days of summer.

This summer song was a pop hit for Nat King Cole in 1963, based (believe it or not) on a German song. Some record producer must have thought at one time that Nat King Cole had the perfect summertime voice, because he recorded at least a half dozen summer songs, including the whole 1963 album Those Lazy-Hazy-Crazy Days of Summer.

I’ll play a few of those Nat King Cole summer songs now, beginning with one of my favorites. Here’s Nat King Cole and Pete Rugolo’s orchestra in 1952 with Alec Wilder and Marshall Barer song “Summer Is A-Comin’ In,” on Afterglow

Nat King Cole - This Morning It Was Summer (

Three Nat King Cole summer songs. We just heard him and George Shearing with “Guess I’ll Go Back Home This Summer,” a bonus track from their 1961 album together. Before that, the Bob Haymes song “This Morning It Was Summer,” recorded in 1958. And starting that set, “Summer Is A-Comin’ In,” an Alec Wilder song recorded in 1952. Cole also recorded other summer songs like “In The Good Ole Summertime” and “That Sunday, That Summer.”

Now, though I’d like to feature a sad, and nostalgic summertime song from one of my all-time favorite albums. Starting this next set of summer songs is Blossom Dearie. This is the title track from her 1958 album, the Johnny Mercer and Michel Legrand song “Once Upon a Summertime,” here on Afterglow.

Blossom Dearie - Once Upon a Summertime (Legrand/Barclay/Marnay/Mercer)

A late summer song that might really be about the early days of fall, and one that’s pretty rare, in fact. That was singer Beverly Kenney and pianist Ellis Larkins in 1958 with “A Summer Romance,” written by Lester Judson and Raymond Taylor.

Before that, we heard Carmen McRae with “Summer Song,” written by Dave and Iola Brubeck from their 1961 civil rights jazz musical The Real Ambassadors, a really interesting slice of jazz history. And the first song in that set, Blossom Dearie in 1958 with “Once Upon A Summertime.

Our summertime show has wound down to its close, so let’s end on a song that reflects on summer passed. This particular song was written just after World War II by Jule Styne and Sammy Cahn. This Nancy Wilson and pianist George Shearing in 1961 with “The Things We Did Last Summer,” on Afterglow.

Nancy Wilson and the George Shearing Quintet with Sammy Cahn and Jule Styne’s “The Things We Did Last Summer.” And thanks for enjoying these songs of the summer season with me on Afterglow. 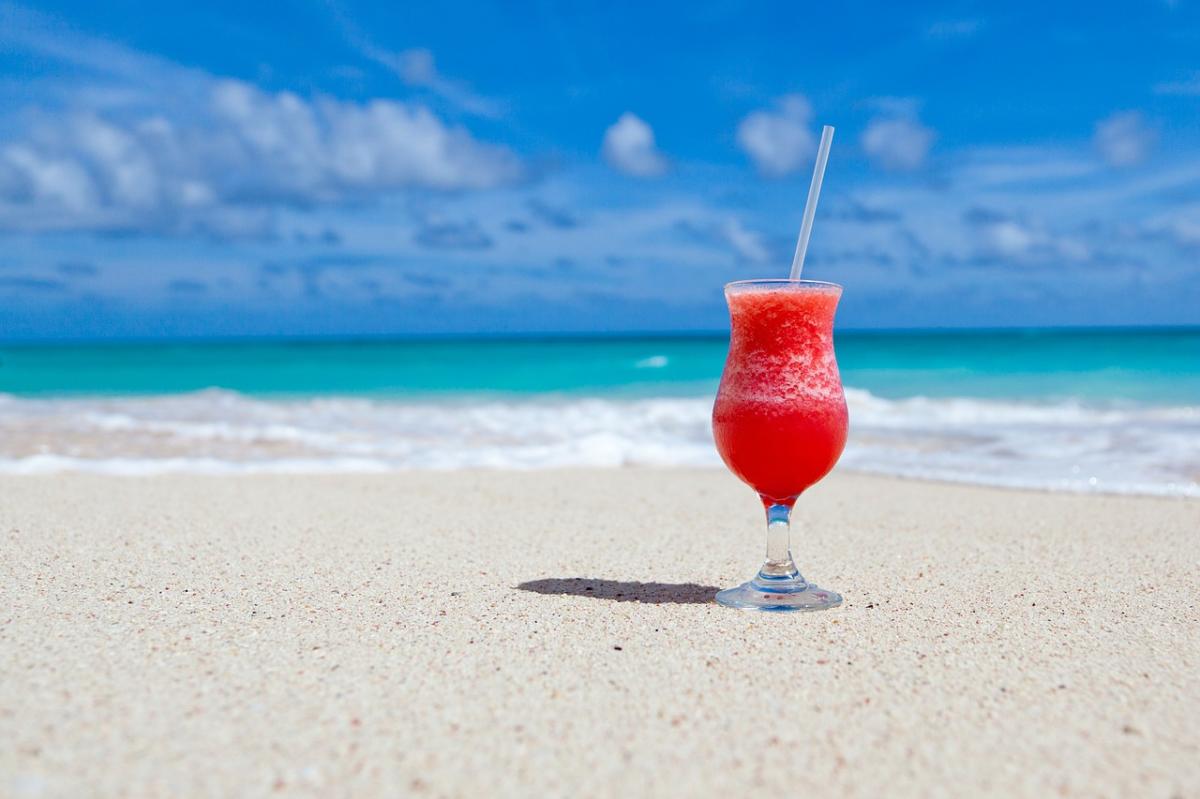 Lay back and enjoy some summertime tunes from the Great American Songbook! (Pixabay)

After a strange summer last year, this year, it looks as if we may be returning to something a little more normal. So in that spirit, I’ll be returning this week to an Afterglow tradition, saluting the warm weather with a songs of the season episode for Summer.

This hour, we’ll hear some summertime favorites from the Great American Songbook, both familiar and less familiar. On this program, I’ll have some odes to the heat from Mel Torme and Ella Fitzgerald, a song each about June, July, and August, and other tunes from Nat King Cole, Nancy Wilson, Frank Sinatra, and more.

Did I miss your favorite summer song from the Great American Songbook? Let me know at mchilla at indiana dot edu!