The Songs Of Hal David And Bob Dylan 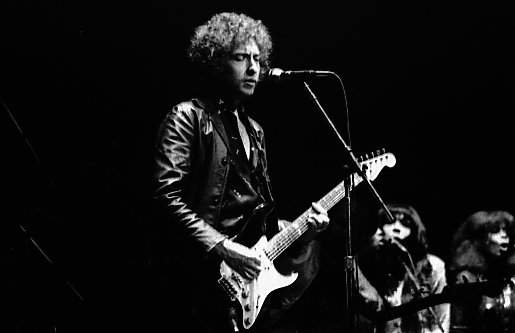 This week on Afterglow we pay tribute to the songs of two writers-lyricist Hal David, born on May 25, 1921, and best known for his many hit collaborations with Burt Bacharach, and Bob Dylan, who played a key part in the sound of the 1960s with songs like "Blowin' in the Wind" and "Like a Rolling Stone," and who was born on May 24, 1941.

Dylan and David were two songwriters whose work held sway, in one way or another, over the 1960s pop landscape. It was an interesting time in the songwriting business, with performers themselves like Dylan and the Beatles now writing their own material--something that had rarely been the case before.

There was also a marked change in the younger listening public's musical taste. The old Brill Building, songwriting factory system that had promoted the songs of people like Carole King and David and Bacharach was still functioning and generating some hits, but it was being crowded aside by young artists who were taking their cues from more countercultural figures like the Beatles and Dylan.

Bob Dylan was supposedly greatly admired by Hal David's songwriting partner Burt Bacharach; in fact, B.J. Thomas claims that "Raindrops Keep Fallin' On My Head," the hit song Thomas sang for the 1969 movie Butch Cassady and the Sundance Kid, was originally written for Dylan to sing. In spite of his vast impact, Dylan was not a songwriter who was easily admitted into the American popular-song canon; he once said something to the effect of "I'm the guy who killed off Tin Pan Alley, all that Iâ€“love-you-and-you-love-me, rikki-tikki-tikki, do-re-mi."

Such historical sentiments aside, Dylan's also written quite a few excellent songs in his own manner about love and romance, and we'll hear some of them on this program, performed by singers such as Cassandra Wilson, Curtis Stigers, and Madeleine Peyroux--modern jazz-oriented singers whose repertoire choices reflect the growing influence of pop-rock on the popular-song genre.

Hal David: The Lyrics Of Love

If you've lived through all, most, or even just a part of the past 50 years, you've probably heard a Hal David lyric, especially through his very successful partnership with Burt Bacharach. "What the World Needs Now," "Raindrops Keep Fallin' On My Head," "The Look of Love," "Do You Know the Way to San Jose?" and many other hit songs written by the duo.

Bacharach and David met in the late 1950s in New York City's legendary Brill Building, home to many music publishing companies and working songwriters. David had actually gotten his start writing some lyrics in the 1940s for bandleaders Sammy Kaye and Guy Lombardo, and his older brother Mack was a songwriter as well. He and Bacharach worked together off and on into the early 1960s and scored a couple of hits, but they really found their groove in 1962, right around the time that they began working with a young vocalist, Dionne Warwick, who would help propel a number of their songs to the top of the charts.

David once said the three things he always sought in his lyrics were "Believability. Simplicity. Emotional impact." He's an unabashed romantic, and many of his songs' narratives reflect someone either enthralled, or still enthralled by the memory of a relationship now ended.