Out Of Nowhere: The Songs Of Edward Heyman 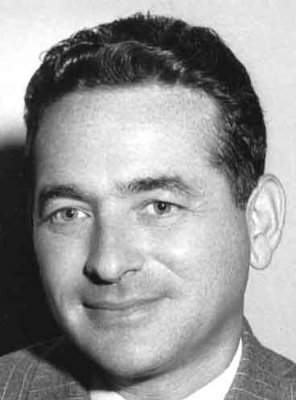 Edward Heyman gave us the words for "I Cover the Waterfront," "When I Fall In Love," "Blame It On My Youth," and the title and some of the words for "Body and Soul," among other songs. He collaborated with a number of fine melody writers, including Victor Young, Vincent Youmans, Arthur Schwartz, and perhaps most successfully, Johnny Green.

Edward Heyman was born March 14, 1907 in New York City. He attended the University of Michigan, where he began to write musicals, and then he moved back to New York and got into the Tin Pan Alley scene. In his book Stardust Melodies, Will Friedwald calls Heyman

an excellent lyricist… one of the underrated (though hardly unsung) heroes of pop-love lyrics.

Heyman eventually headed to Hollywood and enjoyed his creative heyday from the 1930s to the 1950s. He died in Mexico in March of 1981. Ironically enough, the song for which he's probably known best, "Body and Soul," was also the product of two other lyricists--and Friedwald doesn't rate it among Heyman's best work, partly because other writers were involved, calling the final result somewhat of a "mishmash." But it was Heyman who supplied the song with its memorably essential title and who crafted the architectural magic of the song's opening lines.