The Best Is Yet To Come: The Songs Of Cy Coleman 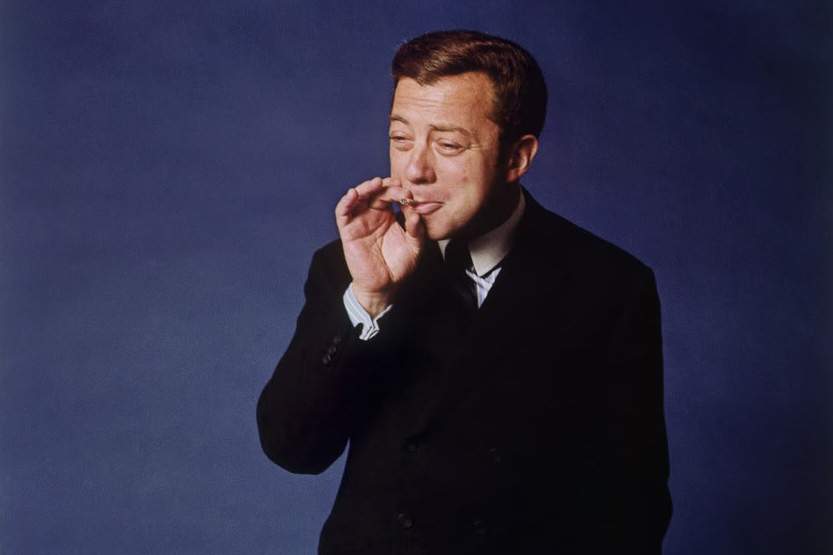 This week on the program, I'll be exploring the songs of one of the greatest composers from the second generation of the Great American Songbook, Cy Coleman. Coleman didn't get started as a songwriter until the 1950s, but he was responsible for continuing the Tin Pan Alley tradition with songs like "I Walk A Little Faster," "Why Try To Change Me Now,"Â "The Best Is Yet To Come," and "Witchcraft." On this episode, we'll hear Coleman's songs with lyricists like Carolyn Leigh and Dorothy Fields, as sung by Frank Sinatra, Blossom Dearie, and more.

With Joseph A. McCarthy, Jr.

Cy Coleman was born in 1929, over twenty years after composers like Harold Arlen, Irving Berlin, and Cole Porter, and began to write songs in the mid 1950s, after those in the first generation had already retired. Although a Cy Coleman song, like "Witchcraft" or "The Best Is Yet To Come," is very much in the mold of these original Tin Pan Alley songs.

Coleman was from New York, and showed promise as a pianist very early on.Â In the 1950s, he became known as a skilled pianist and singer, recording as the Cy Coleman Trio in the 1950s, and continuing to record and perform throughout his life. One of his most memorable solo tunes from these early years was theÂ theme to the 1959 Chicago television show Playboy's Penthouse Party hosted by Hugh Hefner.

When he was in his early 20s, he started composing for television shows on NBC, before finally making his mark as a song composer. His first collaborator was lyricist Joseph A. McCarthy Jr., an established Broadway lyricist, known for songs like "I'm Always Chasing Rainbows," written a decade before Cy Coleman was even born.

Coleman and McCarthy wrote several songs together in the mid 1950s, including "Why Try To Change Me Now," "I'm Gonna Laugh You Right Out Of My Life," and "The Riviera." Many of these songs would become standards, after being popularized by Frank Sinatra, Nat King Cole, Blossom Dearie, and others.

In 1957, Cy Coleman began a partnership with a different lyricist, and started a collaboration that would prove to be his most successful (and possibly his most difficult), and that was with Carolyn Leigh. Leigh and Coleman were both from the Bronx, and Leigh had already scored a hit as the lyricist to "Young At Heart" and "How Little We Know" by Frank Sinatra. Together, they would write about 20 songs, and two Broadway musicals.

It wasn't an easy relationship. Coleman and Leigh notoriously fought over the artistic direction of songs, often insulting each other along the way. In the end, it probably produced better results from each artist. But it destroyed their relationship after only five years.

Together, they produced songs like "Witchcraft," "The Best Is Yet To Come," "Firefly," "When In Rome," and "I Walk A Little Faster." These songs were introduced and popularized by artists like Tony Bennett,Â Barbra Streisand,Â and Frank Sinatra.

They also worked on musicals together, including Little Me, andÂ theÂ 1960 musical Wildcat. That latter show starred Lucille Ball-post I Love Lucy, in her only Broadway role-as Wildcat Jackson, a woman trying to strike it rich in the oil business. It was mostly a flop after Ball fell ill during its run, but Wildcat did produce one memorable song called "Hey Look Me Over."

With Dorothy Fields and Beyond

In the mid 1960s, Cy Coleman focused his attention squarely on the Broadway musical. That's where he would have most of his success, with Award-winning shows like See Saw, I Love My Wife, On The Twentieth Century, Barnum, City of Angels, and Will Rogers Follies.

His first big success in the post-Carolyn Leigh era was the musical Sweet Charity in 1966. For Sweet Charity, he collaborated with veteran lyricist Dorothy Fields, along with playwright Neil Simon, choreographer Bob Fosse, and star Gwen Verdon.Â Sweet CharityÂ produced such memorable songs as "Big Spender" and "If My Friends Could See Me Now."

Fields and Coleman collaborated on one more musical called See Saw in 1973, and Coleman went on to write several more musicals-many of which won Tony Awards-with folks like Michael Stewart and Betty Comden and Adolph Green. He even wrote the occasional one-off song with different lyricists, includingÂ Peggy Lee.Â

Throughout the 1980s and 1990s, Coleman's attention was focused on Broadway, where he continued to compose successful musicals and pick up multiple awards.Â Cy Coleman passed away in 2004, leaving behind a career that included dozens of memorable songs, plus five Tony Awards, three Emmys, and two Grammy awards.