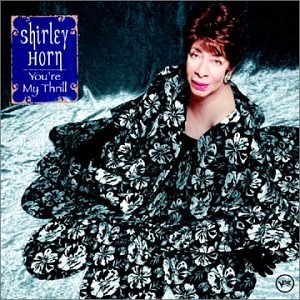 Pianist and singer Shirley Horn, who strongly influenced Diana Krall and who was a personal favorite of Miles Davis, made several records in the early 1960s but didn't gain widespread renown until she began to record for Verve in the late 1980s.

Her mastery of slow tempos, her phrasing, and her use of space gave her a strong appeal that ultimately led to nine Grammy nominations.

She made her debut at the Monterey Jazz Festival in 1994 at the age of 60, a recently-released performance that we'll highlight on this edition of Afterglow.

Watch Paul Motian's On Broadway group perform "How Deep Is the Ocean":