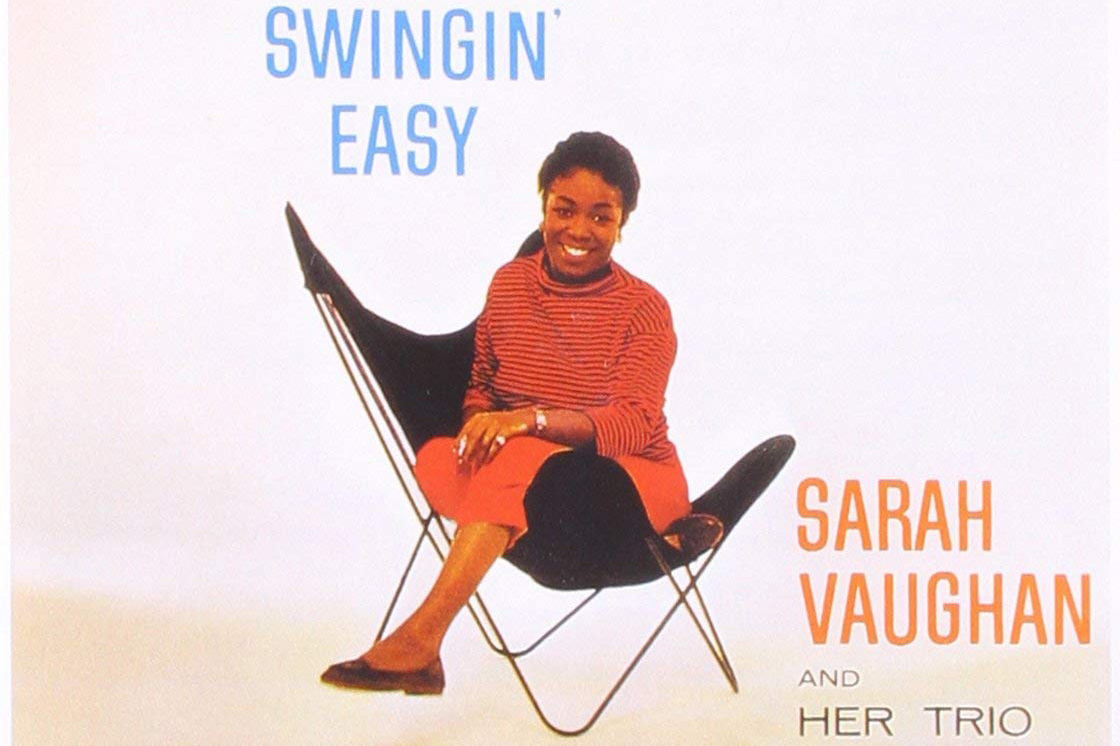 The late 1950s was the time when Sarah Vaughan became jazz royalty. “Sassy,” as she was called, had signed to Mercury Records, and her career moved in two different directions simultaneously. On the one hand, she recorded pop standards in her lush, almost operatic voice, bringing new expressive depth to these long-admired songs. On the other hand, she recorded straight-ahead jazz for Mercury’s jazz label EmArcy Records, letting loose and proving that she was one of the greatest jazz singers of her generation. On this program, I’ll highlight these years of her career.

When Sarah Vaughan was signed to Mercury Records in 1954, the label pushed her in two different directions. One was to record pop tunes for the main Mercury label—this included both newer pop records, as well as arrangements of older pop standards. The other direction was pure jazz, which Vaughan recorded for Mercury’s smaller jazz subsidiary label EmArcy Records. In her words, Sarah said, “My contract with Mercury is for pops, and my contract with EmArcy is for me.”

Her first album with EmArcy came from a memorable session in 1954 with trumpeter Clifford Brown, flutist Herbie Mann and arranger Ernie Wilkins. The album was simply title Sarah Vaughan. Vaughan proves her worth to the label right out of the gate, as she slides across the scale and the barline with staggering confidence, turning in memorable performances of songs like “Embraceable You” and “Lullaby of Birdland.”

Sarah Vaughan’s follow up to this record was also a jazz-forward recording for the EmArcy label. Her typical rhythm section of Jimmy Jones, Joe Benjamin on bass and Roy Haynes on drums was featured, alongside arrangements again by Ernie Wilkins. This time, however, Wilkins created a big band sound, featuring saxophonist Cannonball Adderley, and a couple of other all-stars like J.J. Johnson and Kai Winding.

The album was called Sarah Vaughan In The Land of Hi Fi, released in 1955, and featured swinging versions of jazz standards like “Cherokee” and “Over The Rainbow.” Vaughan was just one of several singers for Mercury who released albums with this title, including albums by Dinah Washington and Patti Page.

Her next album for EmArcy records called Swingin’ Easy was a little jazzier. The album took some sessions Vaughan recorded in 1954 with pianist John Malachi and combined them with newer sessions she recorded in 1957 with her new pianist Jimmy Jones. These 1954 sessions were among her best, including her memorable performance of “They Can’t Take That Away From Me” and her original scat song “Shulie A Bop.”

Sarah Vaughan’s other big collaborator during the late 1950s was arranger Hal Mooney. Mooney was the brains behind several of Vaughan’s albums, adding his lush string arrangements to many of her pop records. Their 1956 album was called Sassy, which had been Sarah Vaughan’s informal nickname since about 1944, capturing her stylish and defiant attitude.

Although Sassy was released on the EmArcy label, it was essentially a pop standard album, with songs like “Shake Down The Stars.” Her later work in this vein would be released on the main Mercury label.

A later record for the Mercury label was Sarah Vaughan and Billy Eckstine Sing The Songs of Irving Berlin. Eckstine and Vaughan had a long history together. Eckstine helped discover her back in the early 1940s at the Apollo theatre, and she sang with his band in the mid 1940s, alongside bop pioneers like Charlie Parker and Dizzy Gillespie.

Their 1957 record together was pretty far from bebop. It’s a pop standard record—with Irving Berlin songs like “Easter Parade” and “Cheek To Cheek”—arranged with strings by Hal Mooney, and released on the Mercury pop record label. Here, Sassy’s rich voice is matched well by the baritone of Mr. B.

Sarah Vaughan’s solo work on the pop-oriented Mercury label featured elegant interpretation of pop standards. This was no more evident on her masterpiece of the style, the 1958 album Sarah Vaughan Sings Broadway: Great Songs from Hit Shows. It was a double album of over 30 songs, ranging from the 1910s to the 1950s, all arranged and conducted again by Hal Mooney.

One of her finest performances was from the earliest song in the bunch, the 1916 song “Poor Butterfly” from the Raymond Hubbell and John Golden musical The Big Show. The song, inspired by Puccini’s opera Madame Butterfly, became an unexpected hit for the vocal group The Hilltoppers in 1954. But Vaughan channels the operatic sounds of its inspiration, and turns it into something sublime. She performed “Poor Butterfly” several times over the course of her career.

Sarah Vaughan continued to perform live throughout the late 1950s, performing, among other places, at the Newport Jazz Festival, Carnegie Hall, and on tour with folks like Count Basie. In her live sets, she was beginning to expand her expressive range to create the operatic sound that she became known for in her later years. But at the same time, having grown up in the world of bebop, she could scat and swing as good as anyone, including her main musical rival Ella Fitzgerald.

In 1957, she performed a live set at Mr. Kelly’s in Chicago that was recorded and released on EmArcy Records. The set includes a marvelous performance of one of Ella Fitzgerald’s signature tunes “How High The Moon” (and Vaughan even mirrors Ella’s tendency to forget the words live on stage.)

Sarah Vaughan kept recording live throughout the late 1950s. Her follow-up live album to her famous set at Mr. Kelly’s in Chicago was a more laid-back jam session album titled After Hours at the London House. The album has a much looser vibe to it, as you might guess from an after hours show. And it’s not to be confused with a similarly titled studio album of Vaughan’s from 1961 simply called After Hours.

Not long after this recording Vaughan was invited to go to Europe as part of a delegation of jazz musicians representing America at the World’s Fair in Brussels. The concert included Ella Fitzgerald and Gerry Mulligan, and Vaughan decided to extend her trip overseas. She performed in London and Stockholm, and later stopped in Paris for a recording session. When she and her band arrived, all of their bags had gone missing. But she still managed to turn out one of her finest recording sessions with arranger Quincy Jones.

That recording session produced another one of Vaughan’s signature tunes, the recent Erroll Garner and Johnny Burke song “Misty.” She would make “Misty” a part of her sets for years.