Welcome to Afterglow, a show of vocal jazz and popular song from the Great American Songbook, I’m your host, Mark Chilla.

This week on the show, I’ll be doing my semi-annual check-in with all the latest in vocal jazz and traditional pop singers. For the first half of 2022, we’ve had new albums from some jazz favorites, including Grammy-Award winning singers Cécile McLorin Salvant and Catherine Russell. We’ll also hear new recordings from a few Sinatra acolytes, including Curtis Stigers and Seth MacFarlane. Those recordings and many more on the way.

It’s a look at some Recent Vocal Jazz Releases for the first half of 2022, coming up next on Afterglow

MUSIC - CAITY GYORGY, “IT MIGHT AS WELL BE SPRING”

Canadian jazz singer Caity Gyorgy, who I featured last time on my recent releases episode, with her latest single, the Rodgers and Hammerstein song “It Might As Well Be Spring.”

Mark Chilla here on Afterglow. On this show, we’re doing what we do about every six months on the show, taking a look at what’s new in the world of vocal jazz and traditional pop. Later on the show, we’ll hear some new music from jazz singers Tierney Sutton and Melody Gardot.

But first, I want to begin with an album that I’ve been looking forward to for about four years now, the latest from jazz singer Cécile McLorin Salvant. Salvant is one of the most celebrated jazz singers working today. Her last three records have won the Grammy Award for Best Jazz Vocal Album, including her 2018 offering titled The Window. After winning the Thelonious Monk International Jazz Competition over a decade ago, she’s been named the Female Jazz Vocalist of the year a few times by the Jazz Journalists association, has been praised by nearly every living jazz legend, and even won a MacArthur Genius Grant in 2020.

What I love about Salvant is her daringness—her delivery is confident, yet unpredictable. She pushes her voice (and sometimes her repertoire) into strange and often uncomfortable territories, bringing the audience with her on the journey, thanks to her immense musical gifts. Like the best entertainers, you feel comfortable in her hands, wherever her art takes her.

All of that is on display in her latest album called Ghost Song, which is at times jazz, R&B, pop, musical theater, folk, and even with elements of Americana and world music (there’s a good amount of banjo on the record, for instance). The songs are eclectic and personal: Kate Bush and Kurt Weill sit beside mostly her own originals, and I’ll play two of those originals now.

First up, this is Cecile McLorin Salvant with “Moon Song,” on Afterglow.

Cecile McLorin Salvant, one of the most celebrated jazz singers today, from her latest album called Ghost Song. We heard two original songs from her, just now the title track “Ghost Song” and before that “Moon Song.”

We’re focusing on new releases in vocal jazz this hour, and I want to turn my attention now to two new artists that I’ve never featured on the show before, who are both dedicated to the music of the American Songbook. First up will be Sarah King, a young singer based in New York City who spent much of her early career as a dancer and busker, but now has added her Blossom Dearie-esque voice to mostly upbeat and charming jazz standards. Next, we’ll hear from the more richly-voiced New Orleans-based jazz singer Anna Laura Quinn, and a track off her first full length LP Open The Door. The album consists of all standards, and we’ll hear her perform one by Kurt Weill.

First though is singer Sarah King with the Duke Ellington and Don George song “Tulip Or Turnip,” on Afterglow.

New Orleans-based singer Anna Laura Quinn with the Kurt Weill and Ogden Nash song “Speak Low.” That comes from her newest LP titled Open The Door. Before that, we heard New York City-based singer Sarah King with “Tulip Or Turnip,” from her debut album of the same name.

Let’s turn now to two more established artists, both performing in the post-Sinatra-esque vein, although approaching it from different angles. We’ll hear in this next set from Seth MacFarlane, the television animation mogul turned traditional pop singer. MacFarlane has used his considerable wealth to help fund some passion projects, faithfully (and commendably) resuscitating the sounds of late 50s and early 60s Sinatra records, although focusing mostly on lesser known standards, not some of the well-worn ones sung by Sinatra and his ilk. We’ll also hear from singer and saxophonist Curtis Stigers, who has been doing a similar kind of thing for decades now, although with a much more raspy voice than the honeyed baritone. For Stigers, however, he likes to focus on not just exploring the depths but expanding the bounds of the American Songbook, bringing in songwriters like Neil Young, Bob Dylan, and Elvis Costello into the fold.

First up, here is Seth MacFarlane, from his latest LP titled Blue Skies with “On Green Dolphin Street,” on Afterglow.

We’ll be featuring more new releases from jazz and traditional pop singers in just a bit.

Welcome back to Afterglow, I’m Mark Chilla. We’ve been taking a look at some recent releases from the past six months or so, and I want to turn my attention to the Grammy-Award-winning singer Catherine Russell.

Her latest record is called Send For Me, named after a bluesy R&B number first sung by Nat King Cole in the 1950s. As you might imagine, classic blues and jazz songs are the subject of this record, her eighth full length album as a leader. Russell’s delivery is always poised and confident. She never strays too far from her musical roots, her father was the jazzman Luis Russell who worked with Louis Armstrong, but Catherine is more adept than most at singing those great 1920s and 30s standards.

Here she is performing a standard Count Basie made famous in 1938. This is Catherine Russell with “Blue and Sentimental,” on Afterglow.

Catherine Russell with the Count Basie, Jerry Livingston, and Mack David song “Blue And Sentimental,” a track off of her latest record called Send For Me.

I want to turn my attention now to another familiar voice on Afterglow, jazz singer Tierney Sutton. Sutton taught vocal jazz at Indiana University for a brief period and I got a chance to interview her about her extensive career. In fact, on the very first episode of this show, a Grammy Award Preview show from 2015, the first song I featured was a song from Tierney Sutton and guitarist Serge Merlot’s album Paris Sessions. Her latest record, seven years later, is called Paris Sessions, Volume 2, features the two of them pairing up yet again. Sutton and Merlaud have actually gotten married in the interim, and that chemistry between the two musicians can clearly be heard on the album. I’ll follow this up with a track from an album by another established jazz singer, Alyssa Allgood, who won the Ella Fitzgerald Jazz Vocal Competition about 5 years ago.

First up, here’s a 1971 film song that has since become a jazz standard. This is Tierney Sutton and Serge Merlaud with the Leslie Bricusse and Anthony Newly song “Pure Imagination,” on Afterglow.

Chicago-based Jazz singer Alyssa Allgood with the song “Try Your Wings,” a song introduced by Blossom Dearie in 1958. That comes from her third LP titled What Tomorrow Brings, released late in 2021. Before that, Tierney Sutton and her now husband Serge Merlaud with “Pure Imagination,” from the 1971 film Willy Wonka and The Chocolate Factory. That comes from their latest CD Paris Session 2, a follow-up to their 2014 duet album.

I’m going to turn now to a jazz singer I haven’t featured much on the show before, Giacomo Gates. Gates has an interesting story—for the first 40 years of his life, he worked blue collar jobs, before turning his attention to jazz singing in the mold of those hipster bebop singers like Jon Hendricks and Babs Gonzales. Gates’s style comes from a bygone era of cool, and he adds a lot of levity and humor to his interpretations. He’s now in his 70s, and his latest album called You features all jazz standards with “you” in the title. Let’s hear one written by Jimmy McHugh and Dorothy Fields.

This is Giacomo Gates with “Exactly Like You,” on Afterglow.

Jazz singer Giacomo Gates with the Jimmy McHugh and Dorothy Fields song “Exactly Like You,” that comes from his latest album simply titled You.

We’ve been looking at some new jazz vocal releases this hour, and I want to close the hour featuring one of my favorite jazz singers working today, the lush, sultry, romantic voice of Melody Gardot. Gardot is American, but her music has a French sensibility to it (her last album went Gold in France). On her latest album called Entre eux deux (which translates to “between them”), she teamed up with French composer and pianist Phillippe Powell to record an album of original songs that evoke the Great American Songbook along with the Great French Songbook.

Here is Melody Gardot and Philippe Powell with their song “This Foolish Heart Could Love You,” on Afterglow.

MUSIC - MELODY GARDOT, “THIS FOOLISH HEART COULD LOVE YOU”

Singer Melody Gardot and pianist Philippe Powell with their original song “This Foolish Heart Could Love You.” That comes from their newest duet album called Entre eux deux (“Between the two of us”).

Thanks for tuning in to this new releases edition of Afterglow.

MUSIC CLIP - JOSHUA ESPINOZA TRIO, "AND SO IT GOES" 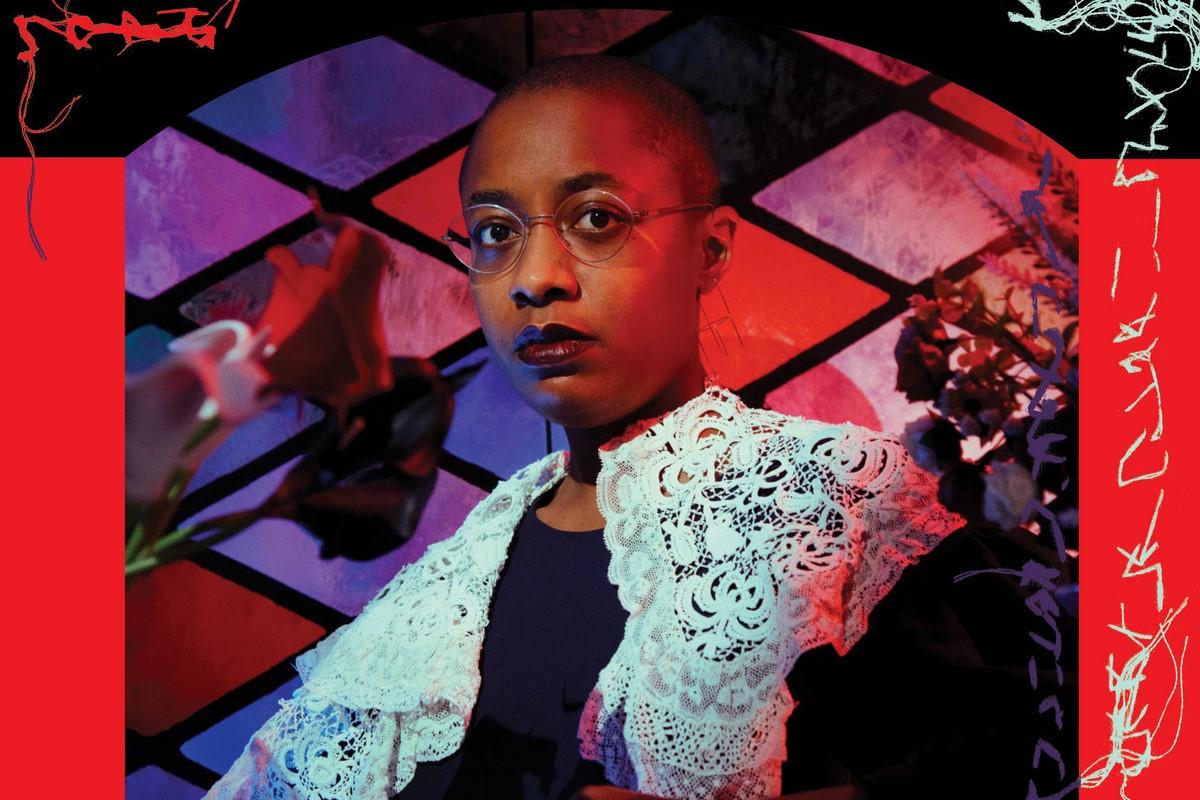 This week on the show, I’ll be doing my semi-annual check-in with all the latest in vocal jazz and traditional pop singers. For the first half of 2022, we’ve had new albums from some jazz favorites, including Grammy-Award winning singers Cécile McLorin Salvant and Catherine Russell. We’ll also hear new recordings from a few Sinatra acolytes, including Curtis Stigers and Seth MacFarlane. Those recordings and more on this program.

Selections featured on this episode: