This week on the program, we’re looking at what’s new in the world of vocal jazz by exploring some new releases. Over the past year, more and more artists are working their way back into the recording studio, although the events of 2020 continue to reverberate through these recordings. Some artists, like Cyrille Aimee and Sachal Vasandani, used 2020 as an opportunity to strip down their sound. Others, like Norah Jones, saw it as an opportunity to dig into their personal archives. And others, like Michael Mayo and Veronica Swift, reflected inward and found new creative inspiration. We’ll hear all of these singers this hour.

It’s some recent releases for the first half of 2021, coming up next on Afterglow

Norah Jones live in Santa Rosa, California back in 2018 with her version of Hank Williams’ “Cold, Cold Heart,” a song that she first sang on her Grammy-winning debut album Come Away With Me back in 2002. This recording comes from Jones’s latest called Til We Meet Again, a collection of archived live performances, and the singer’s first live album.

Mark Chilla here on Afterglow. On this show, we’re taking stock of some new recordings in the world of vocal jazz.

We’ll start with a singer who I’ve featured many times on this program, Cyrille Aimee. Her latest record called I’ll Be Seeing You is an intimate collaboration with guitarist Michael Valeanu (mee-KAYEL val-ee-ah-nu), who like Aimee is a fellow French expat living and working in the States. The two have worked together before—Valeanu is Aimee’s regular guitarist—but with the pandemic forcing many musicians to collaborate with those in their immediate vicinity, a duet album seemed appropriate.

Aimee’s voice bubbles and sparkles as it always does, and even more clearly here, since it’s being supported by just an electric guitar. And Valeanu knows how to swing beautifully, and the two are perfectly in sync, as you would expect from two longtime collaborators.

Here is Cyrille Aimee and Michael Valeanu with the old Sigmund Romberg and Oscar Hammerstein standard, “Softly, As In A Morning Sunrise,” on Afterglow.

MUSIC - CYRILLE AIMEE AND MICHAEL VALEANU, “SOFTLY, AS IN A MORNING SUNRISE”

Singer Cyrille Aimee and guitarist Michael Valeanu with the standard “Softly, As In A Morning Sunrise.” That comes from their latest duet album, called I’ll Be Seeing You.

Our next recording comes from the 17-year-old jazz vocal phenom Anais Reno (ah-nigh-eese RAY-no), who is quickly becoming one of those “artists to watch.” Reno recorded this album while still a student at LaGuardia High School in New York. Even at this young age, she’s won several singing competitions, including recognition from the Great American Songbook Foundation in Carmel, Indiana, and has performed at several New York jazz and cabaret clubs, including Feinstein’s 54 Below and Birdland.

On her debut album, called Lovesome Thing, she’s joined by renowned pianist Emmet Cohen for a collection of all songs by the great songwriting team of Duke Ellington and Billy Strayhorn. Reno sounds rich and soulful on these recordings, especially for a 16-year old, and I’m looking forward to hearing what she can do with her career over the next several years.

Here is Anais Reno with the Ellington and Strayhorn standard “Mood Indigo,” on Afterglow

Singer Anais Reno, who was only 16-years old when she recorded this last year, along with pianist Emmet Cohen. That was “Mood Indigo,” a track from her debut album called Lovesome Thing: Anais Reno Sings Ellington & Strayhorn.

Let’s turn now to another singer who I’ve featured on this program before, Lauren Henderson. I played a track off of Henderson’s 2020 album The Songbook Session last year, and now I want to feature a track off her latest album titled Musa. Like on her last album, Henderson blends jazz and soul with a distinct Latin flavor, with multilingual songs and flamenco sounds. She even wrote some of her own songs on this album, and I’ll play one now.

This is Lauren Henderson with her original song “La Marejada,” on Afterglow.

The Afro-Latinx singer and songwriter Lauren Henderson with her original song “La Marejada,” which translates roughly to “The Wave” or “The Swell.” Sullivan Fortner was featured there on piano, along with guitarist Paco Soto. That comes from Henderson’s latest album called Musa.

Here’s another track featuring Sullivan Fortner on piano. This comes from the latest album from the Grammy-nominated duo known as The Baylor Project. The Baylor Project consists of vocalist Jean Baylor and drummer Marcus Baylor, and their latest album called Generations is what they call “A Soulful Sonic Story Quilt,” a tribute to the generations of Black families who helped shape these two musicians.

One highlight on the album is the original song called “We Swing ‘The Cypher’,” a song all about the roots of Black music history. Here, we have some intergenerational scat singing between three of the best living jazz vocalists: Jean Baylor herself, the decorated up-and-comer Jazzmeia Horn, and the living legend Dianne Reeves. And the whole thing is held together by Marcus Baylor’s swinging rhythm on the drums.

Here’s The Baylor Project with Jazzmeia Horn and Dianne Reeves performing “We Swing,” on Afterglow.

MUSIC - THE BAYLOR PROJECT, “WE SWING”

Coming up in just a moment, we’ll hear from some more recent vocal jazz releases. Stay with us.

Welcome back to Afterglow, I’m Mark Chilla. We’ve been exploring some new releases in vocal jazz this hour, and now I want to turn my attention to one of my personal favorite albums of the year so far by the fantastic jazz singer Veronica Swift.

Besides the pandemic, 2020 was a year that saw a lot of reckoning with many issues in society: racism, sexism, income inequality, the environment, etc. So, for jazz artists who largely deal with performing music of the past, the challenge becomes: how do you deal with popular songs written when society had different views?

Swift’s latest album called This Bitter Earth approaches this subject by highlighting songs from the past that touch upon these topics: sexism, domestic abuse, xenophobia, fake news, and more. Her particular collection of songs doesn’t take an overt political stance. But by featuring some songs, like the Carole King and Gerry Goffin tune “He Hit Me (And It Felt Like A Kiss),” you definitely take notice of how much society has changed. And in others, like Rodgers and Hammerstein’s “You’ve Got To Be Carefully Taught” from South Pacific, you notice how much things have stayed the same.

Here is a track from the album, a 1931 song written by Russ Columbo that uses a “prisoner” metaphor to talk about love. However, 90 years later, in a world dealing with mass incarceration, that metaphor resonates differently.

Here is Veronica Swift with “Prisoner Of Love,” on Afterglow.

Veronica Swift and the 1931 song “Prisoner Of Love.” That comes from her latest record called This Bitter Earth.

We’re looking at new music this hour, and here’s one from the 20-year vocal jazz veteran, Jane Monheit. Her latest, called Come What May, is her first album in five years, and on the album, she sounds as good as she ever has. The songs are mostly standards, and she includes just a hint of scatting, showing off her jazz chops. And since this was recorded during the pandemic, the choice of songs reflect embracing the troubles of the day, and a life in quarantine, including “The Nearness Of You,” “Let’s Take A Walk Around The Block,” and “Let’s Face The Music And Dance.” Let’s hear one of those songs now.

Here is Jane Monheit with Irving Berlin’s “Let’s Face The Music And Dance,” on Afterglow.

Jane Monheit with the jazz standard “Let’s Face The Music and Dance.” That comes from her newest album called Come What May.

Turning now to a new record by jazz singer, and occasional adjunct faculty member at the Indiana University Jacobs School of Music, Sachal Vasandani. Vasandani has a rich, resonant voice, which can swing over a big band and also be incredibly moving and intimate. His latest record called Midnight Shelter, a duet album between him and pianist Romain Collin (Roman), is a hushed, late-night record that highlights the quiet beauty of songs from inside and outside the jazz canon. On the album, both musicians utilize the low end of their range, both in terms of pitch AND volume, allowing the sound to envelop you and highlighting every nuance of the performance.

Here’s a song from that album now. This comes from the late-British singer-songwriter Nick Drake. This is Sachal Vasandani and Romain Collin with “River Man,” on Afterglow.

So much of the music from this past year reflects on the year 2020, and how it affected all of us in so many ways. Jazz singer Michael Mayo, a newcomer on the scene, used the events of 2020 as songwriting inspiration. Mayo is a singer I found on Instagram, an incredible vocalist who draws inspiration from Bobby McFerrin, Stevie Wonder, J Dilla, and the Beach Boys, but all viewed through the lens of his jazz vocal education. On his debut album for Mack Avenue Records titled Bones, Mayo blends all of these influences into something that blurs the lines between jazz, R&B, hip hop, and pop with his voice front and center.

Here is his autobiographical song all about regrets and possibilities. This is singer Michael Mayo and the song “20/20,” on Afterglow.

Jazz and R&B vocalist Michael Mayo and his original song “20/20,” a track off of his debut album titled Bones.

To close off this hour of new vocal jazz releases, I’m going to turn to another up-and-comer, vocalist Samara Joy. Samara’s career is just beginning, bolstered by winning the 2019 Sarah Vaughan International Jazz Vocal Competition. Past winners of this prestigious competition include Cyrille Aimee, Jazzmeia Horn, Quiana Lynell, and Ariana Neikrug, all singers I’ve featured on this program before. Samara’s voice draws heavily from the namesake of the award, Sarah Vaughan, although with the light melodicism of Ella Fitzgerald. It’s really a timeless voice, and she performs many timeless songs on her latest album released just in July.

Here is Samara Joy with the classic Hoagy Carmichael standard “Stardust,” on Afterglow

Thanks for tuning in to this look at some recent vocal jazz releases on Afterglow. 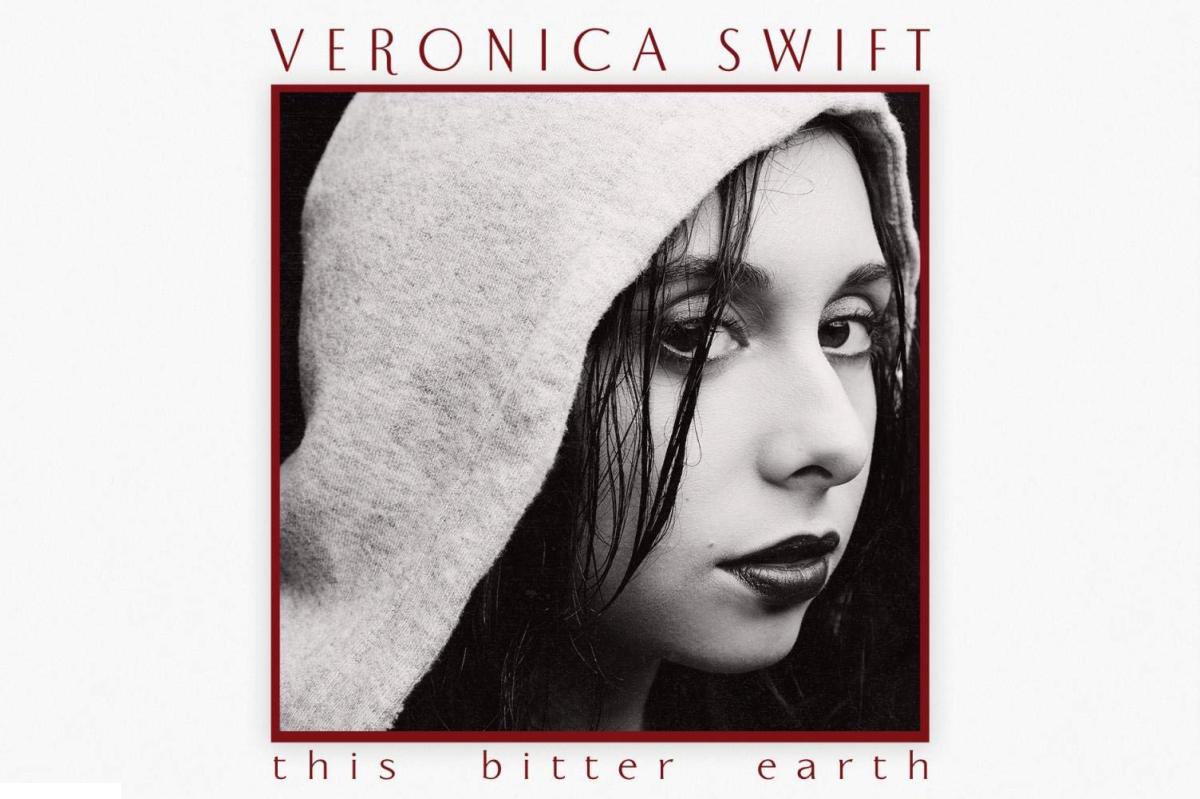 This week on the program, we’re looking at what’s new in the world of vocal jazz by exploring some new releases. Over the past year, more and more artists are working their way back into the recording studio, although the events of 2020 continue to reverberate through these recordings. Some artists, like Cyrille Aimee and Sachal Vasandani, used 2020 as an opportunity to strip down their sound. Others, like Norah Jones, saw it as an opportunity to dig into their personal archives. And others, like Michael Mayo and Veronica Swift, reflected inward and found new creative inspiration. We’ll hear all of these singers this hour.