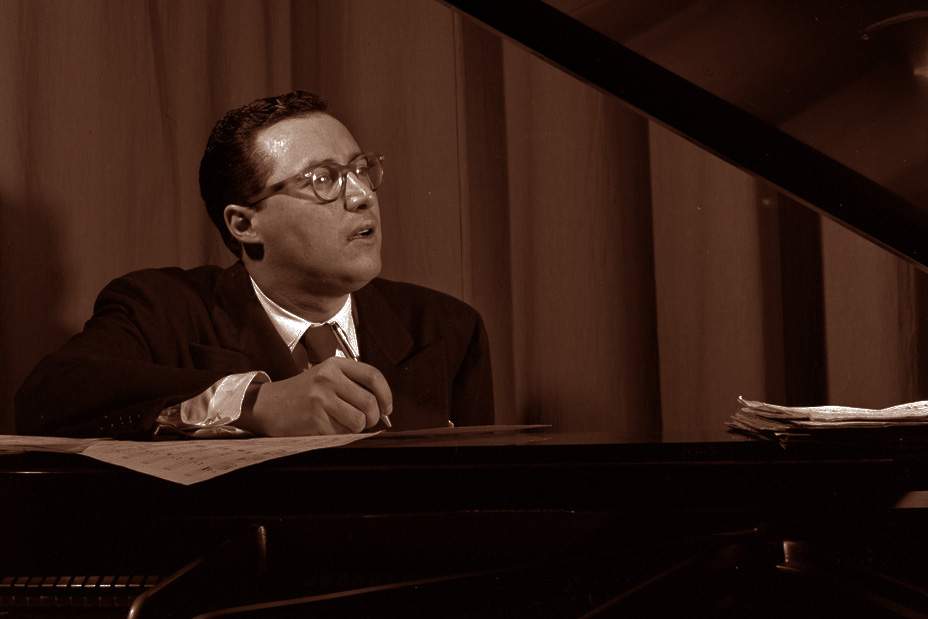 Last month would have been the 100th birthday of arranger Pete Rugolo, one of the most progressive and wide-ranging arrangers to come out of the post-World War II era. In the early years of his career, he often worked with some of the top vocalists in the jazz and popular-song world, writing charts and conducting for Nat King Cole, Peggy Lee, Mel Torme, and Patti Page. We'll feature those artists, as well as his work with Ernestine Anderson and Billy Eckstine, on this edition of Afterglow.

Pete Rugolo was born on Christmas Day in Sicily in 1915, migrated to California with his family at the age of 5, studied with the classical composer Darius Milhaud at Mills College in the 1940s. In 1945 managed to get on board with the band of his idol, Stan Kenton, where, as one writer noted, "His unusual instrumental pairings, rhythm elements, and rich harmonic colors helped create the bold, distinctive Kenton sound that came to be called ‘progressive jazz'". Rugolo joined Kenton not long after singer June Christy had replaced Anita O'Day as the orchestra's singer. It was the beginning of a beautiful musical friendship between Rugolo and Christy, who would go on to record numerous tracks and LPs together over the next 15 years.

Rugolo would go on to record 30 albums under his own name, and also write the music for TV shows such as "The Fugitive," and films such as Where The Boys Are, eventually winning three Emmys and two Grammys. Throughout all of this work Rugolo retained the jazz elements of his sound, and critic Leonard Feather once called him "the most unfairly forgotten man of jazz."