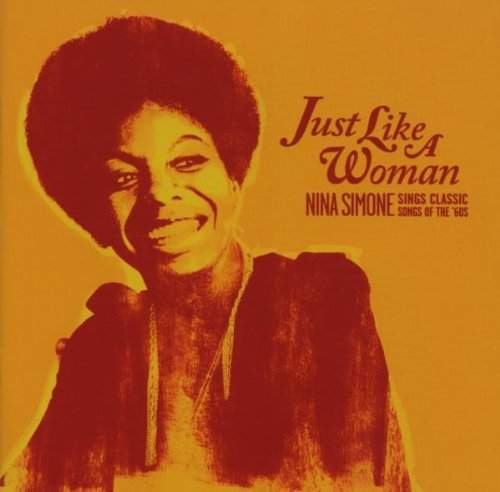 Nina Simone came up as a jazz singer in the late 1950s, but throughout the 1960s she displayed the wide range of style and repertoire that are now the trademark of her legacy, blending blues, soul, folk, and pop into her unique artistry. As Ben Edmonds points out in the liner notes to this week's featured CD Just Like a Woman: Nina Simone Sings Songs of the 1960s, Simone could have easily been describing herself when she said of Maria Callas,

She was tempestuous. She was a complete one-of-a-kind, and she studied her music more than anyone else in her generation. She could make the rules and break them whenever she pleased, and the world would listen…

In the late 1960s Simone fearlessly embraced the work of many young songwriters who were changing the course of popular music. We'll hear her takes on songs by the Bee Gees, folk songstress Sandy Denny, and a well-known hit by the Beatles. Kurt Elling, Miles Davis, Frank Sinatra, Julie London, are some of the other usual Afterglow suspects featured on this program as well.

Watch Nina Simone in 1969 performing a medley of two songs from the musical Hair:

For more of Nina Simone from this period, check out the Night Lights program Here Comes the Sun: Nina Simone on RCA.