Nat King Cole At the Movies 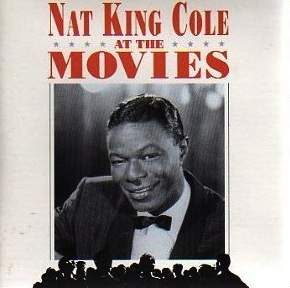 Pianist and singer Nat King Cole is one of the most beloved icons of 20th-century American popular song, but his relationship with Hollywood never quite reached the exalted heights that some of his cohorts such as Frank Sinatra and Bing Crosby achieved.

Cole's cinematic lineage extends back to the 1940s, when the Nat King Cole Trio appeared in numerous "soundies" (early versions of videos) and a number of feature films.

In the 1950s Cole's presence (without the Trio) in movies increased greatly, through both appearances and use of his recordings in the films themselves. After his 1958 starring vehicle St. Louis Blues failed to score at the box-office, the singer continued to pop up periodically either on the screen or the soundtrack--including a turn as Julie London's uncle in Night of the Quarter Moon, and perhaps most famously as a narrative troubadour in Cat Ballou. This program includes "Song of Delilah," "Never Let Me Go," "I'd Rather Have the Blues," "Song of Raintree County," "Blue Gardenia," and many more movie-related Cole recordings.