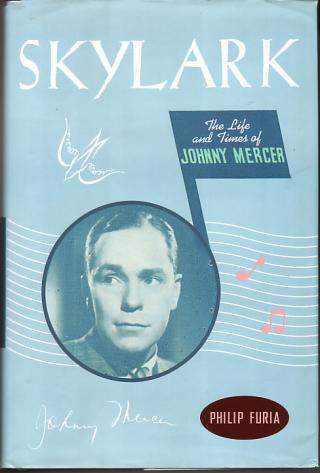 Johnny Mercer and Hoagy Carmichael came from states of laid-back, rural charm and wrote songs that spoke to all of us.

Mercer was primarily a lyricist, Carmichael primarily a writer of melodies, and both men were different in many ways than their East Coast songwriting counterparts â€“ a difference reflected in the music they wrote together and with others, which evokes relaxed, lyrical, and whimsical Midwestern and southern takes on American people and American life. Often the songs were underlined by a nostalgic longing for a place that embodied these notions-what Mercer and Carmichael, in one of their earliest songs, called "Moon Country."

"Moon Country" features classic Carmichael-Mercer songs such as "Skylark," "Lazybones," and "How Little We Know," performed by Louis Armstrong, Helen Forrest, and others, as well as several obscurities and unreleased recordings â€“ Mercer and Carmichael demoing "In the Cool, Cool, Cool of the Evening" for a movie that was never made (it ended up being used in Frank Capra's Here Comes the Groom and won the duo an Oscar for Best Song), Carmichael doing a late-period collaboration called "A Perfect Paris Night," and Eddy Arnold singing one of the last new Hoagy-Johnny tunes to be waxed in their lifetime â€“ "Song of Long Ago," with a Mercer lyric that nostalgically invokes "Stardust."

My thanks to the Indiana University Archives of Traditional Music for their permission to use several Carmichael-Mercer recordings for this program. Be sure to check out their online Hoagy collection.

Watch Bing Crosby and Jane Wyman perform "In the Cool, Cool, Cool of the Evening" from the film Here Comes the Groom: