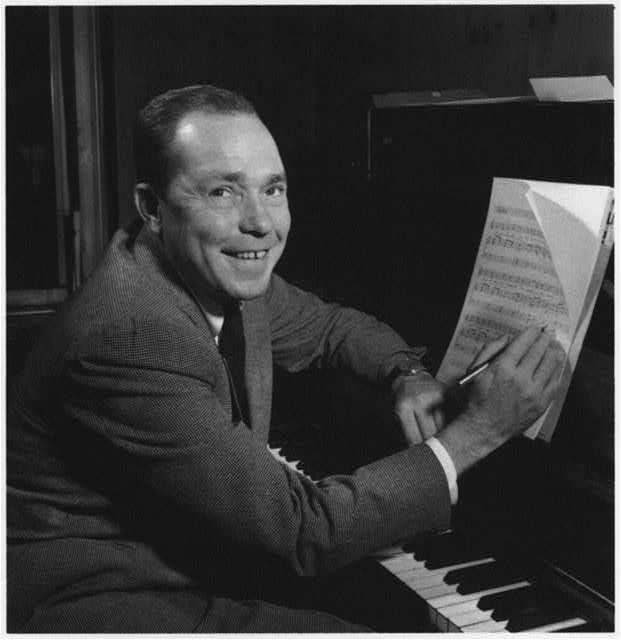 Think of any American popular-song hit from the late 1930s through the mid-1960s, and there's a decent chance that Johnny Mercer wrote the words for it. "Accentuate the Positive," "Days of Wine and Roses," "Skylark," "Satin Doll," "You Must Have Been a Beautiful Baby," "Moon River"…Johnny Mercer's songs capture the sound and soul of America, reaching across boundaries of time, gender and race to talk of loneliness, longing, and lighthearted fun. They move with the rhythm of trains crossing the countryside, languid strolls along a moonlit lane, and high-spirited cut-ups dancing at a Hollywood shindig. Frank Sinatra, who recorded many of his tunes, once said, "A Johnny Mercer lyric is all the wit you wish you had and all the love you ever lost."

Afterglow founding host and American popular-song expert Dick Bishop joins me for a career-spanning survey of Mercer's music, in celebration of what would have been Mercer's 100th birthday this week. We talk about Mercer's Savannah, Georgia roots, his songwriting partners and peers, how his abilities as a singer aided his work, his unforgettable imagery, and his longlasting impact on American popular culture. "Johnny Mercer: America's Poet Laureate" also features interpretations of Mercer's lyrics by some of the finest performers of American popular song, including Frank Sinatra, Nat King Cole, Judy Garland, Billie Holiday, and Ella Fitzgerald.

Dick Bishop will join me again next week when I devote my annual Hoagy Carmichael program to Hoagy's collaborations with Mercer, including some unreleased and rarely-heard Mercer-Carmichael songs.

Turner Classic Movies is presenting a Mercer documentary this month, as well as a 24-hour marathon of films featuring Mercer's songs on his centenary (Nov. 18).

Savannah on his mind: in his Mercer biography Skylark, Philip Furia quotes an interview that Mercer gave to the Savannah Morning News in 1959:

I suppose the reason for my being a songwriter is largely due to my childhood in Savannah... Savannah was smaller then and sleepy, full of trees and azaleas that filled the parks which make it so beautiful... I can remember so many things about it, all connected with music in various ways... Although I have never written a song directly about Savannah, so many of my lyrics are filled with boyhood images that you might say they all sprang from there.