The Marvelous Billy May 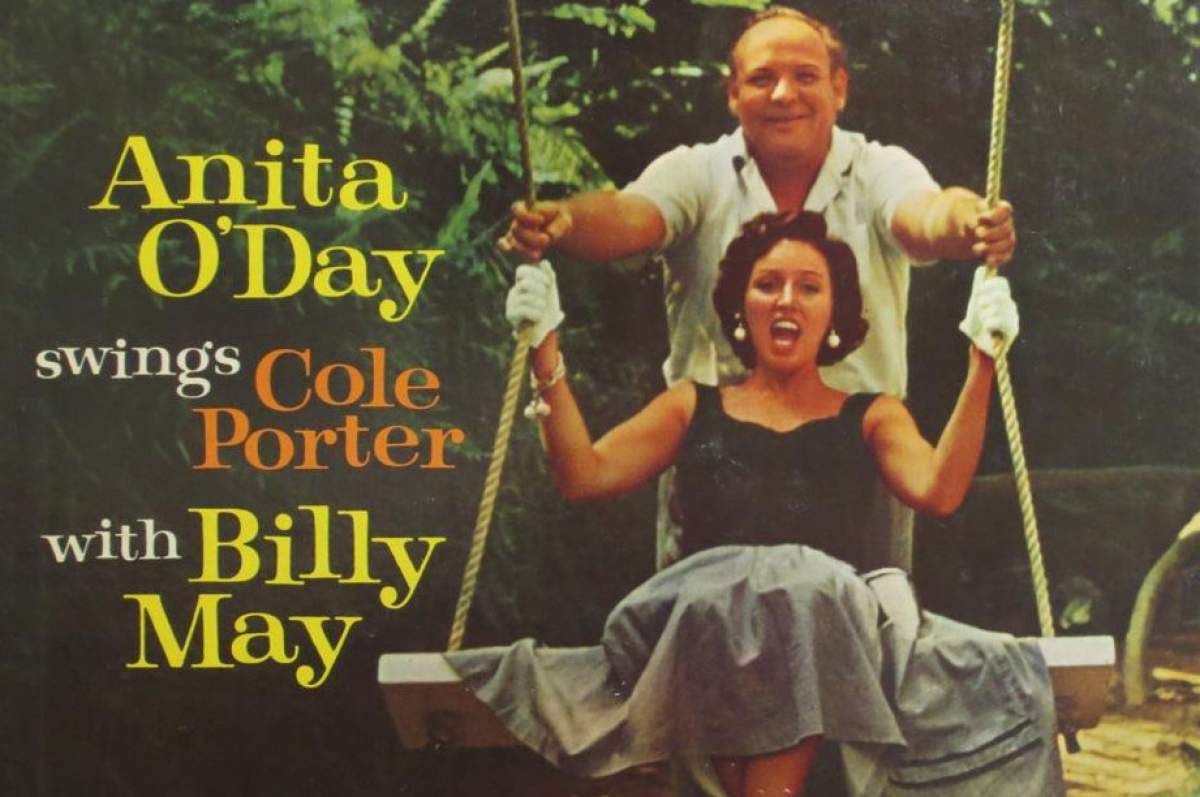 This week, we explore the arrangements of Billy May, a studio arranger and bandleader whose centennial was celebrated on November 10, 2016. May worked for Capitol records for much of the 1950s, and was the key element of their bold sound. A Billy May arrangement is unmistakable: brassy, in-your-face, rambunctious, and loud. This episode,Â we'll hear May's work with such singers as Frank Sinatra, Nat King Cole, Peggy Lee and more.

Billy May's wild arrangements matched his wild personality. Frank Sinatra once said that "recording with Billy May is like having a bucket of cold water thrown in your face." His antics at the podium were crazed and unpredictable, with out-of-control gestures and a tendency to drink straight from a fifth of vodka while recording, or even while counting off the band. Billy May's arrangements are equally unpredictable: mostly up-tempo numbers with explosive brass, constant interjections by the percussion, and a signature sound that's been dubbed "slurping saxophones."

May started off as a brass player, moving from tuba, to trombone, to trumpet, and then finally to arranger (he had a tendency to get bored often). He started working in Charlie Barnet's orchestra in the 1930s, and arranged their biggest hit, a swinging version of the Ray Noble tune "Cherokee." May was hired by Glenn Miller in the early 1940s, but the two didn't get along, both musically and personally. For about a decade, he lingered in obscurity, writing B-list arrangements, and even writing tunes for children. Things changed in the early 1950s when his own band recorded an album of dance music for Capitol Records, which put Mr. Slurping Saxophones on the map.

Around this time, he also began to work with Capitol's biggest star Nat King Cole. The two had a hit in 1951 with the old 1930's tune "Walkin' My Baby Back Home." Once Cole's smooth vocals get out of the way, May was able to shine with a signature wild instrumental break, featuring screaming brass and swinging syncopation.

Billy May and his orchestra sat in on about a dozen sessions with Nat King Cole for Capitol Records over the next 10 years. Yet, May's most successful collaboration at Capitol was probably with Frank Sinatra. Their first album together was the hugely popular concept album Come Fly With Me from 1958, a trip around the world with songs like "Isle Of Capri," "Brazil," and "Blue Hawaii." The two are obviously having fun on the album. Sinatra got a chance to sing some cheeky exotic tunes that hadn't been in his repertoire since the his days doing novelty records for Columbia in the 1940s, and May got to experiment more with exotic rhythms and instruments.

The title track from the album, "Come Fly With Me," written by Jimmy Van Heusen and Sammy Cahn just for the record, is a standout track. This song has become so famous that it's easy to overlook the genius of the opening six seconds from Billy May.The winds have the sharp and syncopated melody,Â a combination of brassy, in-your-face trumpets and flutes, underscored by gliding trombones. Tremolo strings create the atmosphere-which May starts out on a single note, but then turns into this dissonant cluster of pitches, slowly sliding upwards to mimic the noisy ascent of an aircraft. And just for good measure, he adds the light sparkle of a triangle to give it a little levity. It's so complex and evocative, but still so breezy that it almost comes off as a trifle.

Ella, Bing, Mel, and Others

May worked with just about every major singer on Capitol's payroll in the late 1950s and early 1960s, including Peggy Lee, Keely Smith, and Nancy Wilson. While Billy May mostly arranged records for Capitol, he did on occasion work for other labels, including records with Anita O'Day, Bing Crosby, Louis Armstrong, and Mel TormÃ© for Verve and MGM. Ella Fitzgerald recorded her series of songbook albums for Verve Records, and the label brought in Billy May to work with Ella on her sixth songbook album, the music of Harold Arlen.

When Frank Sinatra created Reprise Records in the 1960s, he brought Billy May along. The two worked together on both albums and singles for Reprise, including the albumsÂ Swing Along With Me (later titledÂ Sinatra Swings for copyright reasons) andÂ Francis A. & Edward K., a collaboration with Duke Ellington. One memorable track from Sinatra's Reprise years is 1963's "Luck Be A Lady," from the Frank Loesser musicalÂ Guys And Dolls. Sinatra starred in the film Guys And Dolls in 1955 as the character Nathan Detroit, although this song was one of Sky Masterson's songs. (The role of Masterson was played by Marlon Brando in the film. Brando and Sinatra did not get along.) Sinatra and May slow down this famous number to a more leisurely pace, which made it perfectly suited to Sinatra's new persona as the Vegas high roller.