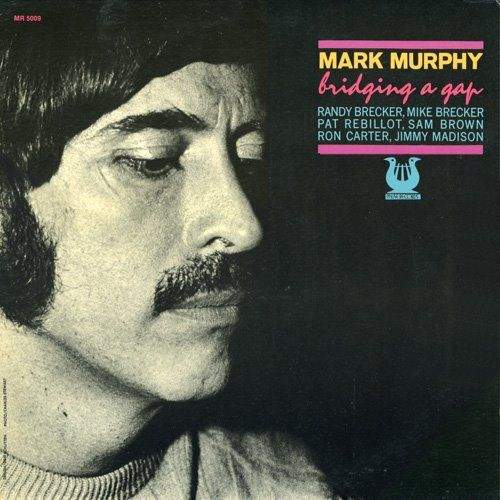 In the early 1970s singer Mark Murphy returned to America after spending ten years in Europe and signed with the Muse label. Over the next two decades he'd make some of the most memorable albums of his career, performing popular-song classics, jazz standards set to words, Brazilian music, and tributes to vocal star Nat King Cole and writer Jack Kerouac.

Mark Murphy was born March 14, 1932, in upstate New York, the child of parents who had met singing in a church choir. Murphy himself started singing by the age of four and broke onto the jazz scene on the Decca label in the mid-1950s. He scored some hits and critical successes over the next few years before moving to Europe in the 1960s, where he worked as an actor as well as a singer, even portraying Jesus in one production, before heading back to America in the early 1970s and signing with Joe Fields' Muse label.

On Muse Murphy would begin a 20-year run of albums that exemplify what jazz writer Will Friedwald has called his "swinging eclecticism," incorporating everything from vocalese, scat singing and Latin rhythms to blues and spoken recitation. There is also Murphy's ability to put across a variety of emotions as wide as his impressive vocal range. "He is something that the jazz world could use more of," Friedwald writes: "a hipster with heart."

PROGRAM HIGHLIGHT: In 1981 Mark Murphy recorded what some consider to be his Muse masterpiece-a tribute to author Jack Kerouac, called Bop For Kerouac. The album drew on songs from the bop era and repertoire as well as the writings of Kerouac himself. Murphy told jazz DJ Michael Bourne that the album's concept evolved through the singer's experiences, appropriately enough, on the road:

When I came back from England and started touring again, I'd be in airports and train stations and I'd find these Kerouac books in paperback. I started reading them again, and then someone invited me to an interview with Tom Waits. I told him he was â€˜the Kerouac of the 70s' or something like that. I thought that maybe I should do something with Kerouacâ€¦he always mentioned musicians and singers and the song titles in his booksâ€¦ I thought that I could entwine his storytelling with his huge well of music that I could dip into.

"The result", James Gavin writes, "was an aching portrait of the Beat life and one of the most moving vocal albums in jazz. In song and in readings from On the Road and The Subterraneans, it evokes the midnight-blue, hothouse atmosphere of the '50s jazz clubs, where a pinspot cut a ray through the smoke and lit on Charlie Parker, Lester Young or Sonny Stitt, blowing each solo as if it were their last. As always, Murphy is as much storyteller as improviser, and the craggy velvet of his voice opens the door to an emotional place where hardly any other male jazz singer has dared to go."