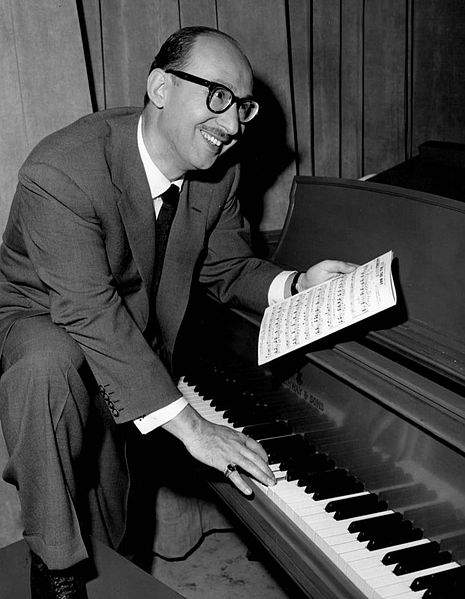 Sammy Cahn was born on June 18, 1913, a product of New York City's Lower East Side Jewish community. His first breakthrough as a lyricist came through his adaption of a Yiddish musical song, Bei Mir Bist Du Schön, a smash hit for the Andrews Sisters in 1938. Cahn would go on to write hits for Tommy Dorsey, Glen Gray, and Jimmie Lunceford in the swing era, and his success would extend well into the early 1970s. Songs such as "Come Fly With Me," "Time After Time," and "I Fall In Love Too Easily" have become a part of the canon of American popular song, propelled in particular by the recordings of Frank Sinatra, the most preeminent champion of Cahn's work.

If Sinatra was the most prolific and valuable interpreter of Cahn's lyrics, then Jule Styne was Sinatra's counterpart when it came to providing Cahn with melodies. The two wrote dozens of songs together, including 15 number one hits and seven Academy Award nominees. The World War II years, which kept many couples apart, inspired some of Cahn and Styne's most poignant songs, revolving around the theme of separation.

A Cahn lyric could conjure romance, folly, exuberance, heartbreak, anticipation, nostalgia, commitment, ambivalence about commitment--just about every nuance of love and relationships. At the heart of it all was a vitality that drew on Cahn's exposure to early-20th-century show business. He once said that

I think a sense of vaudeville is very strong in anything I do, anything I write. They even call it 'a vaudeville finish,' and it comes through in many of my songs. Just sing the end of 'All the Way' or 'Three Coins in the Fountain'--'Make it mine, make it mine, MAKE IT MINE!' If you let people know they should applaud, they will applaud.