Keely Smith: I Wish You Love 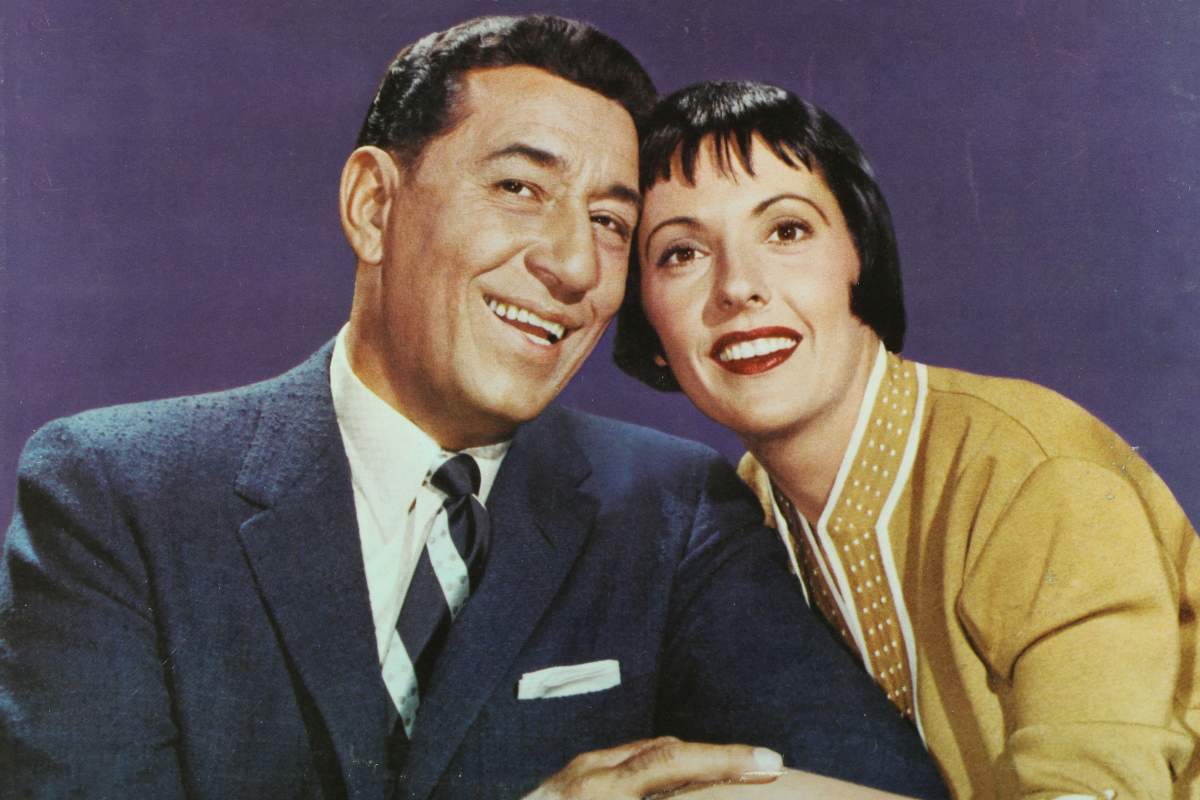 On this program, I'll be featuring the work of singer Keely Smith, who passed away at age 89 on December 16, 2017. Keely Smith is probably best remembered as the deadpan sidekick of her husband Louis Prima, who put on wild shows in Vegas in the late 1950s. But around the same time, she also carved out a career for herself as one of the finest ballad singers around, and even had a late-career revival in the 21st century.

Keely Smith was born Dorothy Keely in Norfolk, Virginia in 1928. She was part Irish and part Cherokee Indian but didn't come from a very musical family. Nonetheless, Dot (as she was called) loved to sing, and sang alongside bandleaders Saxie Dowell and Earl Bennett when she was still a teenager.

In 1947, she made a fateful vacation to New York City where she first encountered singer, bandleader, and trumpeter Louis Prima. The young Dot was mesmerized by Prima's energy, charm, and humor. The next summer, she convinced a club owner in her hometown of Norfolk to hire Prima to perform. At that time, Prima just happened to be in search of a new female singer.

She was too shy to audition. However, Prima found out that she was a singer and personally invited her to try out. She sang "Sleepy Time Gal" and "Embraceable You," and Prima hired her on the spot. Dot Keely was such a Louis Prima fan that she had all of his arrangements memorized. She changed her name to "Keely Smith" when she joined the band, and started recording with them in 1949. By 1953, Keely Smith became Mrs. Louis Prima.

"That Old Black Magic" and "I Wish You Love"

Louis Prima's band-although originally steeped in New Orleans jazz and bebop, began to incorporate elements of boogie woogie, jump blues, and rock and roll into their sound. In many ways, they were an important bridge between the older generation and the younger sound in the 1950s, and Keely Smith played a big part in that.

Keely Smith's biggest success with Prima came in 1958, with their version of the Harold Arlen and Johnny Mercer standard "That Old Black Magic." By that point, the song was already a bit dated, but Prima and Smith breathed new life into it with their jump blues sound. In the recording, Prima sings with in his typical bombastic and wild style, while Smith is cool, calm, and direct-a perfect foil to her husband. With Smith by his side, Prima earned a contract with Capitol Records in the mid 1950s. When he signed the contract however, he had one stipulation-a solo contract for his wife Keely Smith.

Although Smith played the deadpan sidekick to Louis's crazy antics, she was probably at her best as a solo ballad singer. Voyle Gilmore was the producer for Smith's first record with Capitol, and one of the songs he offered to her was a song called "I Wish You Love," based on an old French melody by Charles Trenet. Gilmore didn't think much of it, but Smith fell in love with the tune. The normally shy Keely Smith insisted that she record it. It ended up being not only her own personal favorite song, but also one of her most successful.

Keely Smith had quite a bit of success as a solo artist in the late 1950s, recording several albums for Capitol and Dot Records and working with big name arrangers like Nelson Riddle and Billy May. But Smith's biggest successes during this period still came alongside her husband Louis Prima. Smith, Prima, and saxophonist/bandleader Sam Butera became a musical team.

In the late 1950s, the three of them began a lounge act out in Las Vegas, at a time when high quality entertainment was still a rare thing on strip. A lounge act, at first, seemed beneath them. But when they were offered the job, the trio was broke. In a few weeks, their lounge act became the hottest ticket in Vegas, and they became the wildest band in town. Celebrities like Frank Sinatra, Howard Hughes, Natalie Wood, Fred Astaire, Sammy Davis Jr., and many more became regulars in their audience.

Prima would usually draw most of the attention with his off-the-wall personality, while Smith would play it straight-which was really more of her nature after all. Soon, this contrast between wild and deadpan became part of their act, with Smith acting unimpressed, bored, and even downright irritated by Prima's outrageous behavior.

By 1961, Keely Smith's personal and professional relationship with Prima began to sour. The two divorced, and Smith was on her own.

She had joined his band when she was very young, so Smith barely knew what life was like without Prima leading the way. Luckily for her, Smith had a strong support network. Dinah Shore, in fact, was the one who helped her break out of her shell by invitingÂ Smith to perform on her television show. And Frank Sinatra was instrumental in supporting her career. Sinatra and Smith had been label mates on Capitol Records in the 1950s, not to mention pals in Las Vegas, where they both worked as performers. Back in 1958, the two of them had even recorded a duet together called "Nothing In Common." It was one of the only times Sinatra recorded with another singer in the 1950s.

After Keely Smith and Louis Prima divorced in 1961, Smith wasn't sure if she would have a career anymore. At that time, Sinatra had just begun his own record label called Reprise. And Smith was one of the first artists to join his ranks. Smith recorded four records for Reprise, as well as appearing on several of Sinatra's various recording sessions.

One of her finest records is her returning to her ballad style for the album The Intimate Keely Smith. Instead of the lush Nelson Riddle Orchestra from the late 1950s, Smith is back by a simple quartet: piano, guitar, bass, and drums. It exposed a different, warmer side of the singer, who was mostly known as a Vegas performer.

Another interesting Keely Smith album from her Reprise years is her 1964 album Keely Smith Sings the John Lennon-Paul McCartney Songbook. When she recorded this album, it was still quite early in the midst of Beatlemania. That makes Smith among the very first artists to cover the Beatles, and most likely the first jazz artist to devote an entire album to Beatles covers. It's quite a good album, with some of the arrangements by Benny Carter. And Smith does a wonderful job translating the Beatles music into her particular jazz-pop style, which says as much about Smith's singing as it does Lennon and McCartney's songwriting.

By the mid 1960s, Keely Smith mostly retired from the public eye. She recorded again briefly 20 years later, but it wasn't until the turn of the century that we saw any major activity from the singer. She started performing live again and later released a string of albums between 2000 and 2005, beginning with Swing, Swing, Swing, named after the famous song written by her ex-husband Prima.

Her second album from that set Keely Sings Sinatra, a tribute to her long-time friend Frank Sinatra, was even nominated for a Grammy Award. In 2005, she performed a string of sets in Manhattan, and retired from performing altogether in 2011. On December 16, 2017, Keely Smith passed away from heart failure at age 89 in Palm Springs, California.