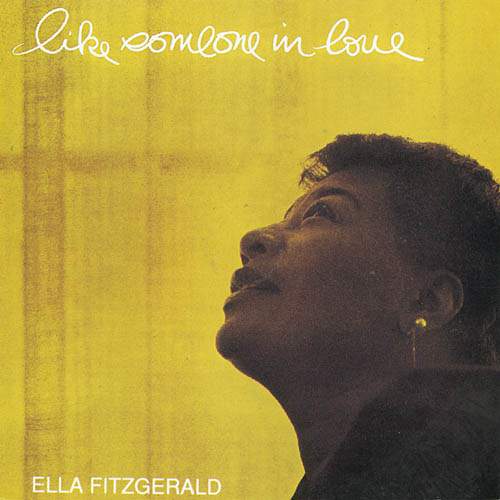 In 1957 singer Ella Fitzgerald was recording for jazz impresario Norman Granz-she'd just done the first of what would prove to be many songbook projects for him, in addition to the first of three duet albums with Louis Armstrong. Granz put her in the studio with arranger Frank DeVol, who had enjoyed huge success with his musical rundown of "Nature Boy" for Nat King Cole, and who had collaborated with Doris Day and Tony Bennett as well.

Granz also brought in tenor saxophonist Stan Getz to play on a few numbers. The goal was to emulate the Frank Sinatra concept LPs that had been coming out in the mid-1950s-albums that Sinatra made with arranger Nelson Riddle that established an LP-long mood, often either swinging or melancholic. The intended audience for Fitzgerald's LP, according to the liner notes, was "People in love," and the result, called Like Someone In Love, was one of those great 1950s drinking-wine-by-the-fireplace records.

Recordings from Frank Sinatra, Sarah Vaughan, Hoagy Carmichael, and more are featured on this edition of Afterglow, all as part of our standard mix of jazz, ballads, and American popular song.