Lost In The Stars: The Kurt Weill Songbook 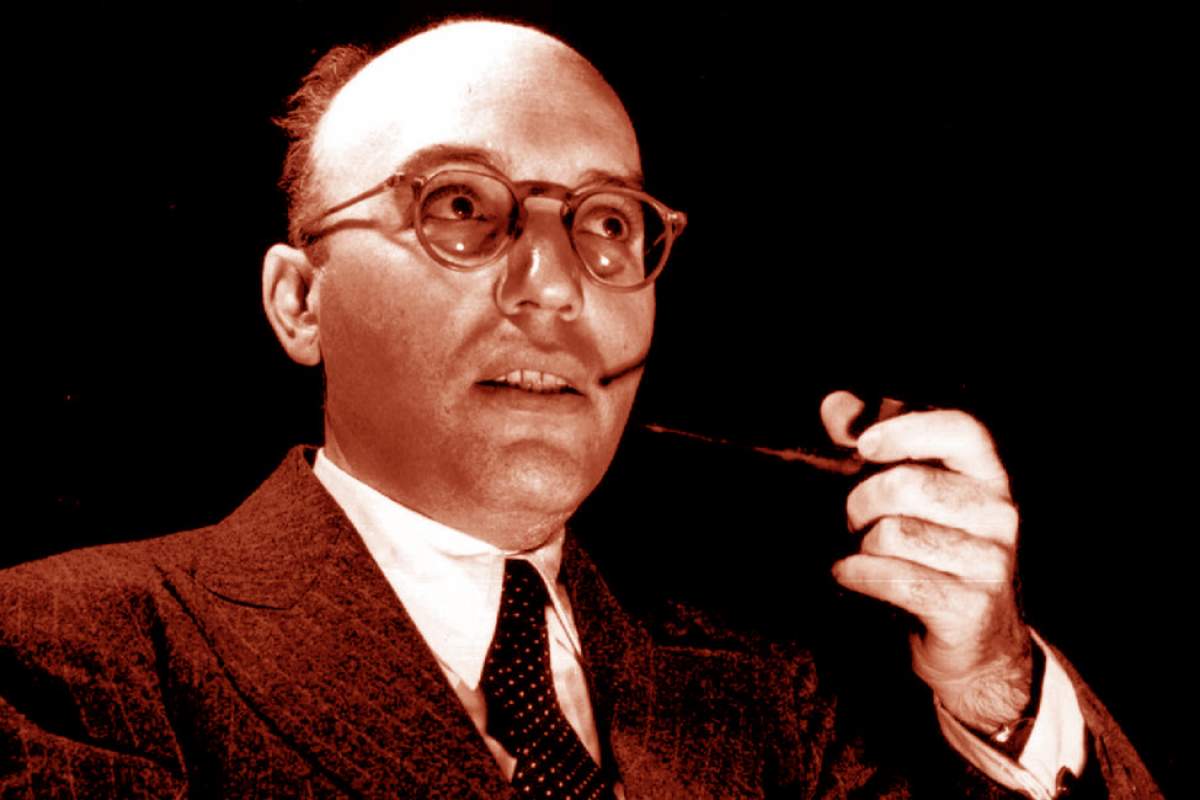 How does an avant-garde German composer become the toast of Broadway and the jazz scene in America? This is the unlikely story of Kurt Weill, a composer admired by both popular audiences and intelligentsia alike. This hour on the program, I'll be highlighting some ofÂ Weill's most beloved songs, including "September Song," "Speak Low," and "Mack The Knife," as performed by jazz's biggest names.

Kurt Weill was born in 1900, the same year as Louis Armstrong, although to much different circumstances. Having shown promise at a young age, Weill began to study composition in his home country of Germany, studying with some of Europe's most gifted composers at the time, including Ferruccio Busoni and Engelbert Humperdinck (the original Engelbert Humperdinck, the guy wrote the opera HÃ¤nsel und Gretel, not the guy who sang "Release Me.")

By the time he was in his early 20s, Weill was beginning to make a name for himself as a leading composer for the Berlin stage, writing works that brought in themes from American Popular Music. In 1927, Weill was offered a commission that paired him with one of the most important figures in his life: the burgeoning playwright Bertolt Brecht. Brecht's political, avant garde, and abrasive style meshed well with Weill's musical innovations. The two were revolutionary kindred spirits who found each other at the right place at the right time in Berlin, and their political works from the late 1920s, like The Rise and Fall of the City of Mahagonny and The Threepenny Opera transformed German theater and opera.

Weill and Brecht (along with Weill's wife, singer and actress Lotte Lenya) became stars of European theatre, however their politics eventually made them enemies of Germany in the early 1930s. Weill and Lenya eventually fled for America in the mid 1930s. By this time, he and Brecht parted ways creatively. However, their show The Threepenny Opera, and it's popular song "Mack The Knife" had been translated dozens of times, and had already made its way to America.

Weill's reputation had preceded him by the time he arrived in America, and he was greeted warmly in the New York City musical theater scene. In 1938, Weill teamed up with one of America's biggest stars, the playwright Maxwell Anderson. Together, they created Knickerbocker Holiday, his first show to premiere on the American stage. The show wasn't exactly a hit, but it did produce the tune "September Song," Weill's first true American jazz standard, later sung by Frank Sinatra and others.

Kurt Weill's next musical, Lady In The Dark, was his biggest hit in America. The show, with a book by Moss Hart, brought Weill back into the world of experimental theater. The show was about psychoanalysis, and every song takes place within a dream sequence. The song that keeps recurring throughout the show is the haunting tune "My Ship," which acts as a melody the main character Liza can't seem to get out of her head. To write the lyrics, Weill managed to coax Ira Gershwin out of retirement, who was still in mourning over the death of his brother George.

Weill's next venture was the musical One Touch Of Venus from 1943, a farcical play about a statue coming to life, which further cemented Weill's legacy. The breakout hit from the show was the song "Speak Low," with lyrics by Ogden Nash. Its languid melody made it a great vehicle for jazz singers and players, and it quickly became a standard performed by Gerry Mulligan, Sonny Clark, Bill Evans, Sarah Vaughan, and others.

After One Touch Of Venus, Weill embarked on one of his most ambitious musicals to date. He managed to successfully transform Elmer Rice's Pulitzer-Prize winning drama Street Scene into not a musical, but an opera for the American stage. To write the lyrics to this show about New York tenement life, he brought in acclaimed Harlem poet Langston Hughes. Street Scene enjoyed better reviews and a longer stage life than America's other success popular opera Porgy and Bess, and produced a few memorable songs as well.

Street Scene was followed byÂ the musical Love Life, a show Kurt Weill worked on with Alan Jay Lerner.Â Love LifeÂ wasÂ a concept musical about the changes in marriage from the perspective of a couple who doesn't age. The songs from this musical includeÂ "Lonely House" (recorded by June Christy on her famous album Something Cool) and "Moon Faced, Starry Eyed" (performed byÂ Johnny MercerÂ withÂ Benny Goodman).

Kurt Weill' final broadway production was Lost In The Stars in 1949, an adaptation of the novel Cry The Beloved Country. Weill worked again with Maxwell Anderson, who he worked with a decade earlier on his first show for the Broadway stage. Most of the songs were woven into the plot about South African apartheid, but the title song "Lost In The Stars" has been recorded on occasion as a standalone piece, recorded by Tony Bennett and others.

Kurt Weill passed away in 1950, just a year after his final Broadway show. By this time, his legacy was cemented in the theater world, but not yet in the jazz world. That all changed in 1956 with a little help from Louis Armstrong. Weill and Bertolt Brecht's play The Threepenny Opera, which had originally premiered in Berlin in 1928, had just been successfully revived in America off-Broadway. The show starred Weill's widow Lotte Lenya with new English lyrics by Marc Blitzstein.

With the buzz around Lenya, Columbia Record producer George Avakian arranged to make a record of her singing Weill's music. He also had the idea of doing a jazz version of opera's opening murder ballad "Die Moritat von Mackie Messer," known in the new translation as "Mack The Knife." Avakian first recorded Lenya doing this jazz version in German, with trombonist Turk Murphy's band.

Then he decided to bring in the legend Louis Armstrong to record the English translation. It was a gamble, but Armstrong was enthusiastic and "Mack The Knife" turned into a hit. Lenya was present at the recording session, and Armstrong used her name as one of Mack's victims-something that Bobby Darin also did in his hit version of the tune in 1959, and Ella Fitzgerald also tried to do in her famous 1960 live performance in Berlin (except she forgot most of the words).