Lester Young And The Singers 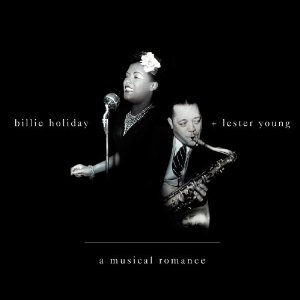 Lester Young was born on August 27, 1909 in Woodsville, Mississippi and went on to become one of the most influential saxophonists of the 20th century.

His cool, light, fluid and singing sound stamped itself on many of the musicians who followed him in the 1940s and 1950s, Stan Getz being one prominent example. He had a tremendous appreciation for singers, and also insisted upon knowing all the words of any tune that he played.

This program gathers some of Young's scattered recordings with vocalists such as Una Mae Carlisle, Billy Eckstine, and Ella Fitzgerald, and highlights his most significant such relationship--with Billie Holiday.

Whether they were performing good songs or bad, Holiday and Young left a transcendent gloss on everything they did; just hearing Lester's sax at the beginning of a song sounds like an invitation to a musical dream.