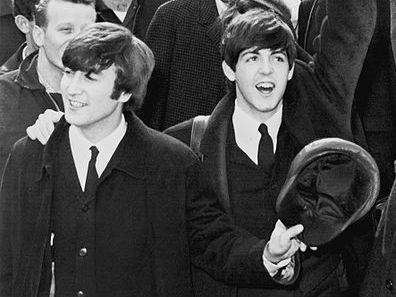 John Lennon and Paul McCartney both grew up in Liverpool, England, where they met as teenagers and formed the group the Quarrymen, which would eventually turn into the Beatles--a band whose explosive popularity shook up the world of jazz and American popular song in the early 1960s. Suddenly the songs of Cole Porter, Irving Berlin, the Gershwins, and other long-renowned tunesmiths seemed irrelevant to a younger audience whose appetite for pop-rock began to drive the music industry. Older artists with roots in the big-band era such as Ella Fitzgerald, Duke Ellington, and Count Basie began to work some of the Beatles' songs into their repertoire.

For those artists, the Beatles' music seemed like a strange new language. For jazz and popular-song artists of today, however, it's the music they grew up with, especially since the Beatles' music has continued to be enormously popular long after the group's breakup in 1970. "The Lennon-McCartney Songbook" features performances by Brad Mehldau, Bill Frisell, and Karrin Allyson, as well as recordings made in the 1960s and 70s by Frank Sinatra, Sarah Vaughan, George Benson, and others.