Lena Horne: The Lady And Her Music 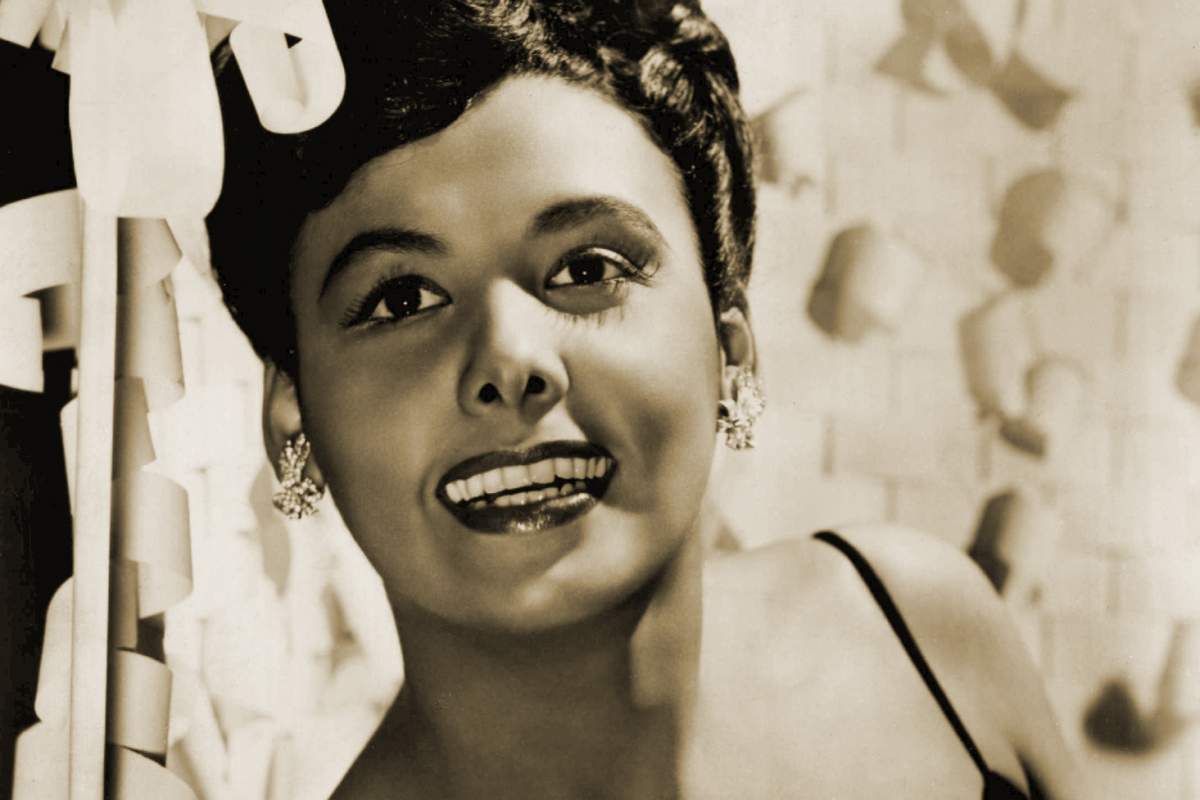 This week, we’re celebrating the music of the great Lena Horne. Horne was a singer, nightclub performer, actor, and activist, who broke down color barriers in the entertainment industry in the early 20th century. Her singing career began at the Cotton Club when she was just a teenager, and she introduced some of the biggest jazz standards by composers Harold Arlen, Duke Ellington and Billy Strayhorn. This hour, we'll learn more about Lena Horne's life and career, and feature some of her best recordings along the way.

Lena Horne was born into an upper-middle class black family in Brooklyn, New York on June 30th 1917. Her mother moved her into the south, and deep into poverty. But at age 16, she moved back to New York, and began singing at Harlem's famed Cotton Club. It was at the Cotton Club that she was first introduced to the music of Harold Arlen, a composer whose music would help define her career.

In 1936, she began to sing with Noble Sissle's orchestra, a high-society African-American touring band. It was there she began to hone her craft, not so much as a jazz singer, but as an all-around entertainer. Her fame began to grow as an excellent singer and a knockout beauty. Within five years, she earned more mainstream success, performing at the Café Society nightclub, the radio program The Chamber Music Society of Lower Basin Street, and recording with bandleaders Charlie Barnett and Artie Shaw and earning her first hit records.

1941 was the year of Lena Horne's life that would define her career. Her nightclub appearances got her noticed by people out in Hollywood, which led to two big breaks. The first was a chance to record six songs with RCA out in Hollywood, including her signature song "Stormy Weather." The second was a film deal with MGM. With the help of Walter White, the head of the NAACP, Horne managed to negotiate a contract that was on par with white actresses at the time, something completely unheard of for an African-American actress.

In 1942, she was featured in the MGM film Panama Hattie. Her role was one of the first roles for an African American in a major studio feature that was not based on a demeaning stereotype. It was a watershed moment in civil rights in the US. This would later lead to other roles in films like Ziegfeld Follies and Stormy Weather, where she sang the title song, turning Lena Horne into a civil rights icon.

By 1943, Lena Horne was one of the biggest stars in America, and someone who helped break the color barrier in the film industry. Her star in Hollywood began to grow, but from the music side, she developed close relationships with some of the biggest songwriters in the industry. Most notably, Lena Horne became associated with the music of Harold Arlen.

Arlen of course wrote Horne's signature song "Stormy Weather." Horne first sang in 1941 for RCA records, but would later sing in the film musical Stormy Weather, as well as dozens more times in her live sets. Arlen was also one of the composers working in the Cotton Club where Horne got her start, and a sixteen-year old Horne sang Arlen's brand new song "As Long As I Live," a song that she would later record.

Arlen wrote the song "Any Place I Hang My Hat Is Home," as well another hit song "Come Rain Or Come Shine" specifically for Lena Horne. They were both part of his 1945 Broadway musical St. Louis Woman, Arlen was eager to get MGM's newest star on board. However, Horne was opposed to the depiction of the black characters in the show as gamblers and prostitutes, and declined to star in the Broadway musical. However, she would record both of Arlen's songs years later.

In 1945, Horne starred in the all-black MGM musical and morality play Cabin In The Sky. Arlen and Yip Harburg added new songs to the film version of the show, including the song "Ain't It The Truth" for Lena Horne. In the film, Horne sang the song while sitting in a bubble bath. The scene was considered too risque by the censors, and cut from the film.

Lena Horne had close friendships with many important composers, but none was as close as her friendship with Billy Strayhorn, Duke Ellington's right-hand man. It was never a romantic relationship—Strayhorn was an openly gay man—but it was very personal to both parties. Horne called Strayhorn "her only real friend." Strayhorn wrote songs for Horne, and she was the last person he visited before he passed away in1 967. Once when Strayhorn was mugged on the street, the only thing he cared about protecting was a ring he received as a gift from Lena Horne.

In 1955, Strayhorn wrote a love song for Lena Horne called "You're The One," a charming tune that captures their mutual admiration for each other. He also wrote the song "Maybe" for her, which she would record many times, including on her 1994 Grammy Award-winning album An Evening With Lena Horne.

The Lady And Her Music

Lena Horne's music never really fell into the category of jazz, but she wasn't really a pop singer either. She was first and foremost a nightclub performer, a class of entertainer that doesn't really exist any longer.

Her performances were legendary. She performed at many of the most notable clubs, including The Sands in Las Vegas and the Cocoanut Grove in LA. Her 1957 engagement at the Waldorf Astoria in New York was turned into the record Lena Horne at the Waldorf Astoria, and became RCA's biggest-selling album by a female vocalist.

In 1981, Lena Horne took her nightclub performances and transformed it into a one-woman show on Broadway. The Lady And Her Music, as it was called, had Lena telling personal stories and performing some of her biggest hits for over 300 performances on Broadway. The show earned her a Tony Award, a Drama Desk award, and a Grammy Award. The show opened with the vibrant Cole Porter tune "From This Moment On," a song that showcases Horne's unique brilliance as a performer.

Lena Horne continued to perform and record in the decades after her award-winning Broadway music The Lady And Her Music. In 1994, she made another live album called An Evening With Lena Horne. She was nearly 80 years old when it was released, but she still looked barely 50, and sounded much younger too on the album. An Evening With Lena Horne would be the singer's final live album, but it would earn her a Grammy Award for best vocal jazz album, beating out stars of several younger generation, including Abbey Lincoln, Dee Dee Bridgewater, Dianne Reeves, and Kurt Elling.

Lena Horne passed away in 2010 at age 92. In her career, she had helped pave the way for other black artists, especially actors, by holding herself to a higher standard and demanding more respect from the studios. Horne remained deeply involved in the civil rights movement throughout the 40s, 50s, and 60s, even sacrificing her own film career for the cause of equality.

Horne's final recording sessions came in the late 1990s for the Blue Note album Being Myself. At this time, Horne said of herself, quote "My identity is very clear to me now: I am a black woman. I don't have to be an imitation of a white woman that Hollywood sort of hoped I'd become. I'm me, and I'm like nobody else." unquote

On this record, she recorded many of her old hits, including the Harold Arlen and Ted Koehler song "As Long As I Live." This song was written in 1934 while Arlen, Koehler, and a 16-year old Lena Horne were all working in New York City's Cotton Club. It was first performance by Avon Long, and it was his idea to bring the unknown Horne on stage to sing eight bars of the song. It was her first time in the spotlight, but it caught the eye of Arlen, and newspaper columnists Walter Winchell and later Ed Sullivan. "As Long As I Live" was the song that made Lena Horne pursue a career in entertainment.