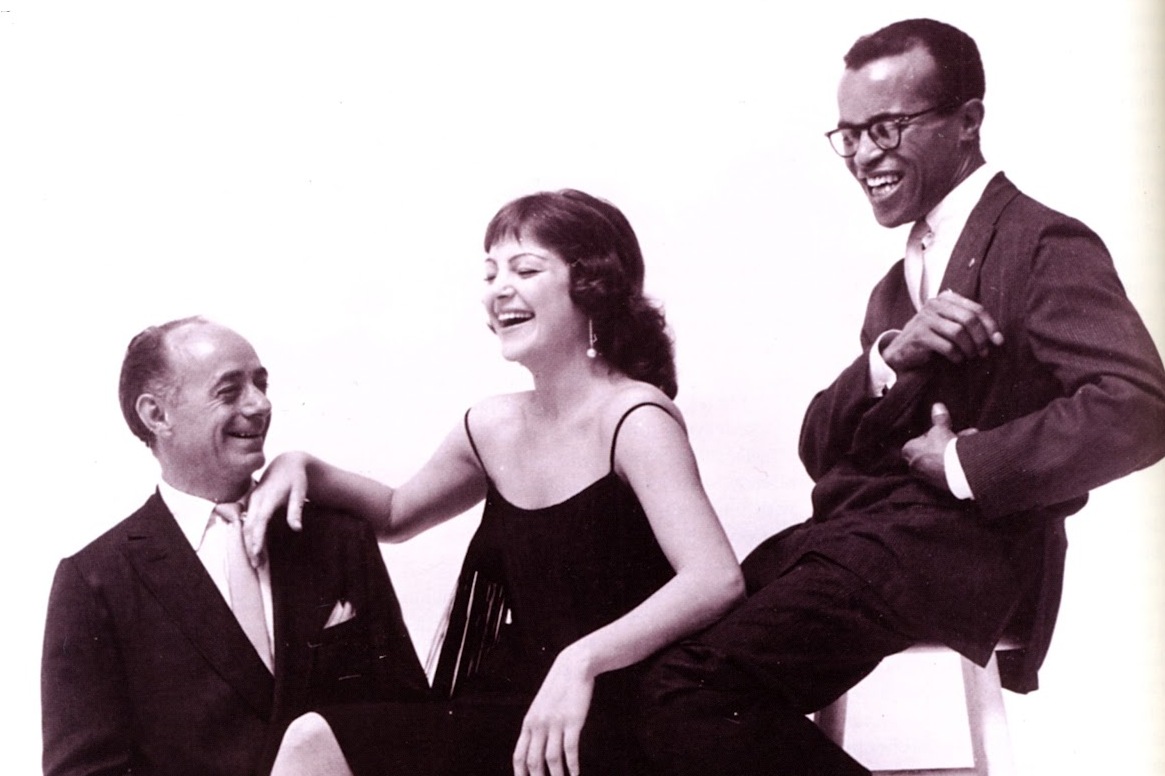 In the late 1950s, Down Beat magazine called Lambert, Hendricks, and Ross "the Hottest New Group in Jazz." Even today, over 50 years later, there has rarely been a group as hip as that trio of Dave Lambert, Jon Hendricks, and Annie Ross. On this program, we'll feature music from their very short six year tenure as an ensemble.

The story of the ensemble begins with Jon Hendricks, the group's main lyricist, and the song "Moody's Mood for Love." It's said that Hendricks was sitting in a coffee shop in 1952 and heard the singer King Pleasure's version of the Jimmy McHugh and Dorothy Fields song "I'm in the Mood for Love." This version of the song, which has since been dubbed "Moody's Mood for Love," is based on a 1949 version by saxophonist James Moody, where Moody improvised a new melody over the chord changes, typical in the bebop era of the late 1940s. Lyricist Eddie Jefferson added words to Moody's solo, and King Pleasure recorded this version in 1952 with singer Blossom Dearie.

This style of adding new lyrics to an existing improvised jazz solo has become known as "vocalese." After Hendricks heard this song, he said it "struck a chord in my soul,"Â and from then on he focused his songwriting energy on composing vocalese lyrics. As author Will Friedwald argues, the vocalese songs are actual "jazz songs," songs with music and lyrics that fully embraced a true jazz sensibility, rather than just pop song sung in a jazz style. Hendricks wrote most of the lyrics to the vocalese songs that Lambert, Hendricks, and Ross made famous.

Lambert, Hendricks & Ross with Joe Williams performing Count Basie's "Every Day I have the Blues."

If Jon Hendricks was the lyrical genius of the group, Dave Lambert was the vocal genius. Lambert was an innovative arranger, and helped make the voice a legitimate and respected instrument in modern jazz in the 1940s. Hendricks and Lambert, who were both looking for ways to experiment with jazz singer, were the first to team up. In 1956, the duo was asked by ABC-Paramount to create choir versions of Count Basie tunes for an upcoming album. They were afraid that any group of studio singers wouldn't be able capture that Basie sound, so they brought in singer Annie Ross to train the ensemble. Ross was a well-known Scottish jazz singer who had previously wrote and recorded her own vocalese versions of Art Farmer's "Farmer's Marker" and Wardell Gray's "Twisted."

Even with Ross's help, the group of studio singers could not swing. So Lambert, Hendricks, and Ross decided to scrap the entire recording session and do the songs themselves, overdubbing their own voices to sound like a full choir. The resulting album Sing a Song of Basie was a tremendous hit and Lambert, Hendricks & Ross became the toast of the jazz world. They recorded an album with Basie's band in 1958, made a record for Pacific Jazz in 1959, and then finally were picked up by Columbia records, after topping many readers jazz polls.

Their first album with Columbia takes its title from a DownBeat magazine quote: Lambert, Hendricks, and Ross, "The Hottest New Group in Jazz." The trio recorded three albums together for Columbia, their final album in 1962. Ross was suffering from a drug problem at the time, and that's often cited as the reason the group disbanded. Ross was replaced by Yolande Bavan and the trio Lambert, Hendricks, and Bavan recorded three live albums together before ultimately parting ways in 1964. The original trio never had a chance to reunite, when Dave Lambert was tragically killed in Â car accident in 1966.

Lambert, Hendricks & Ross left a large legacy in the jazz world and nearly every vocal jazz ensemble since, from the Manhattan Transfer to the New York Voices, have been indebted to them. On this program, we're featuring songs from Lambert, Hendricks & Ross's career stretching from 1956 to 1962, as well as some of the early vocalese songs sung by King Pleasure and Annie Ross, and some later vocalese tunes sung by one of their more recent successors, the New York Voices.