The Ladies of Bethlehem 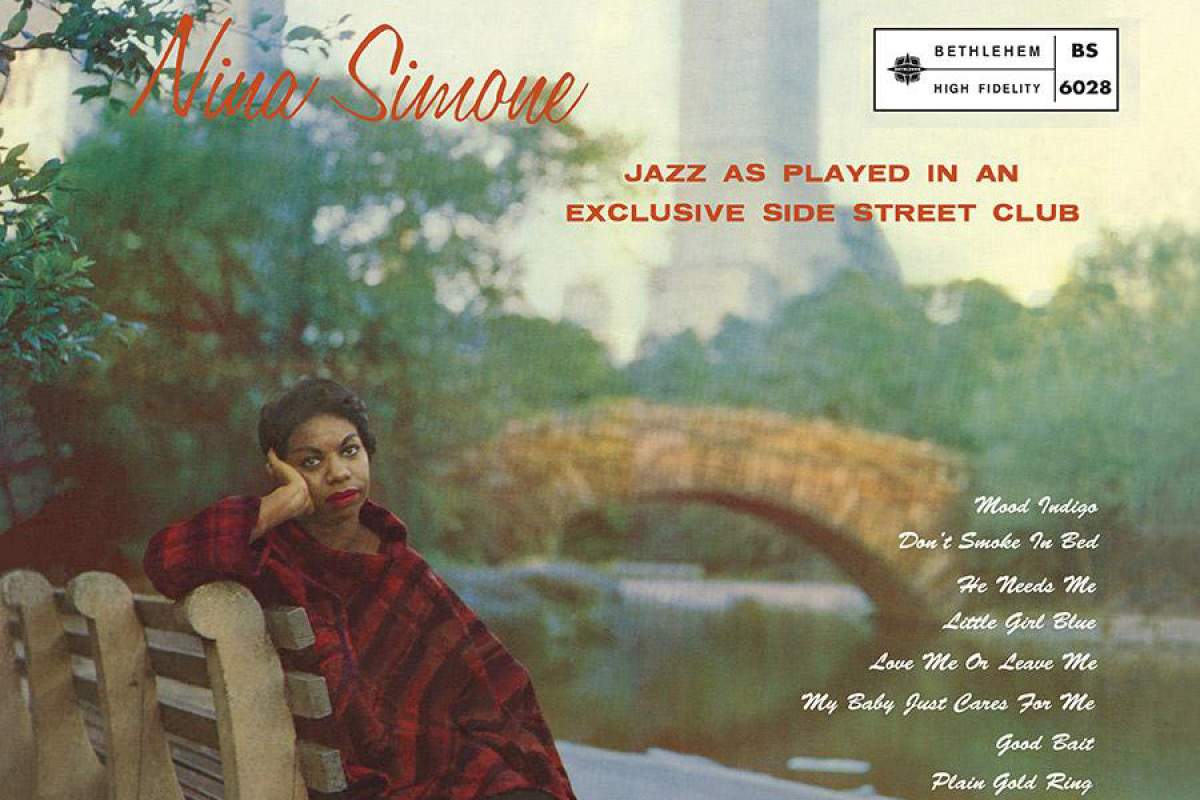 In the 1950s, the small upstart record label known as Bethlehem started to amass one of best rosters of jazz musicians in the country, including folks like Dexter Gordon, Charles Mingus, and Art Blakey. This week on the program, I'll be highlighting some of the singers that recorded for Bethlehem in the 1950s, in particular the female singers. Some of these singers are well-known, others less so, but all of them had a cool, smoky style that made the Bethlehem label unique. On this episode, we'll hear music by singers like Chris Connor, Carmen McRae, Frances Faye,Â Betty RochÃ©, Nina SimoneÂ and more.

There was nothing special behind the name Bethlehem Records-no immaculate birth. Rather, its founder Gus Wildi, an eager producer born in Switzerland, came across the name while reading about the American company Bethlehem Steel. The label started in New York in 1953, and soon became home to some of the greatest jazz artists on both coasts: Mel TormÃ©, Dexter Gordon, Charles Mingus, Art Blakey, and more.

The Bethlehem label was known for two things: their artfully designed covers and the artistic freedom they gave their musicians.

One of the first singers that struck a deal with Bethlehem was Chris Connor. Connor had just completed a successful run as the lead singer of Stan Kenton's Orchestra, following in the footsteps of Kenton's former singers Anita O'Day and June Christy.

Chris Connor had the rich smoky voice that would set the tone for many of the female singers who would follow in her footsteps at Bethlehem. Her recordÂ Chris Connor Sings Lullabys Of Birdland was one of the very first LPs released by the label, and features her alongside pianist Ellis Larkins.

This album is also important because it was the first major record produced by a young producer named Creed Taylor. Taylor was only 24 years old, and his keen ear helped shape Bethlehem into an important jazz label in the 1950s. He would later go on found Impulse and CTI records in the 1960s and 70s, supporting the careers of John Coltrane, Stan Getz, Freddie Hubbard, and more.

The label became the home of many ballad singers in the 1950s, including singers like Audrey Morris andÂ Paula Castle, which were helped by their skilled producers.Â Creed Taylor and Red Clyde had great taste, not only in singers, but also in accompaniment. A Bethlehem ballad as tasteful and understated, as opposed to the overly maudlin ballads you might find on the Columbia label around this time.

Bethlehem Records had a knack for finding young singers on the rise. One of their first big finds was singer Carmen McRae, who had a monumental career that began at Bethlehem in 1955. Her tenure with Bethlehem didn't last long, but even on her debut, self-titled recording for the label, you can hear the beginnings of one of the best jazz singers.

Another notable female singer who recorded for Bethlehem in the 1950s isÂ Helen Carr. Carr was one of the many female vocalists who filled the gap at the label after Chris Connor left Bethlehem for Atlantic records. She was very much in the Chris Connor mold, too: a cool, smoky-voiced former big band singer.

Betty Blake is another female singer that may have never gotten a chance in the spotlight, had it not been for Bethlehem records. Blake was one of the singers who joined the label just before it was sold in 1962. Her 1961 album Betty Blake Sings In A Tender Mood is a combination of ballads and mid-tempo numbers featuring players like Teddy Charles on vibes, Mal Waldron on piano, and Kenny Burrell on guitar.

One of the most exciting new recruits for Bethlehem was singer Sallie Blair, whose Bethlehem recordings were reissued by Fresh Sound in 2015. Blair's fame came in 1957, mostly for her good looks, her sexpot persona, and her dyed platinum blond hair-she was one of the "brown blondes" featured in Jet magazine around this time. She was featured on Ed Sullivan and Johnny Carson, sang with Cab Calloway and Duke Ellington, and became a favorite of writer Walter Winchell.Â Despite her overtly sexy persona, Blair was more than just a novelty. She had a strong voice with a confident delivery, which is clear from the opening track of her Bethlehem debut.

Another Lady of Bethlehem records was singer, dancer, and actor Peggy Connelly. The Texas native was featured in several films in the 1950s and on television. She also recorded several times for Bethlehem alongside Russ Garcia's "Wigville" Band.

Another singer on the Bethlehem roster was Frances Faye. Faye was different than singers like Helen Carr and Chris Connor, because she didn't come from the world of the jazz big bands, but rather from the world of nightclubs and cabaret, so she brought a lot of personality to her recordings. She recorded several albums for Bethlehem, but her most groundbreaking was also one of the more unlikely success stories, the album Frances Faye Sings Folk Songs.Â It's hard to think that songs like "Skip To My Lou," "Oh My Darling Clementine," or "John Henry" could ever swing, but Faye makes it work with her inimitable style.

Another established star who signed to Bethlehem in the 1950s with Betty RochÃ©, an alum of Duke Ellington's Orchestra. Roche sang with Ellington in the 1940s, but in 1952 recorded a definitive version of the Billy Strayhorn tune "Take The A Train" with Ellington's orchestra. In 1956, she recorded her first solo record for Bethlehem, recording a number of jazz standards, including the Ellington song that made her famous.

Bethlehem did a great job of attracting new talent, but not at retaining it. Singers like Chris Connor, Carmen McRae, Sallie Blair, and Helen Carr moved to other labels shortly after recording their solo debuts for Bethlehem. That was also the case for perhaps the most famous Bethlehem new recruit: Nina Simone.

Simone's career began in Atlantic city, where she moonlighted in small clubs between her efforts to become a classical pianist. Her first album was the album Little Girl Blue for Bethlehem in 1958, where she recreated her live set on record. She never thought much of her career as a jazz singer, so she sold her rights to Bethlehem for cheap. The album became a sleeper hit, and Simone lost out on probably a million dollars in royalties. Upset by her treatment by the label, she moved to Colpix records shortly after. But it was still on Bethlehem where she got her start and recorded some of her most iconic songs, including "I Loves You, Porgy," "Don't Smoke In Bed," "Little Girl Blue," and "My Baby Just Cares For Me."