The King and Queen of Soul Sing Standards 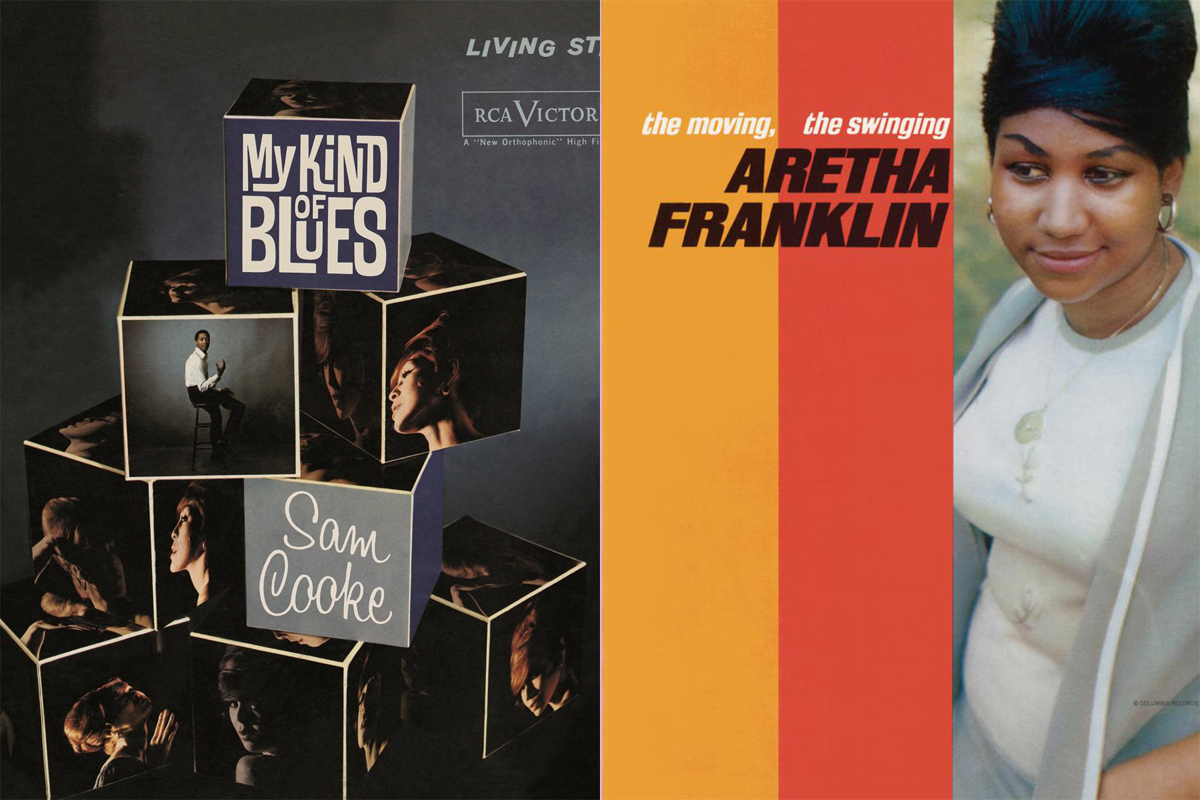 In the world of soul music, there are hardly two more venerated names than Aretha Franklin and Sam Cooke. Both began their musical careers singing gospel, and they're bothÂ are known for taking that gospel sound and transforming the world of rock and R&B. But each artist, at one point or another in their career, also interpreted the music of the Great American Songbook, and that's what we're exploring in this episode.

Cooke was 10 years older than Franklin, but their careers had very similar arcs. Each grew up as the child of a Baptist preacher, singing gospel music in church. Cooke was from Chicago, Franklin from Detroit-Cooke's professional music career started when he was teenager at age 19, after joining the hugely popular gospel group The Soul Stirrers as their new lead singer. Franklin recorded her first gospel record also while she was just a teenager, at age 14.

Sam Cooke officially "crossed over" from gospel to pop in 1957, signing with the Keen label and earning a hit with his own song "You Send Me." And even though he was a superstar in the youth pop market and the gospel circuit, Cooke's eye was clearly on the music of the Great American Songbook. He was following in the footsteps of his idols Billy Eckstine and Nat Cole, preferring to play at the Copacabana (which he did) rather than American Bandstand. Standards played a key role in Cooke's output for his entire career. HisÂ 1961 RCA Victor album My Kind of BluesÂ features mostly standards chosen by Cooke, as does his 1959 Billie Holiday tribute albumÂ Tribute to the Lady. Record executives at RCA were unsure of how to market him: they continued to allow him to explore more adult-oriented pop on his albums, despite his success singing to teenagers.

Aretha Franklin's foray into the world of standards and traditional pop also comes from record executives unsure of how to market her. Most of us know Franklin's soulful songs for Atlantic Records from the late 1960s, like "Respect" or "Chain of Fools." But before that, Franklin released nine albums for Columbia records over 6 years, all of which were more in a jazz style. Evidently, before she signed to Columbia, Sam Cooke of all people was fighting to get her to sign to his label RCA. But the legendary A&R man for Columbia, John Hammond, was able to entice her. Hammond was the same man who discovered Billie Holiday, and he wanted to market Aretha as the next jazz sensation. Franklin couldn't hide her gospel roots in her voice, which is why she shined so much in the R&B records for Atlantic. But she was such a versatile singer that while on Columbia, she could at times sound like Dinah Washington or even like Sarah Vaughan.