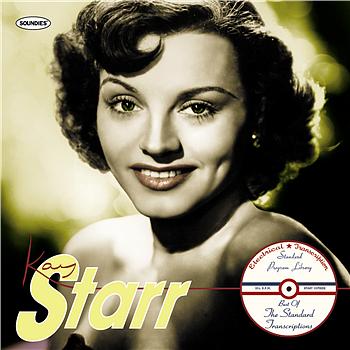 Kay Starr was born July 21, 1922 on a reservation in Doughterty, Oklahoma, with a strongly Native American heritage and some Irish as well. She's a singer whose style, which jazz writer Gary Giddins called "her brassy fusion of urban swing and country twang," crossed several genres and won her admirers in the jazz world such as pianist Bud Powell, saxophonist Lester Young, and singers Dinah Washington and Helen Humes. Starr would achieve her biggest commercial success in the 1950s with pop-novelty songs such as "Wheel of Fortune" and "The Rock and Roll Waltz," but her artistic legacy rests on the many jazz recordings she made in the 1940s and in the late 1950s and early 1960s, featured on this edition of Afterglow.