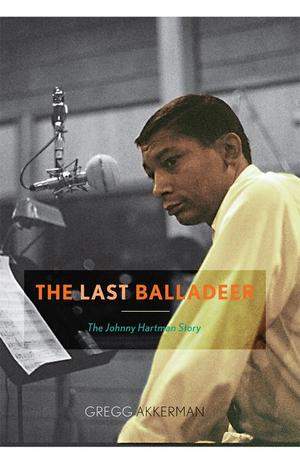 Singer Johnny Hartman, whose voice was steeped in low-lights intimacy, is best known for his 1963 collaboration with saxophonist John Coltrane, and for the use of his recordings in the romantic 1995 movie The Bridges Of Madison County. This week on Afterglow Gregg Akkerman, author of the new Hartman biography The Last Balladeer, joins the program to help us delve more deeply into Hartman's career on record. We'll hear a rare broadcast of Hartman with Dizzy Gillespie's big band in 1948, some little-known 78s that Hartman recorded in the early 1950s, and some of the recordings that Hartman made after his classic encounter with Coltrane.