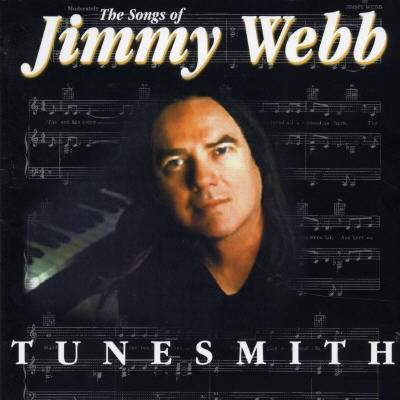 Songwriter Jimmy Webb was only in his early 20s when he became a major presence on the pop-rock charts of the late 1960s, as singers and groups such as Glen Campbell and the Fifth Dimension scored hits with versions of Webb tunes such as "By The Time I Get To Phoenix," "Up, Up and Away," and "MacArthur Park."

Webb was the son of a Baptist minister, born on August 15, 1946 in Elk City, Oklahoma. His songwriting inspiration drew on his early love of literature, his attraction to visual imagery, and his own romantic relationships, as well as musical influences ranging from Dave Brubeck to Burt Bacharach-and he had a gift for coming up with sophisticated pop melodies and hooks. One writer has called him "the foster child of Tin Pan Alley and Sixties Singer-Songwriter," and he's sometimes been labeled a latter-day Hoagy Carmichael, for his ability to create ingenious and enduring hit songs that have found favor over the years with a wide variety of artists, including Frank Sinatra, Art Garfunkel, Maynard Ferguson, Linda Ronstadt and R.E.M.

Special thanks to Jim Sangrey.