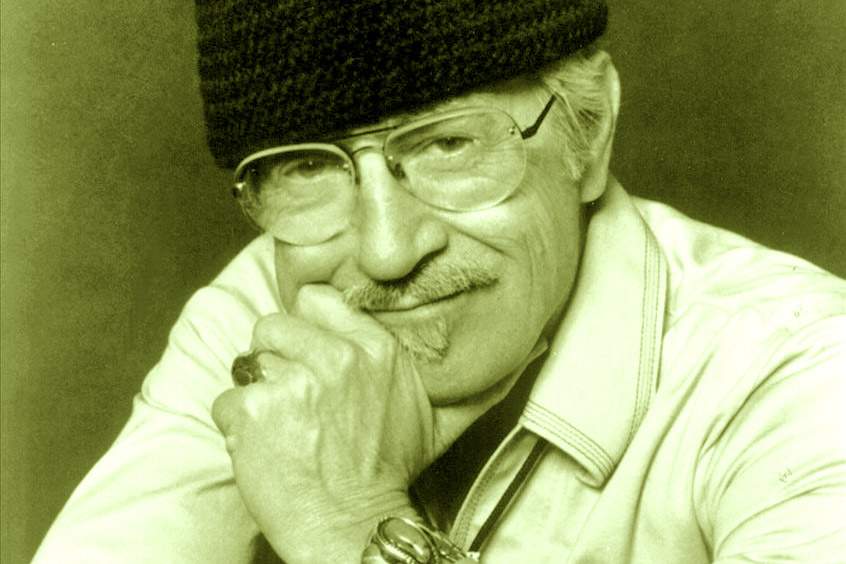 This week on the program, we turn to the work of Jimmy Rowles, a West Coast piano player who had a long and well-respected career. Rowles started working in the big bands, and had some minor solo success, but he's best known as an accompanist who was in demand with many of the great singers of his day. This hour, we'll hear Rowles work with singers such as Billie Holiday, Mel TormÃ©, Sarah Vaughan, Julie London, and more.

Jimmy Rowles was first discovered in the early 1940s by Ben Webster, Duke Ellington's famed tenor saxophonist. It was Webster who secured Rowles first gig performing with Slim Gaillard. In the 40s, Rowles bounced around among different big bands, including those of Woody Herman, Benny Goodman, and Tommy Dorsey. It was finally in the 1950s when he became to be known as a reliable accompanist to singers. Rowles settled on the West Coast, and could be called upon in a pinch to be a steady pair of hands with just the right chords to support a singer.Â Rowles was also a gifted composer and in his later years, he even sang. And never one to shy away from a gig, Rowles joined the "Wrecking Crew" on occasion, and worked as a session musician for the pop-rock bands The Monkees and The 5th Dimension.

He worked with just about every singer who spent any time on the West Coast, but he became closely associated with two singers in particular: Peggy Lee and Billie Holiday. Rowles was Holiday's primary pianist in her later years, and was with her on most of her final albums with the Verve label in the late 1950s. He recorded several of Lee's albums for Capitol in the late 1950s and early 1960s.

Rowles had one-off sessions with otherÂ prominent Â singers from this era as well, including Tony Bennett, Hoagy Carmichael, Ella Fitzgerald, and Mel TormÃ©. In 1965, Rowles teamed up with Tony Bennett to record the Johnny Mandel song "The Shadow of Your Smile" won the Academy Award in 1965 for best song. Many versions exist, but Bennett's version is perhaps the finest, no doubt elevated by the accompaniment by Rowles. Singer Mel TormÃ© worked almost exclusively with pianist Marty Paich and his Dek-tette throughout the late 1950s and early 1960s. However, TormÃ© made a few exceptions, notably with pianist Jimmy Rowles. The two worked together on a handful of sessions, including the albums Mel Torme Sings Sunday In New York and The Duke Ellington and Count Basie Songbooks.

Julie London's 1957 album Julie featured Rowles taking on the role of conductor and arranger. London was known for her smoky torch songs around this time, but with arrangements by Rowles underneath her, this album was jazzier than many of her other releases.

In 1977, Jimmy Rowles's behind-the-scenes work finally got a chance to be properly highlighted. Saxophonist Stan Getz had just been given carte blanche by Columbia Records to produce an album of his choice. And he took the opportunity to feature Jimmy Rowles, calling his genius quote "the best kept secret to the public at large since Mona Lisa's smile."

The album called The Peacocks was mostly a showcase of Rowles's piano playing, along with Getz's saxophone. But it also showed off two other sides of the musician. The first was his songwriting ability. He wrote the album's hauntingly beautiful title track, "The Peacocks," and the album also showed off Jimmy Rowles's unique voice. He was almost like a gravely-voiced Nat King Cole, if Nat Cole continued to live (and smoke) well into the 1970s, or if Leonard Cohen sang jazz standards.

In the 1970s and 80s, Rowles also remained in demand, and became the dedicated pianist for both Sarah Vaughan and Carmen McRae as they navigated these years more or less out of the spotlight. During this period, McRae praised Rowles as quote "the guy every girl singer in her right mind would like to work with." With Sarah Vaughan he performed on several albums. They even recorded the songÂ "Morning Star," written by Jimmy Rowles with lyrics by Johnny Mercer, on their 1974 live album Sarah Vaughan and the Jimmy Rowles Quartet. It's not to be confused with another song called "Morning Star" by W.C. Handy, the song Nat King Cole performed in the W.C. Handy film St. Louis Blues-apparently the writer of the original liner notes did make this confusion.