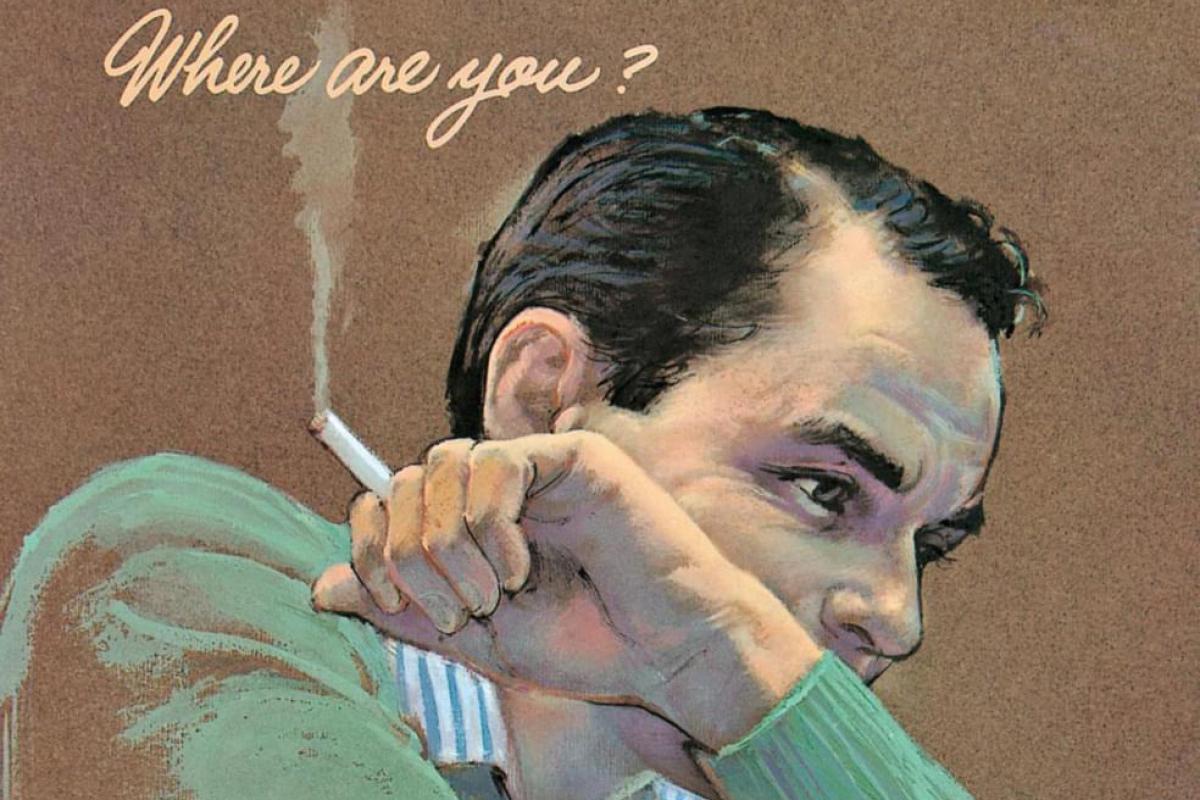 Quasquicentennial—it’s an odd word. It means the 125th anniversary. It’s maybe not as exciting as a centennial, but it’s an occasion nonetheless. And any occasion to celebrate composer Jimmy McHugh is a good one. This week marks McHugh’s quasquicentennial—he was born July 10, 1894. Simply put, McHugh had the gift of melody, and out of his brain came such jazz standards as “I Can’t Give You Anything But Love” and “I Couldn’t Sleep A Wink Last Night.” On this show, we’ll hear his songs performed by Frank Sinatra, Nat King Cole, June Christy and more.

From Song Plugger to Songwriter

In 1951, after three decades in the music business Jimmy McHugh took a trip to England where he performed for the Queen. When Queen Elizabeth met him, she said “You seem to have written all of my favorite songs.”

And that really sums up Jimmy—once you take a look at all the songs he wrote that you realize what am impact he had on American pop music. All in all, Jimmy McHugh composed over 500 songs and dozens of jazz and pop standards, far more than we can get to in one hour.

McHugh entered the American pop music world in its infancy. He was born in 1894 in Boston, and when he was about 22 years old, he got a job at Irving Berlin’s publishing house as a “song plugger.” Basically this meant he would travel around to theaters trying to sell the songs on behalf of the publishing house—playing them for producers and hoping to get these songs in their shows. Soon, McHugh started writing his own songs to plug.

Starting around 1921, he hustled to get his music performed at theaters, in films, basically anywhere they could be played. One of his earliest song, “I’m The Lonesomest Gal In Town,” had its premiere on the radio in 1925, performed by McHugh himself and Irving Mills, the song’s co-writer Irving Mills.

At The Cotton Club

One of the first places Jimmy McHugh found success as a songwriter was at the Cotton Club, the all-white Harlem nightclub that spawned the careers of Harold Arlen, Adelaide Hall, Ethel Waters, Duke Ellington and Lena Horne.

Two of his earliest songs performed in Cotton Club reviews went on to become jazz standards: "When My Sugar Walks Down The Street" (co-written, again, by Irving Mills with Gene Austin) and "I Can't Believe You're In Love With Me" (co-written by Clarence Gaskill).

In 1927, Jimmy McHugh met his most important musical partner, the 22-year schoolteacher turned lyricist Dorothy Fields. For the next seven years, McHugh and Fields became one of the best duos in American Popular Song, churning out countless hits on Broadway, in Hollywood, and on the hit parade.

Their first musical collaboration was the African-American musical review known as Blackbirds of 1928, which starred Adelaide Hall and Aida Ward. It was a smash hit, creating stars out of McHugh and Fields, and popularizing the songs "I Can't Give You Anything But Love" and "I Must Have That Man."

McHugh and Fields continued to work on Broadway for the next several years, creating other hit songs as “On The Sunny Side of The Street” and “Exactly Like You” in 1930 for the musical Lew Leslie's International Review.

In 1933, with New York being hit hard by the Great Depression, McHugh and Fields set their sights on Hollywood (other songwriters like Rodgers and Hart and Harold Arlen had done the same around this time).

Their first hit out in Hollywood was “Don’t Blame Me,” a song written for the 1933 film Dinner At Eight. Their follow-up to Dinner At Eight, the 1935 film Every Night At Eight, produced even more hit songs, including "I Feel A Song Coming On" and "I'm In The Mood For Love."

After seven years of working as a duo, Jimmy McHugh and lyricist Dorothy Fields decided to end their partnership around 1935. Fields started working with Jerome Kern, Arthur Schwartz, and later Cy Coleman. McHugh started working with a number of Ted Koehler, Johnny Mercer and Frank Loesser.

With this trio, he wrote many songs that became minor standards, like “I’m Shooting High” and “I’ve Got My Fingers Crossed” with Ted Koehler, the Oscar-nominated song “I’d Know You Anywhere” with Johnny Mercer, and “Can’t Get Out of This Mood” and “Let's Get Lost” with Frank Loesser. That last tune was introduced in the 1943 film Happy Go Lucky, starring Mary Martin.

The only thing McHugh had that resembled a long-term partnership during this time was his work with lyricist Harold Adamson.

McHugh and Adamson started working together on films in the late 1930s, and continued to collaborate during World War II and beyond. Some early hits for the duo include the 1937 films You’re A Sweetheart (where they wrote the title song “You're A Sweetheart”), and Top of the Town, which featured the song “Where Are You?” That song was used as the title track for a 1957 album by Frank Sinatra.

The war years were successful for Jimmy McHugh. In 1943, he scored his biggest hit to date, the wartime song “Comin’ In On A Wing And A Prayer,” all about a heroic act of aviation.

That same year, he and Harold Adamson also wrote more civilian songs, including the romantic ballad "A Lovely Way To Spend An Evening" and the song “I Couldn’t Sleep A Wink Last Night,” which was featured in the film Higher and Higher. One of the stars of the film was none other than Frank Sinatra in one of his earliest film roles. Sinatra introduced the song in the film, and it was later nominated for an Oscar. (Sinatra would record that song again in 1957 with Nelson Riddle.) After the war, McHugh and Adamson wrote the hit song "It's A Most Unusual Day" for the 1948 film A Date With Judy.

In the 1950s, Jimmy McHugh and Harold Adamson continued to collaborate, but not as successfully. They tried to create a musical called Strip For Action in 1956, but it fell apart before it went to Broadway, mostly because they got in trouble with the censors. The show might have fallen into obscurity, were it not for Nat King Cole. He recorded several of the songs from the show with arranger Nelson Riddle, including "I Just Found Out About Love" and "Too Young To Go Steady," turning them into standards.

Jimmy McHugh mostly retired from the music business in the 1960s. He would pass away at age 74 in 1969. After decades in the music business, Jimmy McHugh’s final film song, "Reach For Tomorrow," ends on a hopeful note. It comes from the 1960 film Let No Man Write My Epitaph featuring singer Ella Fitzgerald. Fitzgerald recorded the soundtrack, too, a lovely, spare album with only voice and piano, reissued on CD with the title The Intimate Ella.