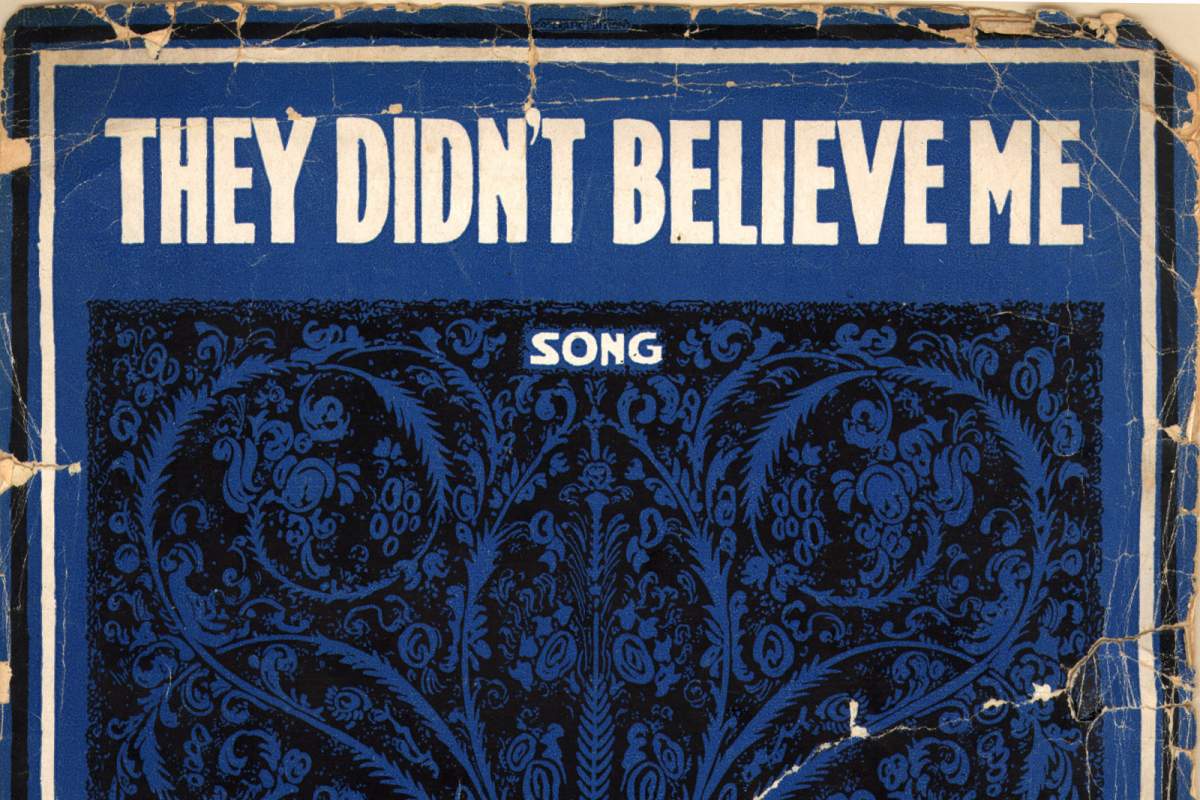 Alec Wilder called Jerome Kern, "the first great native master" of American popular song. And it's true, Kern was the elder statesman of song, the first of the group who could call themselves creators of the "Great American Songbook." This hour, we'll feature Kern's artfully crafted songs, like "All The Things You Are," "The Way You Look Tonight," and "Smoke Gets In Your Eyes."

Jerome Kern was born in New York City in 1885, years before his fellow songwriters like George Gershwin, Cole Porter, or Harold Arlen. When Kern's career began as a songwriter in the very early 20th century, the musical landscape in New York was much different than it was even 20 years later. In fact, as a theatre composer at that time, Kern could find much more success writing for the London stage, and he spent much of that first decade bouncing between New York and London.

The stage shows in those early West End and Broadway days were mostly musical revues, where different songwriters would contribute songs to a loosely held plot. However, this began to change with the musicals Kern wrote with Guy Bolton and P.G. Wodehouse at the Princess Theatre in New York. These show quickly became popular among the New York City elite.

Kern wrote over a hundred tunes in the first two decades of the 20th century, however very few of them are remembered today. The only early Kern song that had any traction in the jazz age was a tune he wrote for the Broadway version of the London show called The Girl From Utah in 1914. The song was called "They Didn't Believe Me," and it was notable for its 4/4 time signature (which differed from the typical waltz at the time). The song also had an unusual structure: its chorus started in the middle of a thought, it included a key change, and it showed a certain craft and sophistication that wasn't present in many theater songs at the time. "They Didn't Believe Me" has been performed by dozens of jazz and pop and jazz artists, including Mario Lanza, Dinah Washington, Julie London and Johnny Hartman.

By 1925, Kern had already written dozens of songs for Broadway shows, but his biggest success was yet to come. That year he worked for the first time with a young lyricist named Oscar Hammerstein II. Two years later, Kern and Hammerstein would collaborate again on a stage version of the novel Show Boat, all about travelling entertainment along the Mississippi. Within its serious storyline, and songs that seamlessly blended into the plot, Show Boat was different than any other musical at the time. It was also a smashing success. It ran for over 500 performances, sparked revivals, and revolutionized the musical. It was also rich with memorable tunes, including "Can't Help Lovin' Dat Man," "Ol' Man River," and "Why Do I Love You."

Kern and Hammerstein continued to have success together with musicals like Sweet Adeline and Music In The Air. The stock market crash meant that the musicals never quite reached the heights of Show Boat, but they were still filled with memorable songs like "Why Was I Born," "Don't Ever Leave Me," "I Told Ev'ry Little Star," and "The Song Is You." Kern and Hammerstein final Broadway musical together was Very Warm For May from 1939. It was also their biggest flop. The tune "All The Things You Are" from that show however was an undeniable hit, and became a hugely popular vehicle for countless jazz stars.

Kern's other big collaborator in his early Broadway years was lyricist Otto Harbach. Kern and Harbach worked together as early as 1925, but their biggest success came in 1933 with the musical Roberta. It was Kern's return to comedy, and included more memorable hit songs, like "Yesterdays" and the perennial favorite "Smoke Gets In Your Eyes."

By the late 1930s, Jerome Kern had left New York for Hollywood, where he would turn his attention full time to the film musical. Many of the tunes that we think of as Jerome Kern standards come from this era, including "A Fine Romance," "I'm Old Fashioned," "Dearly Beloved," "Pick Yourself Up," "All Through The Day," and "The Folks Who Live On The Hill." In Hollywood, he worked with a number of lyricists, including Dorothy Fields, Johnny Mercer, Ira Gershwin, and even again with Oscar Hammerstein. It was in Hollywood where he continued to cultivate his signature songwriting style, which usually included harmonic experimentation in the song's bridge.

Dorothy Fields was one of his most successful film collaborators. They worked together on Swing Time (where they won the Academy Award for Best Song with "The Way You Look Tonight") and a film version of Roberta starring Fred Astaire, Kern's Broadway musical that he worked on with Otto Harbach. Kern and Fields added the song "Lovely To Look At" and a revived version of the song "I Won't Dance." The song was actually lifted from a different Kern musical by Otto Harbach and Oscar Hammerstein, and lyricist Jimmy McHugh helped Fields with the rewrite. So Kern, Fields, McHugh, Hammerstein, and Harbach are all credited as co-writers of this tune!

Kern's other Academy Award winning song from his Hollywood years was the 1941 hit song "The Last Time I Saw Paris," written by Kern and Oscar Hammerstein, and performed by Kate Smith. That song was written shortly after Paris fell to the Germans in 1940, and later won the Academy Award for Best Song in 1941, despite not being written exclusively for the film. The Academy later changed the rules after this song.