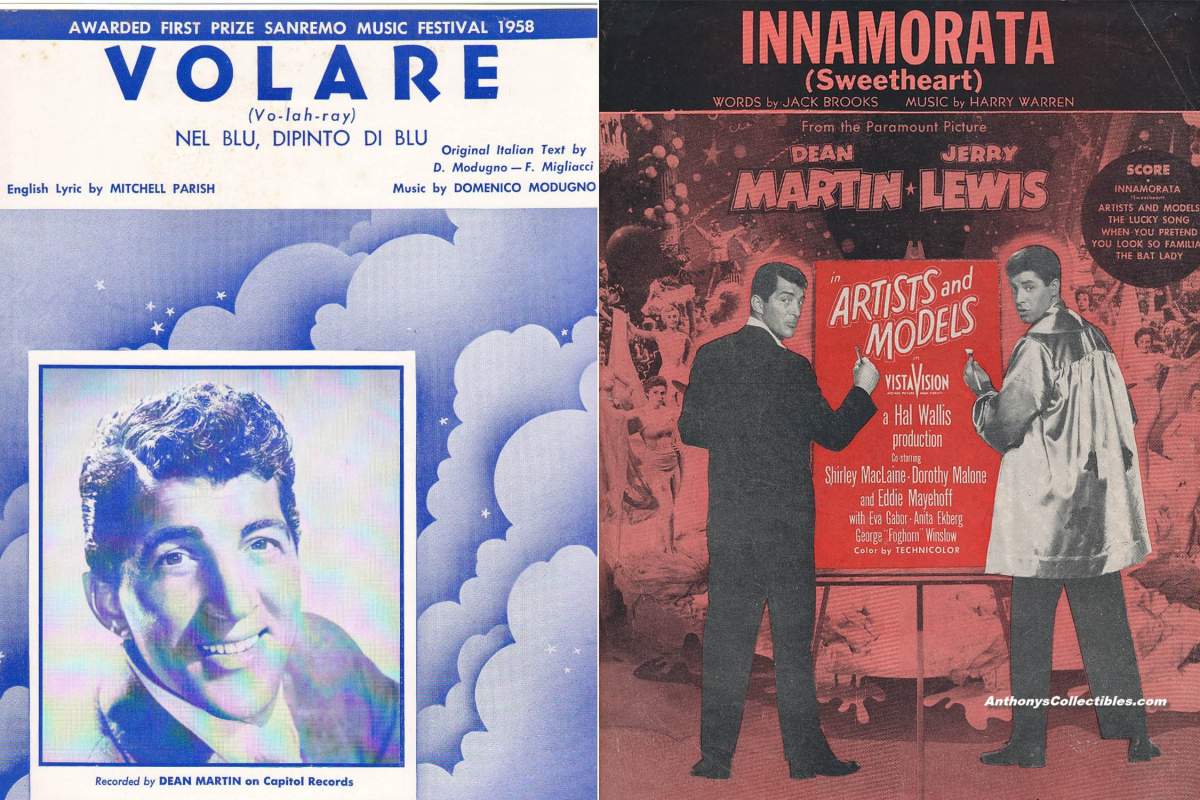 From 1947â€“1954, there were 25 Italian-Americans who had chart-topping hits in the world of American Popular Music. You may say that the Great American Songbook was shaped, at least in part, by these Italian interpreters. On this episode, we'll salute the Italian-American crooners, including as Frank Sinatra, Louis Prima, Vic Damone, Jerry Vale, Tony Bennett, Russ Columbo, Dean Martin,Â and Perry Como, hearing both well-known standards as well as songs from their Italian heritage.

There are countless minor deities of Italian crooners that are not covered on this episode, people like Julius La Rosa or Frankie Laine. But whether you were a titan like Sinatra, or a lesser idol like, say, Al Martino, all Italian-American crooners owe a great deal of debt to Russ Columbo. Columbo was the first Italian-American crooner. Equipped with the good looks of Rudolph Valentino and the romantic lyricism of Rudy Vallee, Columbo had a minor rivalry with Bing Crosby in the early 1930s, both as a singer and actor. He died young, however, at age 26 in an accidental shooting death, shortening an otherwise promising career. His legacy was substantial, especially among the next generation of Italian-American singers. The song "Prisoner of Love," penned expressly for Columbo by lyricist Leo Robin, became his signature tune. It remained a standard well into the 1960s, and was even recorded by fellow Italian Americans Perry Como and Frank Sinatra.

The next generation of Italian-American crooners after Columbo included Perry Como and Frank Sinatra, and both singers transcended their Italian heritage to become genuine American superstars. Como's real fame didn't come until the 1950s-he spent most of the 1940s in the shadow of Sinatra, despite being older. But Mr. C, as he was often called especially in his television days in the late 1950s and 1960s, started out as a big-band singer in Ted Weems orchestra. That was until 1942, when he broke out on his own, signed with RCA Victor, and joined in on the "crooner craze" that Sinatra already started the previous year when he left Tommy Dorsey's band. Como was even named "Crooner of the Year" in 1943.

As far as Italian-American entertainers go, you cannot ignoreÂ Louis Prima-although the word "crooner" never really applied to Prima. "Shouter" seems more appropriate. A trumpeter and bandleader from New Orleans, not unlike another famous Louis, Prima drew upon his Italian heritage quite often in his music-sometimes edging on parody with fake Neapolitana, or talk of Italian food. But Prima was as fine of a musician as they come, and his music and energy could excite like no one else in American Popular Song.

The King of all Italian-American Crooners is, of course, Mr. Frank Sinatra. For someone with Italian heritage, Sinatra rarely sang Italian songs-that was usually reserved for folks like Julius La Rosa or Dean Martin. But in the 1940s, when he was with Columbia records, Sinatra did embrace his Italian roots and sing a few traditional Neapolitan numbers. The standard "I Have But One Heart" is based on the Italian song "O Marenariello." If you're familiar with The Godfather this is the song that Johnny Fontane, played by fellow Italian-American crooner Al Martino, sings at Connie's wedding. Fontane's role was supposedly based a little on Sinatra's character-certainly Sinatra couldn't shake those stories about his Mafia ties.

One of the crooners who seemed to embrace his Italian heritage the most was Dean Martin.Â Born Dino Crocetti, Martin and his whiskey-soaked voice could croon his way through a ballad like no other. But when he's singing in Italian, that's when he truly shined. He's became known in particular for a handful ofÂ Italian-inspired songs, including "Volare," "Innamorata," and "That's Amore."

Those two songs were written byÂ Harry Warren, a songwriter with Italian-American Heritage born SalvatoreÂ Guaragna in Brooklyn, New York. Warren penned many other popular songs from the Great American Songbook, including "You'll Never Know" and "I Only Have Eyes for You," most of which are not Italian. One of Warren's many hits was "Boulevard of Broken Dreams." This song became one of the very first recordings forÂ Tony BennettÂ on Columbia in 1950, who like Warren, was an Italian American from New York who Americanized his name when he went into show business (Bennett was born Antonio Benedetto).