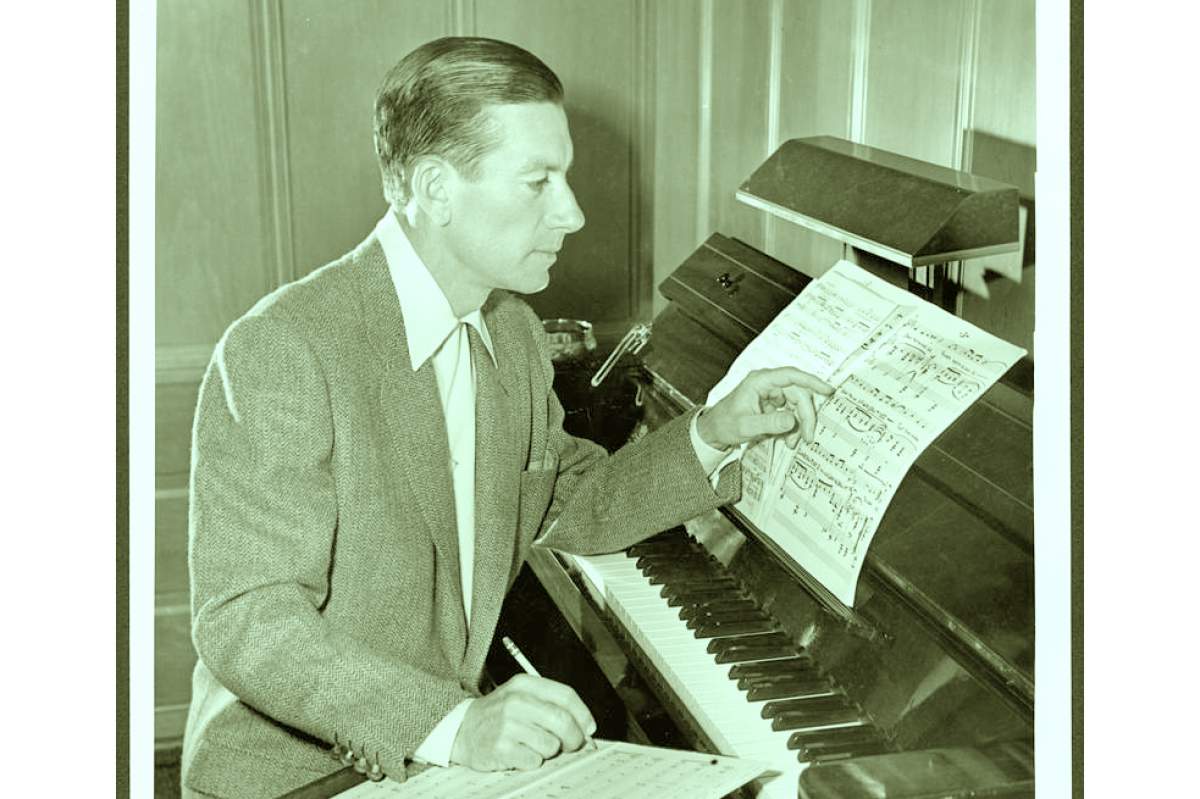 This week on the show, we begin a series looking at some of the finest singer-songwriters in the world of jazz, beginning with the man who Alec Wilder called, quote "the most talented, inventive, sophisticated, and jazz-oriented" of the pop songwriters from the early twentieth century, Mr. Hoagy Carmichael. Carmichael wrote complex songs that, coupled with the distinctive Midwestern drawl of his voice, made him one of the most singular talents of the American Popular Song, responsible for such songs as "Star Dust," "Georgia on My Mind," and "Skylark"

Howard Hoagland Carmichael was born in Bloomington, Indiana on November 22, 1899, and pursued an unsuccessful law career at Indiana University before finally succumbing to his first love: music. He was not formally trained, but took to the piano easily, and began to write songs, or as he put it, discovering songs as they quote "lie there on the keys, waiting for you to find them."

While at IU, Hoagy befriended another midwestern musician Bix Beiderbecke, an up-and-coming cornet phenom from Iowa, who would continue to encourage Hoagy as he chased his own fame. It was Bix's group The Wolverines who recorded Hoagy's first song "Riverboat Shuffle" in 1924 at the Gennett Records studio in Richmond, Indiana.

Just a few days before Hoagy's 28th birthday, Hoagy had his "coming out party," so to speak, when he was granted the opportunity to perform his own song "Washboard Blues" with Paul Whiteman, the King Of Jazz. It was an opportunity to show off his music on the national stage. Beiderbecke had introduced him to Whiteman just a month earlier, and Beiderbecke (along with the Dorsey Brothers) played on this record. Hoagy was nervous, but managed to nail the recording on the first take, despite Whiteman's other singer Bing Crosby, waiting in the wings.

However, the tune that would truly make Carmichael famous was one he wrote while still living in Bloomington, Indiana, before pursuing fame in Hollywood. He called it "Star Dust," two words, and it was no simple pop tune, although it was quintessential Carmichael. It's an instrumental melody at its core, with a sweeping range, complex, intricate chromatic lines, and disjointed leaps. But the overall effect is wistful and dreamy, and the later lyrics added by Mitchell Parish added to its dreaminess. Because of its complexity, it's a marvel that "Star Dust" has become as popular as it has, performed by everyone from Louis Armstrong, to Nat Cole, to Willie Nelson, becoming one of the most widely recorded songs of the 20th century. It's even more marvelous to hear Hoagy himself sing it, because while his voice lacks the refinement of other singers, he is able to handle that intricacies of the melody with such grace and easy.

Hoagy Carmichael and his Orchestra

In 1929, Carmichael moved out to New York, and soon found work as a song plugger (although never for the stage), and a performer, creating a band that included on occasion such luminaries as Jack Teagarden, Bix Beiderbecke, Benny Goodman, Gene Krupa, and the Dorsey Brothers. His songs like "Georgia On My Mind," "Rockin' Chair," and "Lazy River" became more and more popular, performed by Mildred Bailey, Louis Armstrong, the Mills Brothers, and Fats Waller.

Hoagy Carmichael wrote many different kinds of songs, from sublime and nostalgic tunes like "Star Dust" and "Georgia on my Mind," to the evocative character studies like "Washboard Blues" or "Rockin' Chair." If I had to characterize any Hoagy Carmichael tunes, I'd use the word "wistful," looking back on some good ole days with a folksy charm. But Carmichael's melodies were not folk melodies. His tunes are more jazz-oriented than just about any other songwriter of his ilk. Much of this nostalgia comes from the lyricists he worked with, like Paul Francis Webster or Johnny Mercer, who helped create that folksy atmosphere with a vocabulary that included rocking chairs, possums, sycamores, and rhubarb pies. He was also adept at writing songs that bordered on novelty, like "The Monkey Song" or his more ambitious "Hong Kong Blues," both of which he later performed in films The Las Vegas Story and To Have And Have Not.

In the 1950s, Hoagy Carmichael focused less of his attention on writing and performing, and more of his attention on his burgeoning film career, starring in such films as The Best Years Of Our Lives and Young Man With A Horn, a film based on the life of his friend Bix Beiderbecke. However, he did record one of his finest albums in 1956 under the title "Hoagy Sings Carmichael," where he approached many of his popular songs, now as a man well into his 50s.