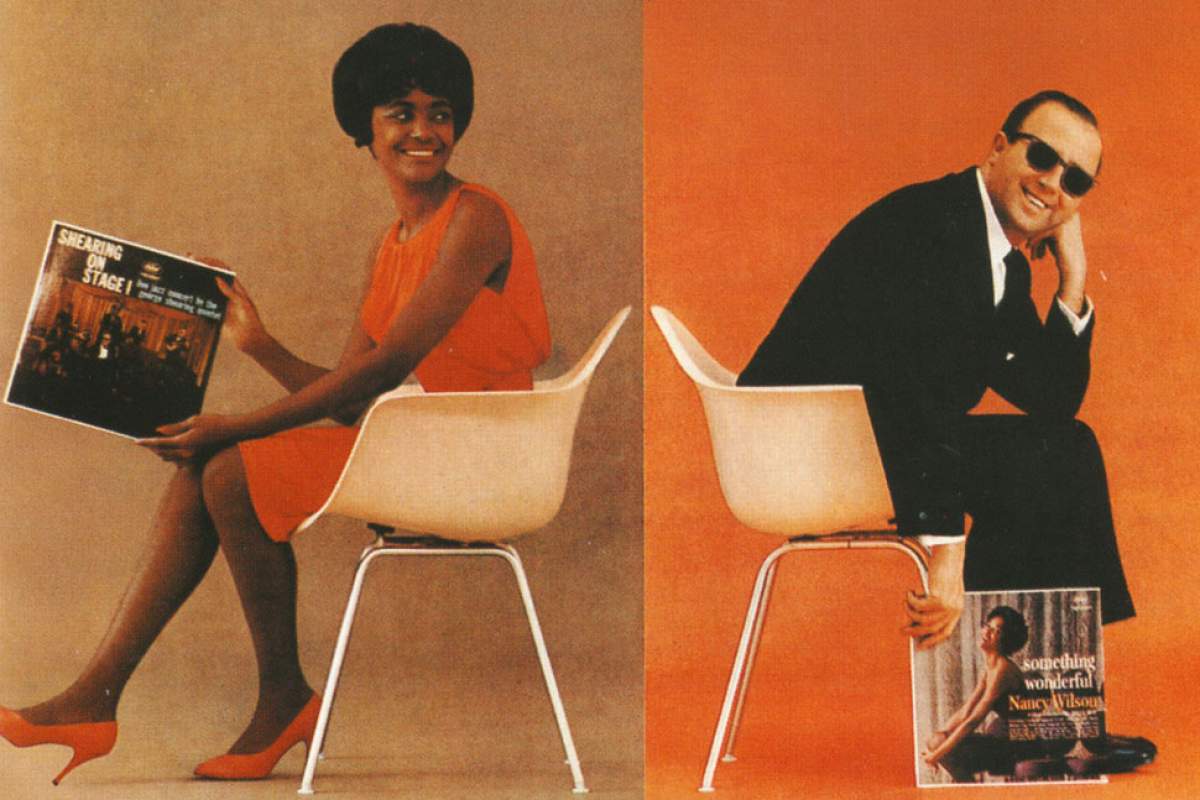 This week, we look at the work of George Shearing, the London-born innovator of jazz piano, whose distinctive style helped propel him to stardom during the 1950s and 60s. Shearing recorded both with his quintet and as a solo artist, but in this episode, we're looking at Shearing the accompanist, backing many great singers like Mel Tormé, Nat King Cole, Nancy Wilson, and more.

George Shearing was the toast of the popular jazz world in the 1950s and 1960s, a London-born pianist and blind from birth, who became known for his distinctive style. The Shearing style consisted of harmonizing each note of the melody with tightly-knit block chords, imitating on the piano the sax sections of Glenn Miller or Lionel Hampton's Orchestra. After becoming a star in England, Shearing emigrated to the U.S. in the late 1940s, where he soon created the unique quintet of piano, vibraphone, guitar, bass, and drums, a combo that would help him selling millions of records.

George Shearing's first collaboration with a singer came in 1958, a collaboration on Capitol Records with blues diva Dakota Staton. The album In The Night features Stayton performing on half of the tracks, and exhibits how Shearing's subtle touch at the keyboard creates a perfect late-night sound that worked so well in this era of the late 1950s, and inspired future collaborations on Capitol with Peggy Lee on Beauty And The Beat and Nancy Wilson on The Swingin's Mutual.

Shearing continued working with his quintet for all of the 1960s, but by 1970, he began to work more on his own, focusing his attention for a few years on his own record label Sheba. The first singer he worked with during the Sheba years was the former Basie baritone Joe Williams. Their 1971 album The Heart and Soul of Joe Williams and George Shearing features all songs with either "heart or soul in the title, some obscure and others fairly familiar. It's a great record that sounds like it could have been plucked right out of Shearing's 1950s Capitol sessions.

By 1979, Shearing had abandoned his Sheba record label to join Concord records, the label where Mel Tormé and Carmen McRae were signed. This led to a series of collaborations with Tormé that lasted for all of the 1980s and into the 90s. Shearing was also a composer who wrote dozens of songs over the years. But only one has become a bonafide standard, and that's the 1952 song "Lullaby of Birdland." It's been performed by dozens of performers throughout the years, and is a standout track on the Grammy-award winning 1982 album An Evening With George Shearing and Mel Torme. It's a track that features not only Torme's exceptional scatting ability and Shearing's brilliant Bach-like improvised fugue piano solo, but also Shearing's decent vocals.

Shearing continued to perform well into the new century, reaching the age of 91, before passing away in 2011. In 2002, he teamed up with guitarist and singer John Pizzarelli to record The Rare Delight Of You, a throwback album that resembled his heydays recording for Capitol Records. Even the cover is a direct imitation of the cover of Nat King Cole Sings/George Shearing Plays for Capitol Records exactly 50 years earlier.