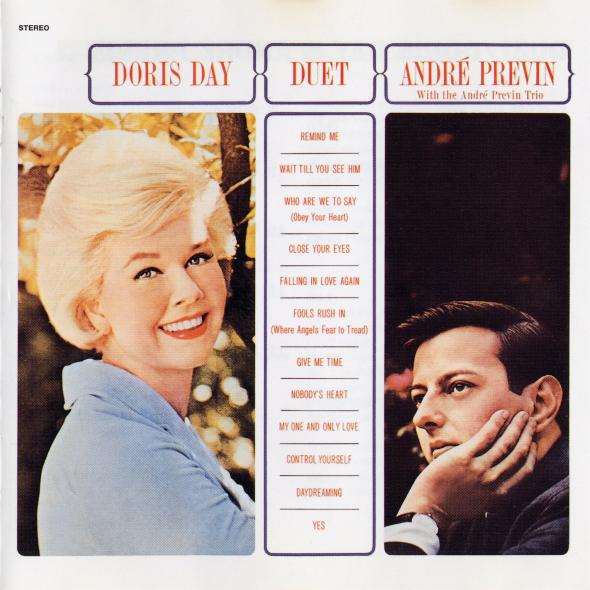 Doris Day and pianist/composer Andre Previn are both better known for their work in film than they are for their jazz and popular-song recordings, but in late 1961 they met for the first time and discovered, according to liner note writer Irving Townsend, that they shared a love for "sodas, animals, and ballads." The result was a jazz-vocal masterpiece, Duet.

Both Previn and Day were enjoying successful periods in Hollywood--Day just a couple of years off her 1959 hit Pillow Talk, and Previn having racked up Academy Award wins two years in a row for his scores for Gigi and Porgy and Bess. Previn and Day also shared an often-overlooked jazz pedigree; Previn had recorded with all sorts of West Coast jazz luminaries in the late 1950s, while Day had been a sublime big-band singer with Les Brown in the 1940s.

Duet, which also featured bassist Red Mitchell and drummer Frank Capp, grew out of Day's desire to do something different from the poppy, large-orchestra sides that she'd been making for years. Previn's elegantly restrained arrangements and the spare trio setting allowed Day to show what an excellent jazz singer she could be when given the opportunity. Previn was well-suited for this outing, having made a similar album with Dinah Shore, another fine jazz singer who rarely got to work in that context, just two years before.

Plus singer Tony DeSare's take on Hoagy Carmichael's "The Nearness of You":