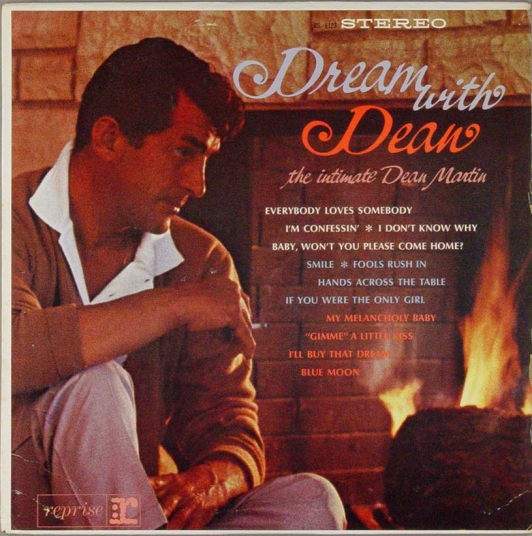 Dream With Dean is singer Dean Martin's excursion into late-night lounge ballads, with the vocalist accompanied by a jazz rhythm section made up of guitarist Barney Kessel, pianist Ken Lane, bassist Red Mitchell, and drummer Irv Cottler. Dream With Dean would be released almost simultaneously in 1964 with Everybody Loves Somebody, another Martin album that featured a more conventional orchestra-and-backup singers setting for the vocalist. Both albums would stay on the charts for a combined 80 weeks. Dream With Dean's laidback context makes it an album that liner note writer Stan Cornyn said will "relax you like sloe gin after a fast night."