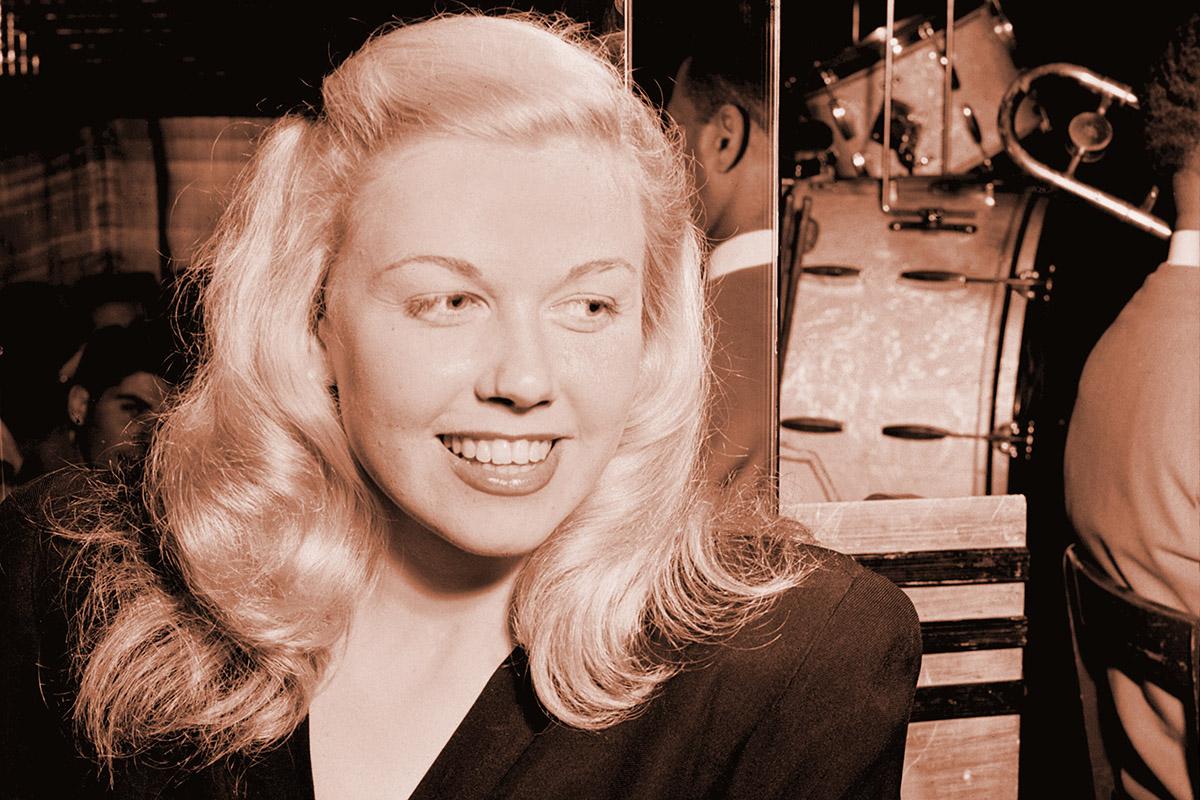 This week on the program, my spotlight is on the marvelous Doris Day. Day, who passed away at age 97 just this last month, was a film star, a pop star, and a bonafide American icon. But in the next hour, I want to explore the side of her that’s often overlooked: jazz singer. Day got her start as a singer with Les Brown’s Orchestra, pursuing a career as a jazz-pop songstress long before she even graced the silver screen. On this memorial episode, I’ll feature some of her best jazz recordings.

Before Doris Day was an icon, she wasn't even Doris Day. She was born Doris Von Kappelhoff in 1922 in Cincinnati, Ohio. Although her father was a musician, the young Doris wanted to be a dancer. However when she was a teenager, she got into a bad car accident, ending her hopes of a dance career. In her recovery, though, she started to sing.

She began by singing along to the radio, and then trying out her act in public. Before long, the young Doris was on the radio. Her first early success was with bandleader Barney Rapp. She became known for singing the song “Day After Day," so it was Rapp who suggested that she change her name to Doris Day.

Day’s reputation started to grow. She worked briefly with Bob Crosby and eventually with bandleader Les Brown when she was only 19 years old. She recorded several sides with Brown in 1941, including the song "Easy As Pie."

Shortly after this though, Doris Day left the band for personal reasons. She married trombonist Al Jorden and gave birth to a son, Terry. (Terry Melcher, her son, would later become a successful music producer in the 1960s). Two years later, her marriage ended badly, and by 1944, the lure of showbiz called again. With a two-year-old Terry in tow, Doris Day rejoined Les Brown’s band.

One of the first songs she recorded during her second tenure with the band would make her famous around the country. The song was called “Sentimental Journey,” written by Brown himself. When World War II ended a year later, the nation was clamoring for relaxing, sentimental music, and “Sentimental Journey” became just the song they were looking for.

The success of “Sentimental Journey” alone made her too big of a star to stay with Brown. So by 1947 she decided to go solo and was signed to Columbia Records. While Columbia’s producer Mitch Miller would quickly push her towards making pop records, her first recording session out of the gate was much more jazz-forward, recording the song "It Takes Time" by Arthur Korb with a small jazz ensemble.

Soon after Doris Day went solo, songwriter Sammy Cahn heard her perform. He thought she had charisma, and suggested her for a role in the upcoming film Romance On The High Seas. Day was a natural on the screen, introducing this song “It’s Magic,” by Sammy Cahn and Jule Styne. She turned “It’s Magic” into a top ten Billboard hit in 1948, but it became clear that Day’s destiny was to be a film star. Nevertheless, she continued to sing. And one of her specialties became the ballad, in the style of “It’s Magic” or “Sentimental Journey.”

After 1948, Doris Day became a bankable film star, featured in films like Romance on the High Seas, I’ll See You In My Dreams, Calamity Jane and many more. Her career as a film star mostly took her away from the jazz that got her started, putting her face on the silver screen and her music on the pop charts. But not always.

In the 1950 film Young Man With A Horn, Doris Day got to show off her jazz side. She co-starred in that film as jazz singer Jo Johnson the love interest of Rick Martin (played by Kirk Douglas). Martin is a trumpeter styled after the real-life jazz star of the 1920s Bix Beiderbecke. Beiderbecke’s real-life friend Hoagy Carmichael also co-stars in the film. Young Man With A Horn was a chance for Day to show off what a great jazz singer she was, and also got her working alongside jazz legend Harry James on trumpet. James was the person responsible for all of the trumpet playing in the film.

In that film, she recorded several jazz songs, including "I May Be Wrong (But I Think You're Wonderful)," "Too Marvelous For Words," and "With A Song In My Heart."

One of her follow-up films to Young Man With A Horn was 1951's Lullaby Of Broadway. On that film, she continued to show off her jazz side, singing the jazz and blues standard from 1930 called “Please Don’t Talk About Me When I’m Gone” and the Cole Porter standard “Just One Of Those Things.”

Day By Day and Day By Night

For the next several years, Doris Day’s music was mostly from her films, recorded in a light pop style, as dictated by Columbia’s head producer Mitch Miller and Day’s manager/husband Marty Melcher. However, around the mid-to-late-1950s, Doris Day tried again at the slow, intimate jazz style that made her famous in 1944 with the song “Sentimental Journey.”

The LP was becoming prominent, and other singers of her generation, like Frank Sinatra and Ella Fitzgerald, had begun doing the same. She recorded two memorable albums: Day By Day and Day By Night. The producer she worked with was Paul Weston who created lush jazz arrangements for Day to show off her some of her best ballad work to date, including well known songs like Gershwin's "But Not For Me" and lesser known tunes like "I See Your Face Before Me" by Arthur Schwartz and Howard Dietz.

Doris Day’s last great jazz recording came in 1961. She retired from singing almost entirely by 1965. The album was called Duet and featured her alongside pianist Andre Previn and his piano trio. Previn, who also passed away just a few months before Doris Day at age 89, had a way of tapping the elegant, jazzy side of many pop singers. He recorded a similar album with Dinah Shore just two years before.

This album features all slow ballads, like Alec Wilder's "Give Me Time," literally giving Doris Day time to show off that sweet spot of her voice that was lush, intimate and serene.