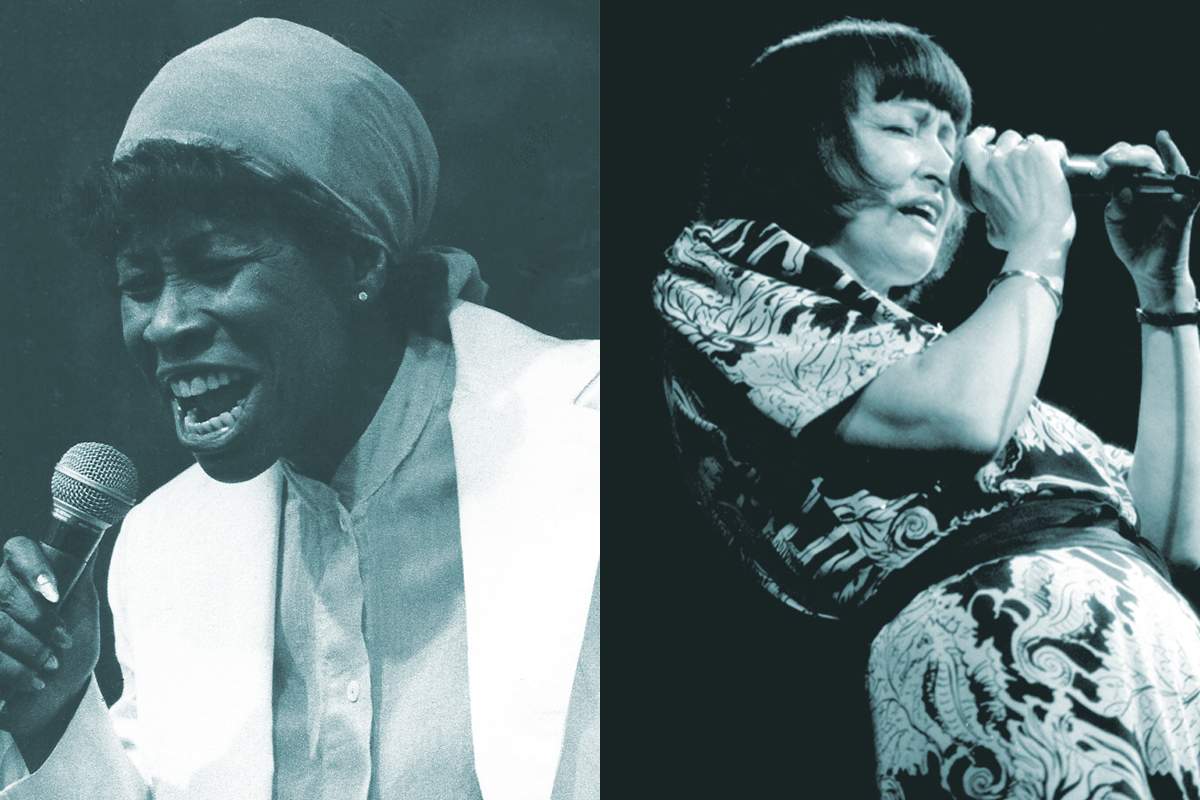 Detroit is a city known for its music. But before Berry Gordy and Smokey Robinson made Detroit the home of Motown and R&B in the 1960s, the Motor City was home to a thriving jazz scene. This week on the show, I'll showcase some of the finest jazz and popular song singers to come out of Detroit, including Betty Carter, Sheila Jordan, Margaret Whiting, and Dianne Reeves.

The early story of Detroit's popular music scene begins in the 1910s and 1920s, when the city became a songwriting hub, and the headquarters of the Jerome Remick Music Publishing company. The composer who ran that publishing company for a time was a man by the name of Richard Whiting. Whiting became one of the most successful songwriters from the early 20th century, composing such memorable tunes as "On The Good Ship Lollipop," "She's Funny That Way," "Ain't We Got Fun," "Too Marvelous For Words," and "Can't Teach my Old Heart New Tricks." Richard Whiting was also the father of singer Margaret Whiting, one of the biggest names in popular song from the 1940s and 50s. Margaret Whiting is probably most known for her 1943 hit "Moonlight In Vermont," as well as a memorable version of her father's song "My Ideal," which was Margaret Whiting's first million-seller. While Margaret was born in Detroit while he father was working there as a songwriter, she ended up moving to LA with her father and establishing her career out west. Nevertheless, Detroit can at least stake a minor claim to the Whiting gang.

In the first half of the 20th century, the city of Detroit was known more for its blues than its jazz, although it did have a burgeoning big band scene. Bands like Jean Goldkette's Orchestra and McKinney's Cotton Pickers, two early big bands, had their roots in Detroit. But in the 1950s, the jazz scene in Detroit hit its stride, with local artists like Thad and Elvin Jones, Tommy Flanagan, Yusef Lateef, Milt Jackson, and Kenny Burrell leading a new generation of hard bop musicians. The city was also home to a large following of bebop artistsÂ Charlie Parker andÂ Dizzy Gillespie. One of the singers to come out of this burgeoning scene was Teri Thornton. Thornton worked throughout the midwest in the 1950s, including Cleveland and Chicago, and possessed a supple, yet hearty and husky voice. Thornton had some minor success in the early 1960s, recording with Wynton Kelly and Clark Terry, but soon fell into minor obscurity in the 1970s and 80s. In 1998, Thornton's career began to rebound when she won the Thelonious Monk International Jazz Vocal Competition at age 64 (beating out both Jane Monheit and Tierney Sutton for the top prize that year). Unfortunately, shortly after Thornton was diagnosed with bladder cancer, and passed away in 2000.

Betty Carter may have been born in Flint, Michigan, but she was raised in the jazz scene in Detroit. Carter could trace her entire musical history to the city. At 16, she competed in a singing contest at the Paradise Theater. Two years later, she sang as a chorus girl with Charlie Parker at El Sino Nightclub, and some of her first engagements as a solo artist were at the Flame nightclub. Carter's affinity for bebop can be traced to the strong bebop and hard bop community that grew out of Detroit. Parker had a strong presence in the city, as did locals like Paul Chambers and Curtis Fuller. Betty Carter was known in her early days as "Betty Bebop," a nickname she hated, but which accurately described her style. Sheila Jordan had a very similar musical upbringing to Betty Carter. She was also equally enamored by the bebop scene is Detroit, and established herself as a singer there in the late 1940s. She was especially enthralled by Charlie Parker, who had a big fan base in Detroit. Parker in turn was impressed by Jordan's singing, and in the 1952, she married Parker's piano player Duke Jordan. Although Sheila Jordan was singing in Detroit in her 20s, her recording career didn't start until she was in her 30s. And for most of her professional life, she was teaching jazz, so she recorded infrequently. Her output though remains incredibly consistent-Jordan possessed a light and agile voice, and she was known to scat, usually over a simple bass accompaniment. Let's hear Jordan now, performing a Charlie Parker tune.

Another singer to come out of the Detroit jazz scene was Della Reese, a singer with an aggressive and energetic voice, but who's probably more well-known today for her acting (Reese was on the television series Touched By An Angel for many years). Born Delloreese Patricia Early, she adopted the stage name Della Reese in the early 50s, after becoming the house vocalist in Detroit's Flame nightclub. However, before Reese began singing jazz, she got her start in gospel as a teenager, performing in Detroit's premiere gospel quartet, and even on occasion with the queen of gospel Mahalia Jackson. By the late 1960s, Reese had turned mostly towards acting, but in the decade prior to that, she had quite the jazz and pop singing career: she recorded six albums for Jubilee records, nine for RCA, and five for ABC. Her most successful album was her first album for RCA simply titled Della. Recorded in 1959 with arrangements by Neil Hefti, Della isÂ a swinging affair and features Reese's unique and dynamic voice.

In more recent years,Â Dianne Reeves, one of the most celebrated contemporary jazz vocalists, also has her roots in Detroit. Born in Detroit in the mid 1950s, Reeves has become one of the most lauded and versatile singers from the last 20 years. Like her Detroit predecessors Betty Carter and Sheila Jordan, Reeves is an incredible scat singer. But Dianne Reeves is also a world-class interpreter of the Great American Songbook, and draws influence from Sarah Vaughan, Ella Fitzgerald, and Nina Simone.Â She's a Grammy winner many times over, including most recently in 2015 for her albumÂ Beautiful Life and back in 2006 for the soundtrack to the filmÂ Good Night, and Good Luck.