Clifford Brown And The Singers 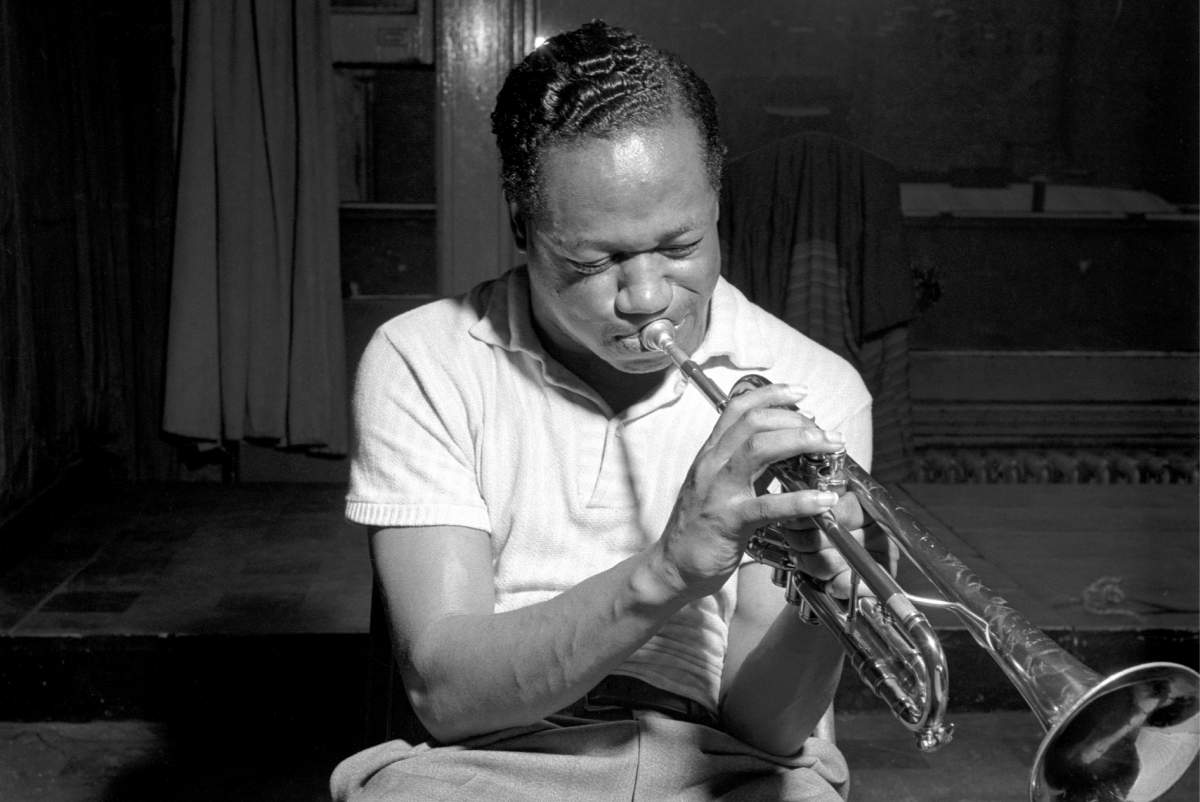 In a five-month period at the end of 1954, trumpeter Clifford Brown, the 23-year old phenom, recorded three sessions with three of the best singers of his day: Dinah Washington, Helen Merrill, and Sarah Vaughan. The three albums that resulted ended up being only time Brown recorded with vocalists during his tragically short life and career. On this episode, we'll feature those three legendary sessions for EmArcy Records, which also included appearances by drummer Max Roach, trumpeter Clark Terry, and flutist Herbie Mann.

Brown was a phenom out of Wilmington, Delaware, who developed a bop sound and a rich, warm tone - similar to his idol Fats Navarro - at a very young age. After touring Europe for much of 1953, "Brownie," as he was called, had a banner year in â€˜54. In February, he recorded a legendary night in Birdland with drummer Art Blakey, in an ensemble that was a precursor to the Blakey's Jazz Messengers. By April, he teamed up with drummer Max Roach to form the Clifford Brown/Max Roach Quintet, recording a series of albums together, which included core members Brown, Roach, George Morrow on bass, and Richie Powell (Bud Powell's brother) on piano.

Brown is featured on two tracks, Bob Russell's "No More," where he provides some subdued counterpoint to Washington's vocals, and "I've Got You Under My Skin," where his solo stands out among the all-star trumpeters. "I've Got You Under My Skin" starts with a Dinah and Max Roach alone, grooving with some Latin-esque rhythms. The highlight of the track, though, is the trio of trumpet solos in the middle. It starts with Clark Terry, a titan of bebop trumpet, doling out some fast-paced bop licks. Terry passes the baton to Maynard Ferguson, one of Stan Kenton's screechers, who shows off his famous acrobatics in the upper register. Last in line is Clifford Brown, the youngest of the group, who initially impresses with his signature warm tone. Brown then kicks it into the next gear and not only outpaces Terry's bebop speed, but also outshines Ferguson's high notes with perfect clarity. It's an incredible feat for the 23 year old.

In December of 1954, he recorded two more sessions for EmArcy with singers: first with Sarah Vaughan on December 16â€“18, and then for the debut album of Helen Merrill on the three days leading up to Christmas. Vaughan's session - which included flutist Herbie Mann, tenor saxophonist Paul Quinichette, pianist Jimmy Jones, bassist Joe Benjamin, and drummer Roy Haynes, with arrangements by Ernie Wilkins - is now considered one of her finest. Among the standout tracks is the ballad "Jim," which features a dazzling solo by Brown that complements Vaughan's vocals.

Brown's late December session with Helen Merrill was Merrill's very first session as a featured artist. At age 24, she had just been signed to EmArcy Records, where Brown was also signed. Despite being a few months older than Brown, and a few years older than the album's arranger Quincy Jones, Merrill was still the greenest performer in the room. The album's highlight is the opener, Billie Holiday and Arthur Herzog's "Don't Explain," a slow burn of a ballad, that features performances by Merrill and Brown that are delicate, hushed, yet incredibly sensual.

These three sessions would be the only time Brown would record with vocalists. After this, Brown recorded an album with strings for EmArcy, and recorded more with the Clifford Brown/Max Roach Quintet. But less than 2 years from his December session with Merrill, his life was tragically cut short. On June 26, 1956, Brown was traveling in the rain to a gig with bandmate Richie Powell, when Powell's wife Nancy, who was driving, accidentally lost control of the car. All three were killed. Considering that many jazz musicians from this era died because of their own abuses of alcohol or heroin, Brown's story is especially tragic. He lived a clean, healthy life. Many musicians used Brown as their example as they tried to kick their own heroin habit.

Brown had a tremendous legacy as both a musician and person. In 1957, saxophonist Benny Golson memorialized him in the song "I Remember Clifford," a song which shortly after was given lyrics by Jon Hendricks. The song was originally recorded by Donald Byrd in 1957, and has since been recorded by Dinah Washington, Sarah Vaughan, and Helen Merrill.