When the Chairman of the Board Met the Bossa: Sinatra and Jobim 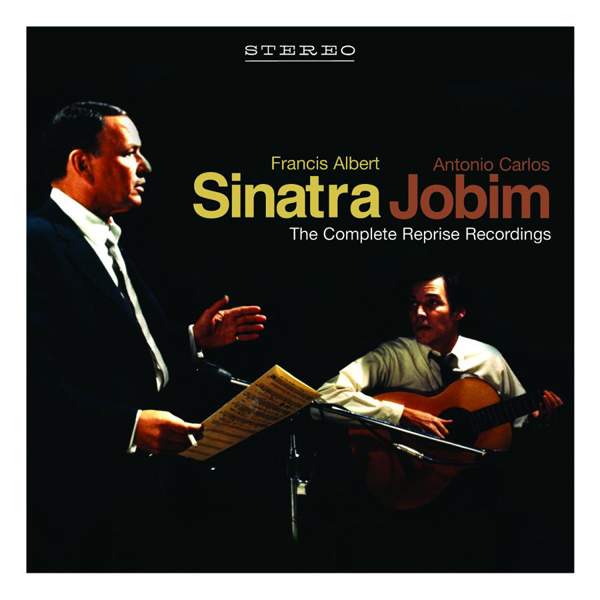 This week's Afterglow features Frank Sinatra's compelling 1967 collaboration with Brazilian songwriter, singer, and pianist/guitarist Antonio Carlos Jobim, generally considered to be the father of the bossa nova style. It was an interesting time for Sinatra; he'd just turned 50 a couple of years before and had recently had a huge hit with "Strangers in the Night," but he was still trying to navigate the sudden changes in taste that had thrown the popular-music world into so much upheaval. Bossa nova, which had been in vogue for several years at that point, was, as writer Will Friedwald points out, one of the more readily adaptable approaches for an old-school popular song artist like Sinatra to take.

Sinatra not only liked Jobim's music, he wanted Jobim himself on the album as well, which led to frequent Jobim arranger Claus Ogerman joining the date too. Sinatra sang very softly on this record; he joked in the liner notes that "I haven't sang this softly since I had the laryngitis." The album did well, getting into the top 20 and staying on the charts for half a year, considered successful enough for Sinatra and Jobim to record a sequel two years later. Concord Records recently put all of the Sinatra-Jobim material on a single CD, and we'll hear several sides from the first album on the show.

Watch Frank Sinatra and Antonio Carlos Jobim performing together in 1967: