Burt Bacharach and The Brill Building 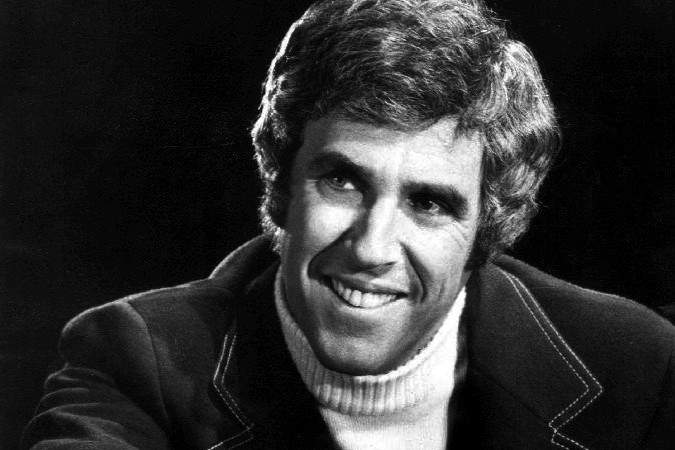 This time around on the program, we're examining the pop side of Afterglow by looking at the songwriting talent to come out of New York's Brill Building in the 1960s, especially the legacy of one of the Brill Building's most famous alum, Mr. Burt Bacharach. We'll hear this hour Bacharach's songs sung by Nancy Wilson, Ella Fitzgerald, and more, and later we'll salute some of the other great songwriters and singers associated with that mecca of music.

The Brill Building - 1619 Broadway in New York City, to be exact - was the epicenter of song craft in late 1950s and early 1960s pop music. What was happening inside Brill was a continuation of the ideals of Tin Pan Alley from an earlier era: a hub of music publishers and songwriters cranking out sleek and sophisticated music for a hungry audience. The main difference being that the audience in this case, was the teenage market. The heart of the Brill Building was probably Aldon music led by publisher Don Kirshner. Aldon employed a who's-who of songwriters (and sometimes performers), including Neil Sedaka and Phil Spector, as well as the songwriting teams of Carole King and Gerry Goffin, and Jeff Barry and Ellie Greenwich. All of these songwriters wrote songs for the Drifters, the Shirelles, and many other pop stars from the late 1950s to the early 1960s. There were other people who made their way through Brill over the years independently, and including the legendary team Jerry Leiber and Mike Stoller (who worked with Elvis and founded the 'girl group' record label Red Bird), the woefully underrated Doc Pomus and Mort Shuman (who wrote for Ray Charles and others), and of course, Burt Bacharach and Hal David.

Burt Bacharach was born in 1928, and met his primary lyricist Hal David in the Brill Building in 1957. Together, they produced dozens upon dozens of pop hits in the 1960s. Compared with some other Brill Building songwriters, and especially compared with the British invasion music dominating the charts from that era, Bacharach's music feels like a kind of relic from a bygone era. His music is lyrical with a touch of jazz, his chord progressions are colorful and complex, and a Bacharach song always has a subtle sophistication to it. In many ways, a Bacharach song has more in common with a song of Jerome Kern or Hoagy Carmichael, rather than many of Bacharch's pop contemporaries. His muse was mostly singer Dionne Warwick, who recorded many of his hits, including "Say a Little Prayer," "Walk on By," and "The Windows of the World." He also wrote songs for The Drifters, Dusty Springfield, Cilla Black, and many more. All told, Bacharach has had over 70 songs in the U.S. Top Forty charts over the years.