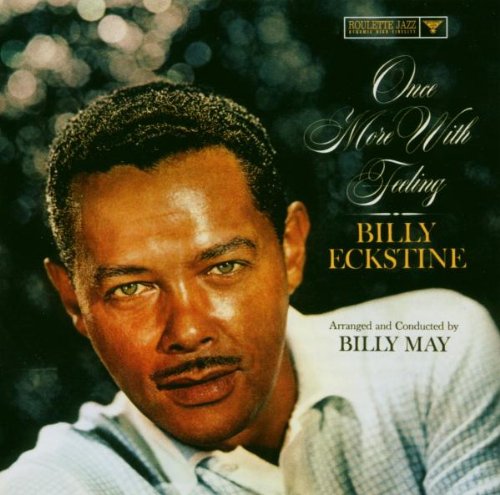 Perhaps this Afterglow show would be better titled "The Roulette Year," as singer Billy Eckstine did not stay with the label for very long.

But in his brief time at Roulette, the so-called "Sepia Sinatra" made three stellar albums that add up to a compelling chapter in his long career--an LP of standards with arranger/bandleader Billy May, a blues excursion with Count Basie, and a knockout live performance in Las Vegas circa 1960.

Though the racial climate of mid-20th-century America limited Eckstine's success (effectively torpedoing any sort of movie career, for example), "Mr. B" (a man of several monikers) ranks as one of the most smoothly elegant singers in post-World War II popular song.